Barcelona Stumble, But Their Lead Is Far From Humble 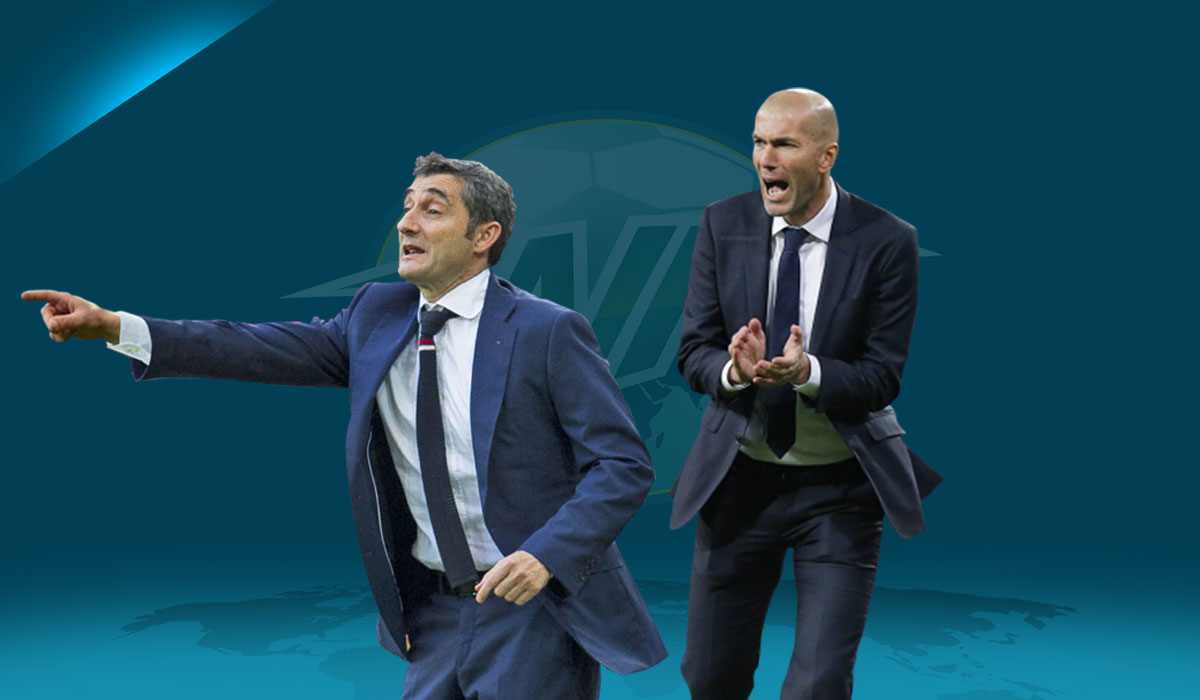 A week or so ago, Barcelona claimed a 1-1 draw away at Espanyol, thanks to Gerard Pique’s goal in the 83rd minute. RCD Espanyol, the ‘other’ club from Catalonia, have always felt that they are in the shadows of their more illustrious neighbours, and now they are at risk of not even being considered as the second-best team from the region.

That was until the latter stunned Barcelona in the RCDE Stadium during the first leg of the Copa del Rey quarter-final, writes Mudassir Mustafa.

By doing so, Espanyol became the only team to beat Barcelona in almost six months. However, Barcelona were still unbeaten in the league, not to mention victorious over the course of two legs.

On match day 22 in La Liga, Espanyol met with their local rivals again. When half-time struck, it was 0-0 in the RCDE. Just a few minutes after the hour mark, Gerard Moreno scored, and the stadium erupted. The fans had hoped for another victory over their neighbours, but it was Pique – who takes this rivalry a little more personally than the others – that had the last laugh. And so, Ernesto Valverde became the manager with the longest unbeaten league run in Barcelona’s history.

Even when they don’t win, they win.

A midweek victory over Valencia put Barcelona in yet another Copa del Rey final – their 5th in 5 years – before Barcelona hosted Getafe FC this past weekend. Valverde looked at his bench and the fixture was widely regarded, at least theoretically, as a walk in the park for the Catalans, but that was far from the case. A stubborn, highly organized and disciplined Getafe side clipped the Blaugrana’s wings en route to a well-earned 0-0 draw.

It was a frustrating night for Valverde, who blamed the hectic routine and recent fixtures for the performance slump. For the second consecutive weekend, Barcelona failed to secure 3 points. In the meantime, Diego Simeone’s Atletico Madrid bested Malaga with a narrow 1-0 win – a result which moved the capital side to within seven points of the leaders.

This is far from a slump for Barcelona, or at least not as disastrous a slump as their eternal rivals are still finding their way out of. But, two draws in a row raise some questions over Valverde’s selection and his team’s performance. Yerry Mina debuted as Pique was injured and Samuel Umtiti was suspended, but it was the toothless attack that failed to make their pressure count.

Luis Suarez, Lionel Messi, Paco Alcacer, Philippe Coutinho and Ivan Rakitic all failed to score for the hosts. It wasn’t the tactics that were to be blamed for the performance — Barcelona dominated the game, but they failed to create significant scoring chances. Suarez was not at his best, and the near-perfect Jordi Alba-Messi link was not obvious on the night, either.

While Barcelona dropped 4 points in 2 games, Atleti grabbed all 6 – vaguely reigniting the title race. Valverde said in the post-match press conference “You can’t win every match you play and you can’t be consistent all the time. We will have to work hard to win this league.” The most recent stalemate highlights the supreme defensive tactics pulled by Getafe’s coach José Bordalás and hints the lack of quality of the substitutes of Barcelona.

Barcelona have a whole week to recover from the mental and physical fatigue ahead of their Champions League fixture against a struggling Chelsea side.

Elsewhere, Real Madrid won emphatically, yet again, over La Real. Cristiano Ronaldo’s first hat-trick of the season in La Liga and a world-class first half by Los Merengues was enough to see off Real Sociedad, but the reigning champions still trail Barcelona with 17 points with a game in hand.

Interestingly enough, Zinedine Zidane started with a not-so-much used 4-4-2 with a double pivot of Toni Kroos and Luka Modric. Lucas Vazquez and Marco Asensio started the match ahead of any two from Gareth Bale, Isco, Casemiro and Mateo Kovacic. Last week, when Madrid were held 2-2 by Levante, it looked like there would no way out of the bog. But when Madrid scored 4 goals before the half-time whistle, many doubters were forced to eat their words.

Zidane’s Madrid have some fundamental pillars to their success: Kroos and Modric’s partnership in midfield, a massive contribution to the attack by the full-backs, quick counter-attacking football, switching play, and some indefinable individual brilliance. If these pillars are not standing – and for much of this season, they have not –  it is hard to register a win, but when they are all present, the champions become untouchable.

This week’s display was reminiscent of last year’s Madrid. Kroos, who had been caught struggling in recent matches, was finally back to his best. Marcelo and Asensio dominated their flank, and Ronaldo found his scoring boots at last. Real Madrid lowered the intensity in the second half, but they still won 5-2.

With Valencia beating Levante 3-1. Barcelona were the only team in the top four to drop points this weekend, but they still have a 7 point cushion from their nearest challengers.

Hay Liga? Not quite.