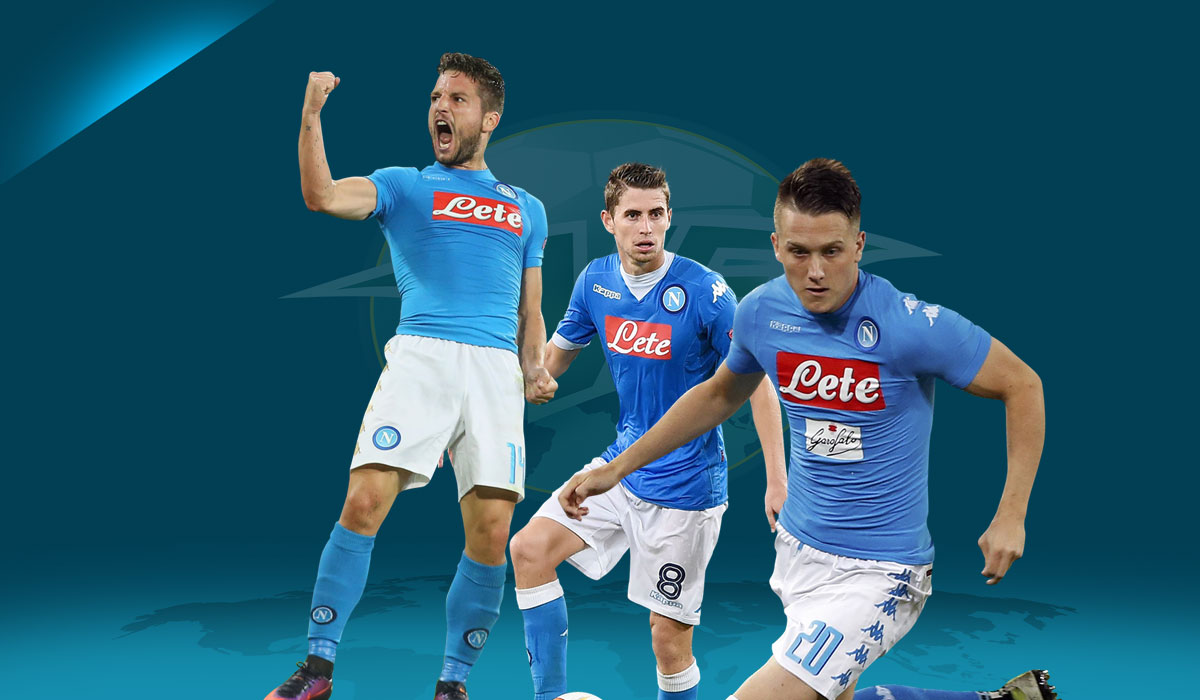 As Napoli entered the pitch to the Pet Shop Boys’ version of “Go West”, they had Juventus’ two point lead at the top of Serie A on their minds.

Their rivals for the Scudetto had the advantage of playing a day earlier, when they defeated Fiorentina by two goals to nil on Friday night. Goals from Federico Bernardeschi and Gonzalo Higuain were more than enough for the Old Lady to take three points from Florence, which really put the pressure on Mauricio Sarri’s side.

Not only do they have the threat from Turin from a team for whom winning, at least domestically, is second nature, but they also have the hope and expectation of city which hasn’t seen its side finish top of Serie A since 1990.

If this pressure wasn’t enough, they conceded in the opening minutes of their game against Lazio. Ciro Immobile is top of the goalscoring charts in Italy, but here he turned provider, curling in a dangerous cross for Stefan de Vrij to get the faintest touch on the ball as it found its way into the back of the net.

A theoretical pitfall had now emerged in reality, and Napoli found themselves needing to come from behind if they were to take all the points and return to the top of the pile. They did this by avoiding a state of panic, playing their natural game, and eventually working their way back into the game on the pitch and on the scoreboard.

By the time the 90 minutes was up they’d had 68 percent possession, compared to the 58 percent from the first half alone.

A route to goal emerged down their left hand side through Kalidou Koulibaly, Mario Rui, and Lorenzo Insigne, but this wasn’t always where their actual goals came from.

Jorginho ran things in the middle as all four of these players touched the ball over 100 times, with the Brazilian-Italian racking up 145 possessions. Sergej Milinkovic-Savic was the only opposition player anywhere near them with 87 touches. The goal just before half time was a bonus, as things had been a lot more even in the first half. Before Jose Callejon’s equaliser the shot count was just 4-3 in favour of the home side. By the end of the game it was 17-5.

With his first touch, Callejon was able to pull Jorginho’s long ball out of the air as he ran beyond the opposition defence, and with his second he found the back of the net.

Sarri was sent to the stands for dissent before the half time whistle, but his important work was done in the dressing rooms, and he sent on Piotr Zielinski for the injured Marek Hamsik at half time.

Callejon was again instrumental for the second goal, crossing low into the danger area and prompting Wallace, who was worried about Insigne lurking at the far post, to slide in and score in his own net.

Rui scored the third from a speculative long range effort with help from a deflection off Zielinski, but there was nothing speculative or lucky about the fourth.

Their dominance of the left side of the pitch finally led to a goal down this channel. Jorginho won the ball back in front of his defence before he joined Insigne and Zielinski in working the ball intricately out of a tight area.

Jorginho was able to release the Polish midfielder with a neat pass chipped over Wallace, and Zielinski carried the ball forward into the area. He waited for the perfect time to play Mertens in on goal with a deft, slightly lofted ball over the raised feet of the Lazio defenders who tried in vain to stop it. The Belgian forward and Napoli’s top scorer got the slightest touch on the shot with the outside of his boot to turn it past Thomas Strakosha.

With this breathtaking team move the comeback was complete. Prior to this moment they had merely come back on the scoreboard, but now the Napoli side which has topped Serie A for 19 of the 24 rounds of matches this season was back in full flow after an unrecognisable first half.

Partenopei may not have donned the Scudetto since 1990, but regardless of whether they hang on to pip Juventus this season, some of the best football in Italy is being played on the shores of the Gulf of Naples at the Stadio San Paolo.

But make no mistake, they’ll be desperate to capitalise on their dominance this season and any slip-ups this time around will hurt even more than in 2015/16 when late season defeats at Udinese, Internazionale, and Roma saw them fall away and allow Juventus to win their fifth consecutive title. They won’t want to let them in for a seventh.