Llop Feeling The Heat As Newell’s Continue To Struggle 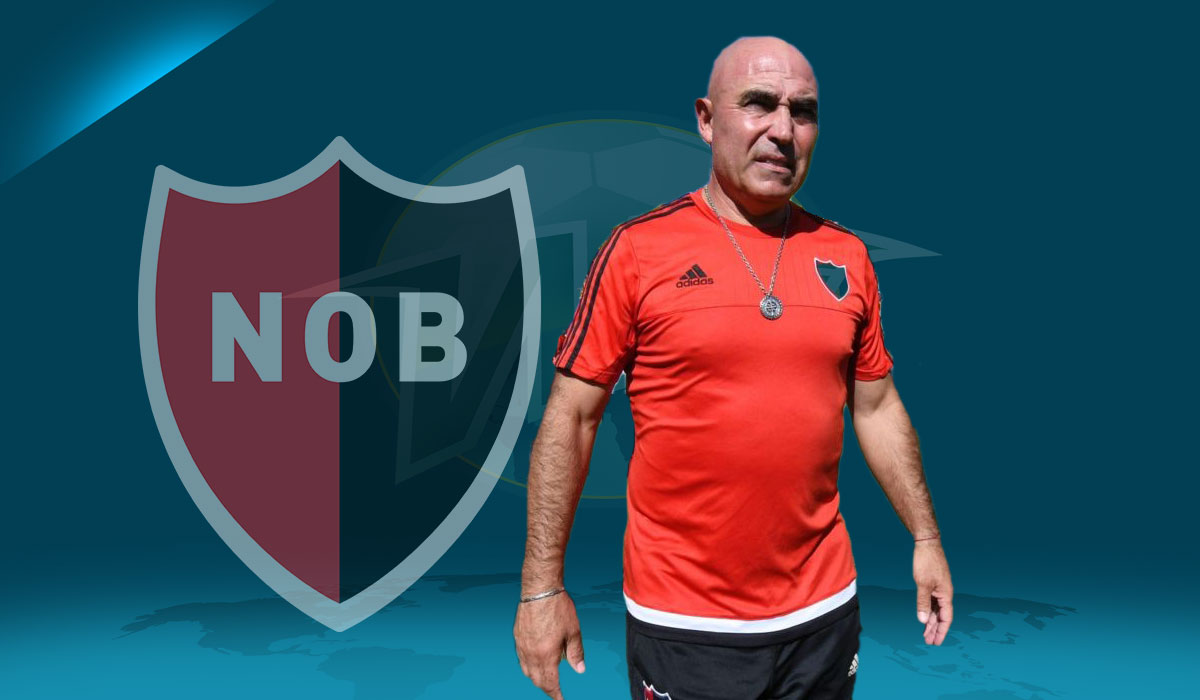 Newell’s Old Boys have always been a club with strong historical prominence in Argentina, and they are considered to be a breeding ground for managers who become successful at home and abroad.

The most obvious example is Marcelo Bielsa, the man who Newell’s stadium is named after. He was given his break into coaching by the Rosario side, and the team he managed in his second season in charge had many players who are currently making headway as managers, most notably Mauricio Pochettino, Tata Martino and Eduardo Berizzo.

The former industrious midfielder and current Newell’s manager doesn’t have the same coaching pedigree as any of the aforementioned names, and the club are suffering as a result. They are sitting in 23rd position in the table, with only one win in the past five games, and the fans are growing impatient with Llop.

The 54-year-old has had a journeyman career in management, managing 14 teams in his 16 years as a head coach, with varying degrees of success. It’s fair to say that his second spell as a  Newell’s manager is on course to end in the same way as the first, when he was sacked after only 19 games in charge.

The biggest achievement in his managerial career was when he led the small provincial club Godoy Cruz – who, at the time of his appointment, were a lowly club in the Primera B Nacional – to the title and a promotion to the top with ease.

They became the first club from Mendoza to ever play in the top flight of Argentinian football, but they were relegated straight back down, and Llop’s career as a manager has failed to hit those heights again.

The nadir of his managerial career came when he led Racing Club to the bottom of the table, who only survived relegation after a nervy play-off.

After the 1-0 loss to Colon at home, Newell’s fans’ disbelief at the situation intensified, and they made their displeasure clear for all to hear. During the post-match press conference, shouts of “Andate Llop” were loud and clear — in essence, “Llop, walk away”.

Newell’s are one of the biggest clubs in Argentina, despite not being part of the ‘Big 5’, and it’s sad to see their current plight. We might not find out if Llop can turn things around, as his time at Newell’s is surely nearing its end.

“The objective is to win 50% of the remaining points on offer, I am confident and optimistic that we can achieve that."#Newells #NOB pic.twitter.com/7UUBcpOiL7

Elsewhere, River’s poor form continued as they fell to a 1-0 loss to Lanus, a club who were also struggling before that result. The man with the best nickname in Argentinian football, Ezequiel ‘Kelly’ Carboni, picked up his first win as Lanus manager. Back to press conferences again, and this time Marcelo Gallardo was involved.

The River manager said “It is hard to get motivated when you are not playing for anything”, which is a frankly ridiculous statement. River Plate are arguably the biggest club in Argentina, and they are 8 points off a Libertadores place. Isn’t that motivation enough?

There was another shock in the Velez v Patronato game, where Patronato picked up a 2-0 win. If the result was a minor shock, then the list of goalscorers was an even bigger one. Sebastian Ribas, the man who had scored 8 out of the 13 Patronato had scored before the game kicked off didn’t score a single goal.

Despite this, he still sits joint second in the top scorers list. Without his goals, Patronato would effectively already be relegated by now.

A good week for @ClubPatronatoOf – check out our #Superliga team of the week where Sebastián Ribas' performance earned him the title of player of the round & Adrian Balboa scored goal of the weekhttps://t.co/h9yAWZghFY pic.twitter.com/gPDH4OSsmy

The other notable action in the previous gameweek was that of Ricardo Centurion. The notorious Racing player laid on an assist and scored an 84th minute winner against Olimpo.

He then executed a horrible attempt at a dance for a celebration, but Racing fans will be willing to forgive him for that. There is no doubting his capabilities as a player, but most of his problems are off the field. If he manages to knuckle down, he will be one of the best signings of the season, and easily one of the top players in the league.

There were also a few high scoring games in the Superliga this gameweek, especially in games where the goals were expected to be low. The league full of surprises delivered again though, as Defensa y Justicia v Chacharita finished 4-2 to the home side, and Huracan v Rosario Central ended up as a 3-2 win for the visitors. Both games were full of excitement and end-to-end action, showcasing some of the best qualities in the Superliga.

Next week, we have a few tasty clashes to look forward to: Racing v Lanus will be interesting, as will San Lorenzo v Newell’s. But who knows? This is the Superliga, after all.