Isco: From Real Madrid’s Darling to the Bernabéu’s Scapegoat 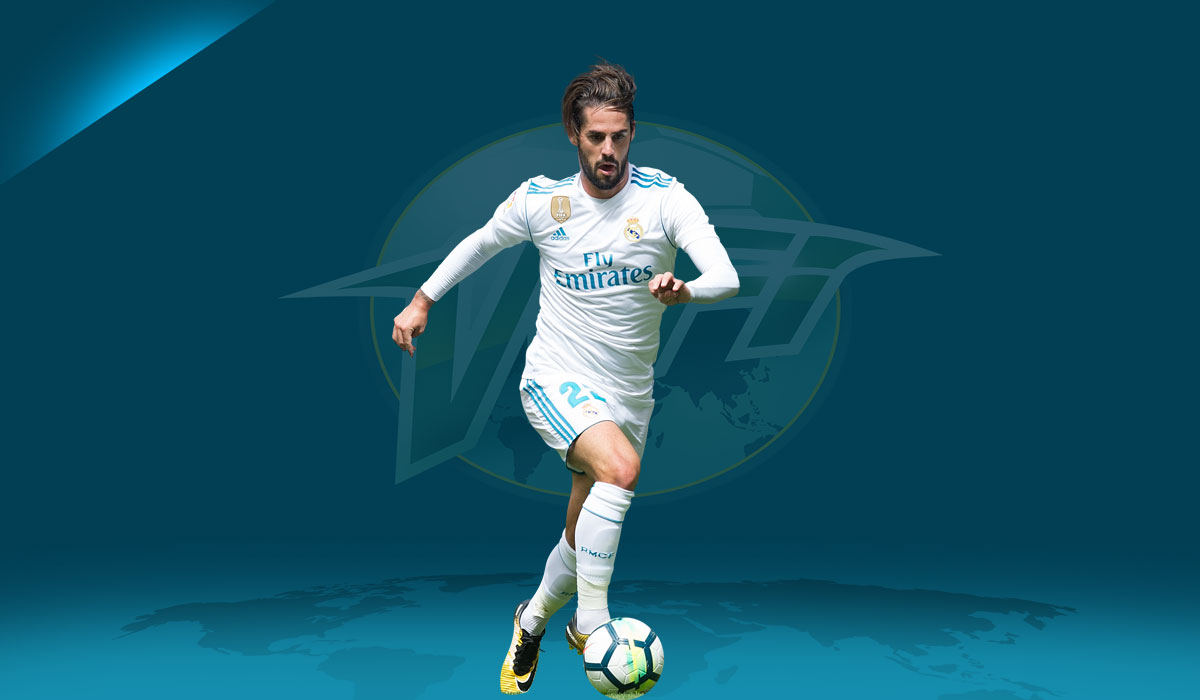 Halfway through last season, Gareth Bale got injured – a recurring theme which has haunted the Welshman’s career since his move to the Spanish capital. Instead of Marco Asensio – a nominal left-footed winger with a burst of speed and a bag of tricks – Zinedine Zidane turned to Isco, who ended the season as the team’s stand-out performer. So why is he now so reviled? asks Mudassir Mustafa.

At the tail-end of last season, Isco had truly come of age. The usual 4-3-3 formation (with the formidable BBC up top) was changed to a 4-4-2 diamond, with Isco playing behind Karim Benzema and Cristiano Ronaldo, with the other midfield positions taken by Casemiro, Toni Kroos and Luka Modric.

The formation worked wonders. Accolades, stats, standing ovations: you name it, Zidane got it – people were quick to analyse the change as well. In recent years, Real Madrid have been a team of stars that typically relied upon fast, counter-attacking football. One could argue that might be due to a lack of true midfield control; nevertheless, they have often personified counter-attacking football of the highest order.

The addition of Isco was initially perceived as a collection of croquets, roulettes, nutmegs and the like – things that don’t tend to suit counter-attacking football very well. However, Isco mastered his role, receiving standing ovations, man of the match awards, praise from around the globe, favourable headlines, and – most importantly of all – a starting berth in Zidane’s team.

Isco was the among the outstanding performers in their triumphant Champions League campaign, particularly in the semi-final – beating Atletico Madrid – and in the final, where Gigi Buffon’s Juventus fell short once again. Isco was the heartbeat of Real Madrid’s Duodecima and their 33rd La Liga crown, and come the start of this season, he picked up where he left off, with stellar performances in the victories against Manchester United in UEFA Super Cup and Barcelona in Supercopa de España.

All of this is especially impressive, given that he had a rough start to his career in Madrid. Carlo Ancelotti wasn’t overly fond of his playing style, and club president Florentino Perez knew Isco was not a marquee name (or dare we say a Galáctico), but it was Zidane – at that point fulfilling the role of advisor to the president – who adamantly advocated his signing. The arrival of Zidane in the dugout after the short-lived period of Rafa Benitez was a blessing in disguise for Isco.

Fast forward to September 2nd 2017 at Estadio Santiago Bernabeu: Spain hosted Italy in a World Cup qualifier, and the top spot for Group G was up for grabs. Isco, via breathtaking dribbling and creativity, reached out with both hands and grabbed the headlines, scoring twice on the night, and looking effortless all the while.

Chants of ISCO! ISCO! ISCO! raised the roof, and the Spaniard pulled off a sumptuous nutmeg on Marco Veratti. It looked as if Isco was an indispensable player for both club and country, and yet another injury for Gareth Bale meant he had all the time in the world to make the most of it.

However, the season has unfolded disastrously, to say the least. Real Madrid lost ‘the winning way’, and Isco became the scapegoat. The team who recently scored in 73 consecutive matches in all competitions had failed to score more than once against much weaker opposition.

Real Madrid’s best wins this season have come against Sevilla 5-0, Deportivo Alaves 7-1, and Valencia 4-1 – all three matches in which Isco didn’t feature, and a flat 4-4-2 or the faithful 4-3-3 were used by Zidane.

From standing ovations to relentless boos in the space of a few months – that has been Isco’s story so far this season, but it would be foolish to ignore his talent.

The return of both Gareth Bale’s fitness and Cristiano Ronaldo’s goal-scoring touch have pushed Isco further towards the sidelines. Real Madrid’s form was not his fault, and he should not be the scapegoat, the evidence of which can be found by looking at Los Merengues’ most recent outing in La Liga:

Against Levante, Zidane started with the 4-3-3, with Benzema, Bale and Ronaldo up top, but it wasn’t working. They needed Isco to come off the bench to score and put them into a 2-1 lead, then they conceded at the death yet again to drop yet more points in the league.

Isco came to his team’s rescue; they could have done the same for him.