Serie A in Europe: Previews and Predictions – The Calcio Consultant 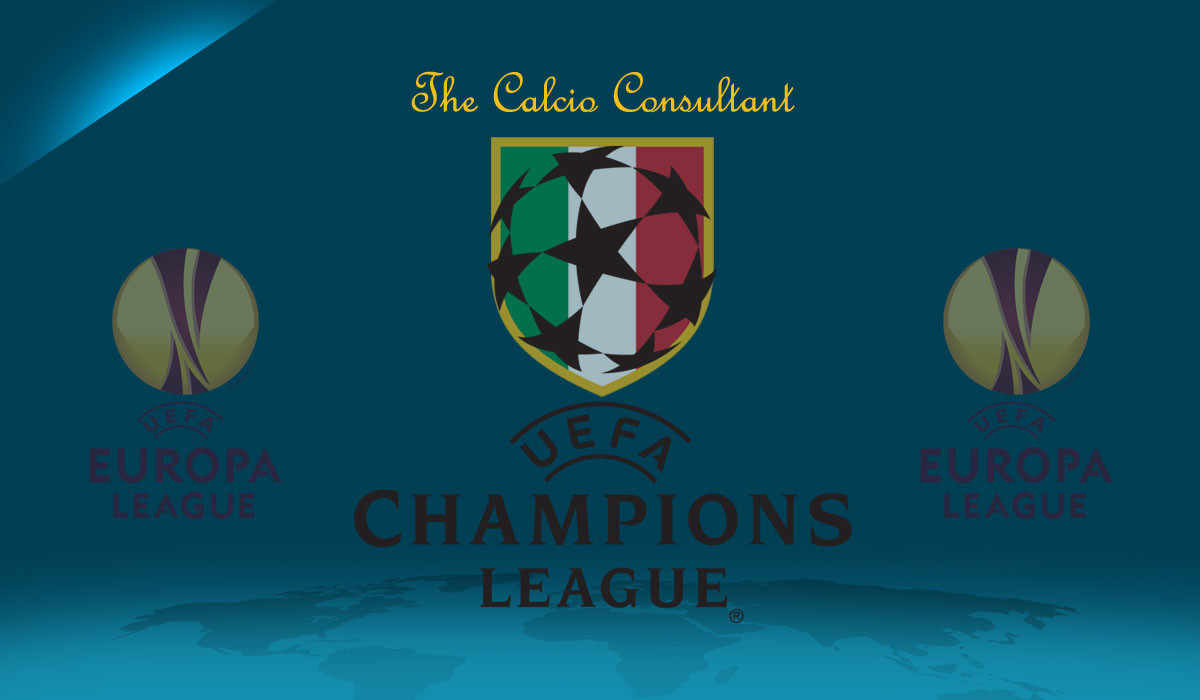 After a next-to-nothing January transfer window for sides in Serie A, we can now turn our attention to Europe’s premier club competitions as they come back into focus, writes Frank Crivello.

Before Christmas, we saw Juventus and Roma qualify for the knockout stages of the Champions League, while Napoli failed to qualify from their group and dropped into the Europa League. Joining the Neapolitans are Milan, Lazio and Atalanta, who all qualified from their groups. The latter two, in particular, were impressive in the group stage.

So, all six teams’ hopes are alive, to one degree or another, and the draw for the first knockout stage in each competition brought about some compelling match-ups for our teams on the peninsula. Let’s have a look.

If it wasn’t for the small matter of Real Madrid v Paris Saint-Germain, you could argue that this is the most compelling tie of the round. The young and explosive attacking style of the English outfit will collide with the experience and savvy of The Old Lady.

Tottenham’s situation: The North London side have enjoyed a nice run of form in domestic competitions, including a 2-0 win over a Manchester United side and a dominant showing against their local rivals Arsenal that will help their confidence for this game.

The profiles of their individual players have become more and more recognizable with every passing week — Harry Kane, Christian Eriksen, Dele Alli and Son Heung-min have long since become household names.

Hugo Lloris is among the best shot stoppers in the world, and they also added Lucas Moura from PSG to their ranks. This is a side that won a group over both Real Madrid and Borussia Dortmund, so they won’t fear the prospect of overcoming last season’s Champions League finalists.

Juve’s situation: It’s 2018, and they have yet to concede a goal. In fact, since a 3-2 defeat to Sampdoria on November 19th, Juve have only conceded once in all competitions. Max Allegri is doing this with a rotation of defenders instead of a fixed group.

Oh, and Gianluigi Buffon just returned from injury. Paulo Dybala is not expected to feature, and Blaise Matuidi is out, but Allegri has been the master tactician in setting his teams up.

They won’t be pretty – the 7-0 win over Sassuolo is an outlier – but they are effective and efficient. They’ll need to be both of those against Tottenham.

The Calcio Consultant’s 1st Leg prediction: Juventus to win 1-0. The Old Lady will be happy to take this advantage to Wembley knowing that only a draw in the second leg will be required. It’ll be cagey, which works in Juve’s favor.

While not the kind of big brand names as you got in the first Champions League match-up, this will still be an interesting one.

Shakhtar’s situation: This is the side that eliminated Napoli from this competition, thanks to their matchday one win in Ukraine. They won all of their home games in the group stage, and will be rightly buoyed by that.

There’s enough talent in this side to frustrate the Giallorossi, and it’s not out of the question that they can take a win to the Olimpico for the 2nd leg. The Ukrainians are top of their domestic league, and they boast several Brazilian talents like Marlos, Fred, Bernard and Taison.

Roma’s situation: Okay, Roma — the transfer window is closed, and Edin Dzeko is still your number 9. Under Eusebio di Francesco, they certainly haven’t been as prolific as they were under Luciano Spalletti. In league play, they have less goals now than at they did at the same stage last season.

I think the dip in form over the last month is down to the rumors around whether or not Roma would lose their Capocannoniere from a season ago.

They are capable of getting big results in away matches, as suggested by their unforgettable performance in the 3-3 draw at Stamford Bridge against Chelsea in the group stage.

The Calcio Consultant’s 1st leg prediction: A 1-1 draw. Considering their reasonable run of away results in the group stage, Roma won’t be intimidated at the prospect of facing Shakhtar in Ukraine. The travel won’t be new to them either, as they had a similar trip to Azerbaijan to play Qarabag in September. Roma will grab the lead, and Di Francesco will keep his team organized, but the hosts will find and equalizer, but the away side will have an all-important away goal to take to the Olimpico.

Giddy up. As draws for the Round of 32 stage go, they may not come more exciting than this. After disappointing in group play of the Champions League, Dortmund are starting to find some scoring rhythm lately and are in the Champions League places in the Bundesliga.

Atalanta, since topping a group that included Lyon and Everton, have worked their way back up the Serie A table, and they are in contention to return to a European place of their own. Both teams are capable of creating chances, and Atalanta have proven that they are taking this competition seriously.

The Calcio Consultant’s 1st leg prediction: A 2-2 draw. Across both competitions, this will be one of the most exciting games. Gasperini will be happy to take this result back to Bergamo.

Milan have been on cruise control in this competition, playing teams that no one has heard of for the most part. You probably know the name Ludogorets, at least, and Rossoneri faithful should be warned that this won’t be a formality.

The Bulgarian side are top of their league and have proven to be a nuisance in continental competitions. Like Shakhtar, Ludogorets are littered with Brazilian talent; Marcelinho and Wanderson, in particular, stand out. We’ll also have to see how Milan approach this competition. I would think (and hope) it’s a priority.

The Calcio Consultant’s 1st leg prediction: A 1-1 draw. This result will bother Milan fans, but it won’t necessarily bother Gattuso and co. Milan should be able to win at the San Siro, so to grab the away goal here will put them in a favorable position.

An official statement released by Ludogorets today warns that fans wearing other teams’ memorabilia won’t get access to the stadium ahead of Thursday’s Europa League game v AC Milan.
P.S. 300 Bulgarian fans of the Rossoneri are expected to watch the game live…

Another Italy v Germany match-up, and considering their respective styles, you would think we are in for a classic. Slight problem — Napoli may not care. The Partenopei are deeply entrenched in a Scudetto race with Juventus, and they may consider the Europa League to be little more than a nuisance.

Leipzig’s Champions League hopes for next season are not secure, so they may focus on finishing in one of those places in Bundesliga over attempting to win this competition. The German side have some up-and-coming players (in terms of global attention)in their ranks, including Emil Forsberg and the Liverpool-bound Naby Keita.

The Calcio Consultant’s 1st leg prediction: A 1-1 draw. Napoli might not care about this competition, but I just can’t see them losing at the San Paolo. RB Leipzig will be happier with the result than their hosts, and they’ll have the edge for the 2nd leg in Germany.

The last of the Europa league match-ups sees the Romans heading to Romania. Lazio have started to struggle in recent games, with Simone Inzaghi admitting that his players are getting tired.

They are currently hanging on to a Champions League place for next season; they are third in Serie A, and are fighting off Inter and Roma for now.

You could see them prioritizing league position over Europa League, but Inzaghi has seemed to take a ‘win everything you’re in’ approach. They’ll be tested in Romania by a Steaua side with decent talents at their disposal, such as Filipe Teixeira, Constantin Budescu and Denis Alibec.

The Calcio Consultant’s 1st leg prediction: Lazio win 2-1. Again, I think Lazio will go for everything they’re competing in — they’re also still in the Coppa Italia. This match will be tense over all, but in the end, the Blucherati will have too much quality for their Romanian counterparts.