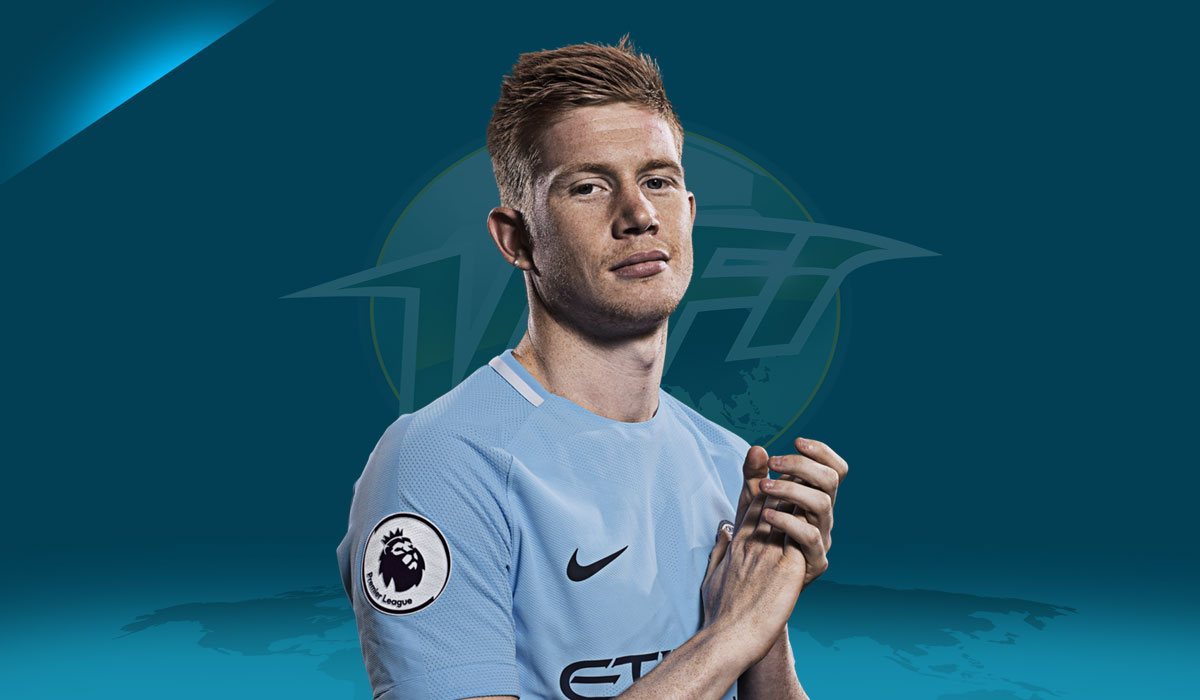 When Pep Guardiola was asked whether Kevin De Bruyne is now at a level where he can challenge for the Ballon d’Or, he responded affirmatively, but recognised that Manchester City will need to win trophies for it to happen, writes James Nalton.

His comments came after another breathtaking display from the 26-year-old during which he set up three goals and ran the game from an attacking midfield position before dropping deeper in the latter stages.

His assists for Raheem Sterling and Sergio Aguero helped his side to a 5-1 victory, and took him to 77 assists for the last six seasons, which means he has more than any other player in Europe’s top five leagues during this period, just ahead of Lionel Messi’s 76.

Overtaking Messi naturally led to the idea that he’s now up there with the best in the world. There’s no doubt that he is the best player in the Premier League, edging ahead of the likes of Mohamed Salah, Harry Kane, Eden Hazard, and team-mates including Sergio Aguero, David Silva, Raheem Sterling, and Leroy Sane.

The question now is where De Bruyne sits in the pantheon of European football, and by extension, world football. When asked about his midfielder’s performance against Leicester, and whether his displays this season mean he’s up there with the best, Guardiola responded positively:

“No doubt [he’s at that level]. It’s not one game it’s all season, every three days playing that way.

“But the way he plays it’s difficult to find one [like him] in Europe. To be there you have to be there in the latter stages [of the Champions League] or you will not be nominated.”

If players like Neymar and Kylian Mbappé are in the Ballon d’Or picture, then De Bruyne has to be up there too.

Neymar swapped a star-studded Barcelona side for the riches of Paris Saint-Germain, but unlike De Bruyne it seems like brand Neymar will be in the mix for the Ballons d’Or regardless of titles won; and Mbappe’s profile is somehow already higher than De Bruyne’s seeing as he finished above him in voting for the 2017 award.

Even if De Bruyne does win the “titles and titles and titles” Guardiola speaks of, then there may still be other obstacles to overcome before he gets the plaudits he deserves.

In an age where a player’s individual recognition is as much about their brand as it is their actual performance, the Belgian may suffer due to his humble nature and more placid self-promotion.

He prefers assists to goals, and would rather help his team than grab the headlines for himself. Though in doing so, he often makes the headlines anyway, which is something else he has in common with Messi.

“I always like to assist more than scoring. It gives me another feeling,” he told Sky Sports.

“When you score it’s a great feeling but to give a great pass means it’s something special for me. It’s very under-rated, what we do.”

“We creators have a thing with the attackers. If they don’t score you think: ‘I did such a great job and you’re messing it up!’. If we give a bad pass they’re going to say: ‘What are you doing?’”

De Bruyne’s work rate this season has been exceptional, and he’s started all but one of his side’s Premier League and Champions League games. The only one he missed was the final game of the Champions League group stages when City had already qualified.

His stamina alone deserves recognition. While many world class players will conserve energy in order to be ready when their headline grabbing moment arrives, there is none of this in De Bruyne’s game. He puts as much effort into a tackle in near his own box as he does into crossing, passing, and shooting in the attacking third.

Playing at any kind of consistent level “every three days” is difficult enough for any player, let alone one whose level is this high.

If his side can go into the depths of the Champions League knockout rounds, or if Belgium can do some damage at the World Cup, the De Bruyne could be higher than his current position of 14th in the Ballon d’Or rankings come the end of 2018.

Just don’t expect him to be ahead of brand Neymar.