Rafael Santos Borre – Will Goals Flow For Colombian At River? 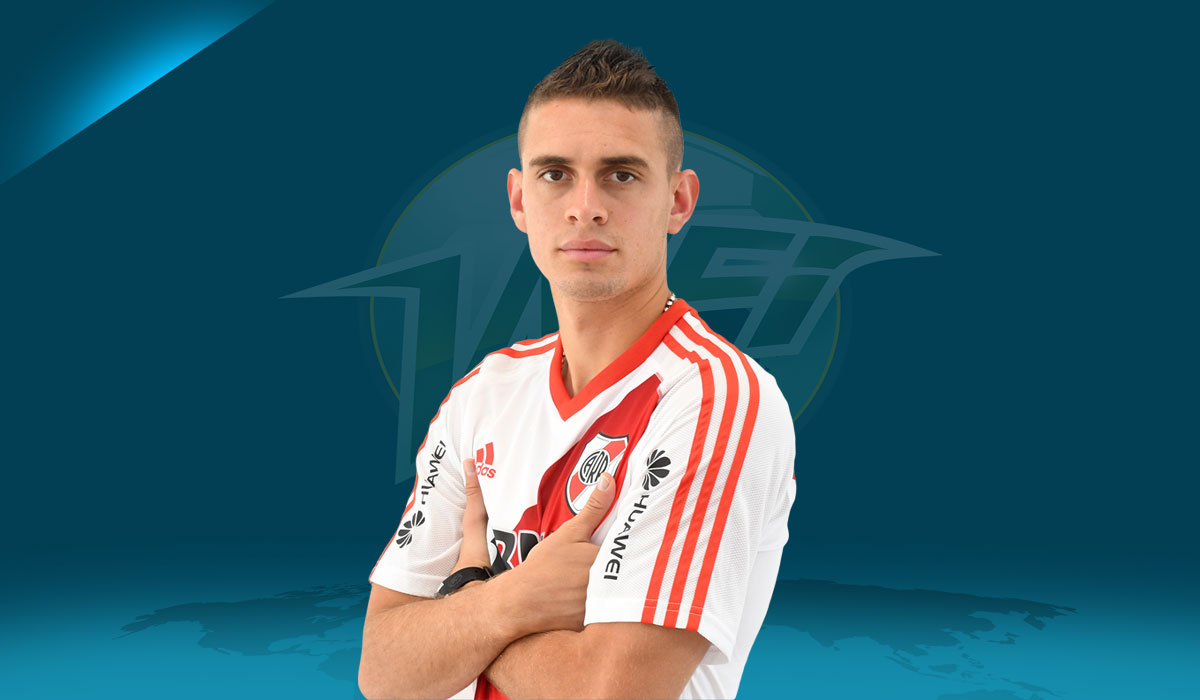 Colombia has produced many ﻿good strikers through the years, from Arnoldo Iguarán and Faustino Asprilla, to Radamel Falcao.

There has recently been a very successful generation of attackers coming through for the nation, but it’s almost coming to an end.

The national team need a replacement, and they do have numerous options to choose from. Rik Barendrecht highlights one pick for the striker position: 22-year-old. Rafael Santos Borré who is currently playing for River Plate.

From Cali to Madrid?

Santos Borré was a bright star in the Deportivo Cali youth academy and was quickly noticed by multiple big European teams. The clubs were impressed with his shooting ability and one on one qualities.

Atlético Madrid signed the young Colombian striker for €2.75 million, in a deal which included a loan back to Cali.

He played nine games for Cali and scored four goals. Atleti thought that his loan back would give him more time to develop in his native country, but this wasn’t to be the case.

He struggle for game time at Deportivo Cali, and though Madrid saw a lot of potential in him, they didn’t think that he was good enough for their first team squad.

As a result Atleti loaned him out to Villarreal, where he ended up playing 32 games, scoring just four goals.

His time at Villarreal wasn’t a total waste as he was able to get a fair bit of playing time in a top flight league.

His time there will eventually be looked back upon as a good thing. Atleti, though, decided that he wasn’t going to be a regular in the first team squad and ended up selling him to River Plate in 2017 for €3 million.

This transfer should bode well for the future, and Santos Borré played 11 games which produced three goals and two assists. Despite this, he will be serving as a back up at River but will be looking to force his way back into the spotlight.

Santos Borré is a very pacey striker with solid shooting ability, but this could certainly improve. Part of the development needed in this area is to improve his composure in front of goal. This mental aspect of his game is something which needs work if he’s to attract European teams again in the future.

His game intelligence is impressive and he can pick out a team mate from almost any position on the pitch. He has a good reading of the game and can use this along with his skill to affect games.

Physically he can hold his own, muscling trough most defences, but he isn’t a perfect striker as he’s just not consistent enough yet.

Santos Borré can play a few good matches in a row before entering a real goal drought, and this was one of the reasons his adventure in Europe didn’t turn out to be very successful.

He is a striker that can create his own chances from nowhere, but on the back of this he can become overconfident which then leads multiple losses of possession.

Santos Borré is a really talented striker who hasn’t capitalised on his potential just yet, but could still end up at a level where he is able to succeed in South America before moving to Europe again.

His transfer to River could end up being a great one. He will be serving as a back up for Lucas Pratto from who he should be able to learn a lot.

Let’s hope that this season will be a great one for him!