Hope For Albion – Why Blunt Brunt Pep Talk Could Change Everything 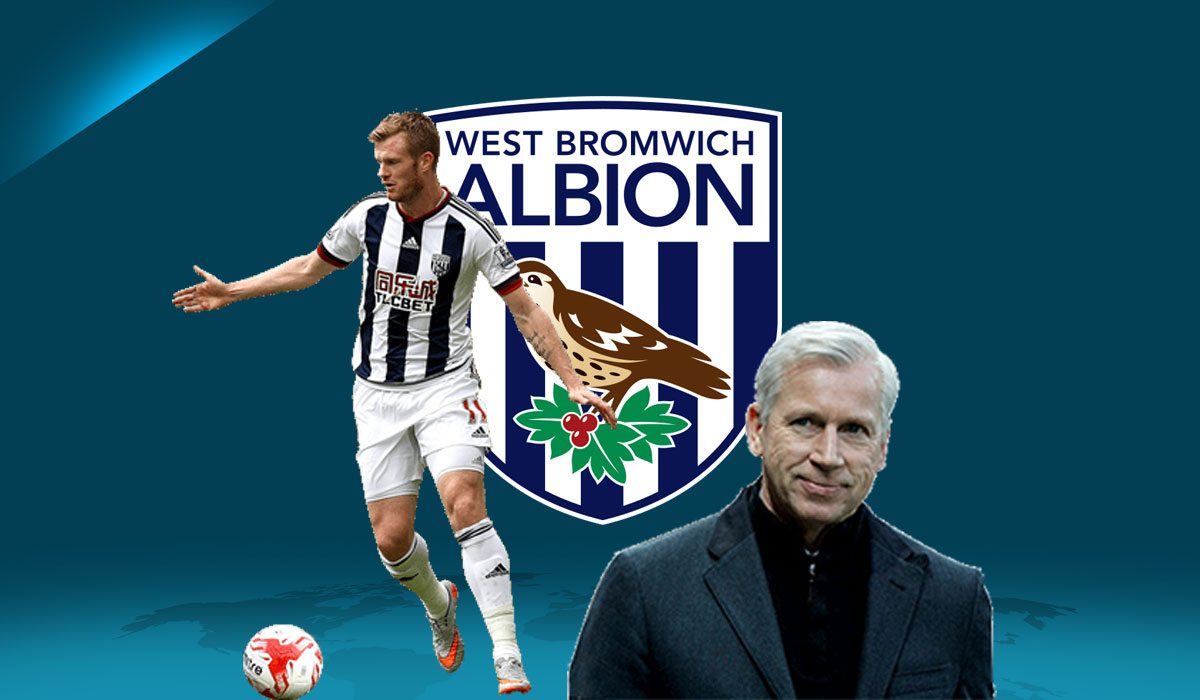 After losing 3-0 to Chelsea the week before, Alan Pardew’s men had sunk to rock-bottom in the aftermath of their 2-1 defeat to Huddersfield Town at the Hawthorns, writes Maryam Naz.

Yet the West Bromwich Albion players have not appeared to lack vigour or passion, despite all evidence pointing to their relegation come May, and there is one player in particular leading the charge: Chris Brunt.

The Northern Ireland international was a part of a so-called ‘bust-up’ with his own team-mates and manager, when he questioned those who had underperformed in the loss to Huddersfield, and the tactics endorsed by Pardew.

Whilst some say that this will prove to be the final nail in Pardew’s coffin, especially since it occurred in the aftermath of a certain team-bonding session gone wrong, the harsh words dished out by Brunt may just be the necessary truths needed to incentivise his teammates to emerge from their current slump.

The post-match admonishment dished out by Brunt towards his own players won’t supersede the likes of Sir Alex Ferguson’s ‘hairdryer treatment’, or the sting of Brian Clough’s insults, but it was one, according to Kevin Phillips, that was filled with the same passion and vigour. Fuelled by a similar need to drive his players into being mentally stronger on the pitch.

Brunt was by far Pardew’s best player in the defeat to Huddersfield, even though he only came on in the second half. Though his team were unable to find a leveller after Steve Mounie scored in the 56th minute.

He stormed into the dressing room after the final whistle had been blown, demanding answers from his underperforming teammates as well as his manager, disagreeing with the preferred 4-4-2 formation he’d set out.

Fans are now calling for him to be made club captain https://t.co/DK65jXhSMe

Spats between players and managers have often led to divisions within the team, causing general disarray, yet Brunt’s outburst may prove that sometimes it may be necessary to revive a team facing relegation.

In vocalising his beliefs, it has become evident that harsh words behind closed doors may not always need to have negative implications.

Indeed, a lack of dissent, or maintaining silence or docility may create an environment where players performances may stagnate. This could be the reasoning behind the havoc occurring at Arsenal, the uncertainties behind Arsene Wenger’s job, and the underwhelming performances of the team under his management.

His trademark lack of a proper telling off, and docile responses to opposition goals or action from the touchline may be the cause of their under-par physical displays, as highlighted so scornfully by Gary Neville during the League Cup final.

This is an idea that has been mirrored by his own players; there is no Brunt-like figure within the Gunners’ ranks, and their performances over the decade may be suffering because of it.

So this begs the question; where does the line between player and managerial confrontation be drawn on a scale of general debating to milk being thrown at people?

Can it help motivate players through a physical display of passion and reactionary emotion? Could a lack of confrontation or admonishment cause a team to become lacklustre as players begin to get away with sub-par performances?

Whilst West Brom do not hold all the answers, post bust-up they now have to prove that Brunt’s actions were not for nought.

To sink into an even deeper state of disarray would almost certainly inflict misery upon the entire club, one that every team member, including Brunt, would have to answer to.