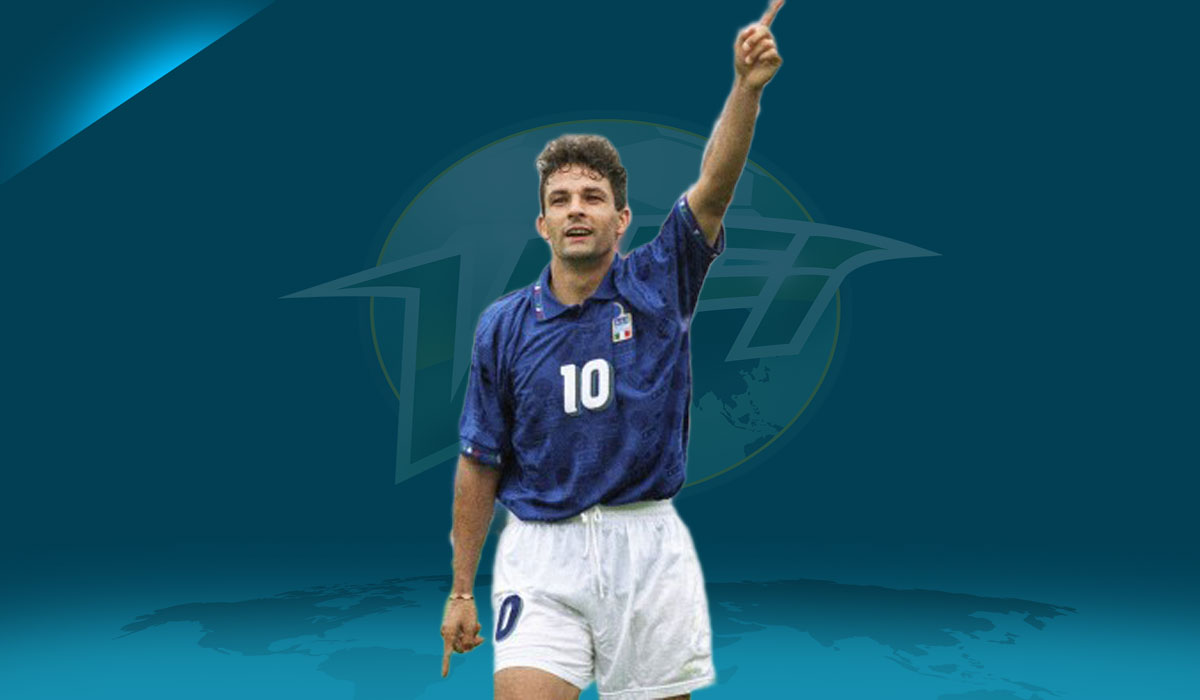 WFI‘s Adam Brandon counts down to Russia 2018 with 90 World Cup goals in 90 days, scored in the corresponding minute.

Roberto Baggio went into the 1994 World Cup in the USA as one of the biggest and most expensive stars in the game, expectations were high that he would lead Italy to glory.

Italy’s World Cup had begun in disappointing fashion with a surprise loss to the Republic of Ireland.

The other Baggio, Dino, was the saviour against Norway in their next game which saw Roberto surprisingly withdrawn when Italy were reduced to ten men following the dismissal of goalkeeper Gianluca Pagliuca.

Italy’s manager, Arrigo Sacchi, risked everything when he took off his star man, but it paid off as Italy won 1-0 and he would go on to explain that he wanted “10 fit men”. Italy made it through after a draw against Mexico and that’s where Baggio’s World Cup really came to life.

The exciting and confident Nigeria were their opponents in the second round and for eighty-nine minutes it looked as if Italy were heading back home. However, Baggio saved the game, despite Italy only having ten men again (and lucky not to have nine).

In extra time Baggio scored again to set up a meeting with Spain in Foxborough, Massachusetts

Dino Baggio had given Italy the lead in the first half, but just before the hour mark Spain levelled though Caminero’s deflected shot.

Italy were lucky not to be down to ten for Tasotti’s assault on Luis Enrique. As the game approached extra time, Spain were looking the better side until Italy mounted an attack of their own…

Roberto Baggio continued his fine form in the semi finals, turning in a match winning display yet again. Bulgaria were his victims this time, but he also suffered with an injury which affected his preparations for the final and clearly his final performance too.

Italy played Brazil in the final under the intense Californian sunshine. It was simply too hot so the game was slow and trying.

The game went to penalties where Baggio needed to score to keep his country in it, he blazed his penalty over the bar and Brazil became champions of the world for the fourth time.