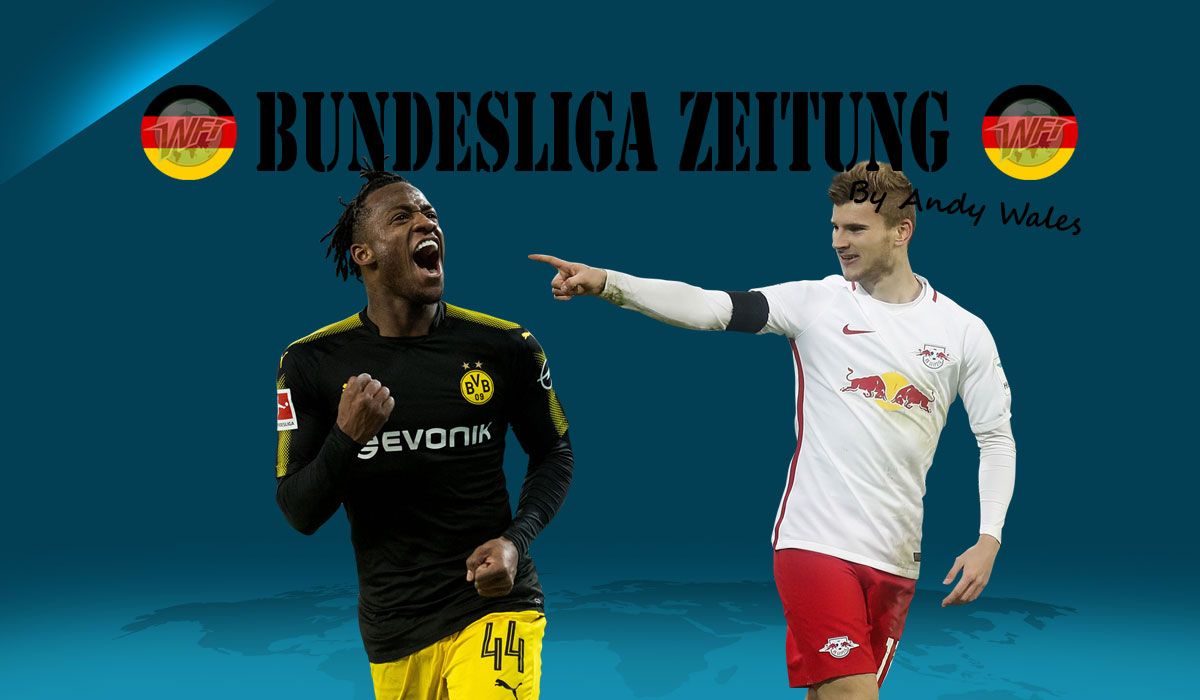 It was a week of contrasting fortunes for the Bundesliga in European football, writes Andy Wales.

Bayern successfully navigated their second leg tie against Besiktas, which in truth was pretty much a formality after an emphatic win in the first leg. They now look forward to a quarter final show down against Sevilla, an opponent they should expect to beat.

In the Europa League, RB Leipzig squeezed through against Zenit St. Petersburg and will face the equally challenging Marseille in the quarter finals. For Dortmund however, an embarrassing European campaign ended in the humiliation of elimination at the hands of Salzburg.

Whilst domestically, the ship has been steadied by Peter Stöger, indications are that the club will not look to extend his stay beyond this summer.

This has seen the speculation grow around who Dortmund may turn to as they seek to recapture their glory days under Jürgen Klopp.

Names mentioned include the highly fancied Julian Nagelsmann of Hoffenheim and former Borussia Mönchengladbach boss Lucien Favre, currently at Nice. Whoever is in charge at the Westfalenstadion next season, the basis of a good squad is there, it contains plenty of talent, but it does need a clear direction and shaping if they are to improve.

Keeping Michy Batshuayi would certainly help and his extravagant finish was enough to beat Hannover and keep Dortmund on the tail of Schalke in the pursuit of Champions League football for next season.

Those points were important because, well, there’s the small matter of a trip to the Allianz up next. However, I’ll get to Der Klassiker a little bit later.

First though, Bayern went to Leipzig, looking to move another step closer to a sixth successive Bundesliga title. For Leipzig, it represented a significant task of turning around a disappointing run of four Bundesliga games without a win, and also regaining ground in the race for the Champions League places.

The first half was a pulsating affair and you could be forgiven for thinking it would become predictable once Sandro Wagner headed the visitors into an early lead. However, Leipzig refused to be beaten so easily and maintained their aggressively attacking philosophy. Their reward came when Naby Keita fired home an equaliser.

The second half began much the way the first ended, with Leipzig the better side and certainly the more likely to score. Mats Hummels endured a difficult evening against the pace and tenacity of the Leipzig attack; so, it was little surprise that Timo Werner’s goal to give the hosts the lead all started from a poor clearance from Hummels.

It was not just a goal about defensive errors though, credit has to go to Werner for his curved run and clinical finish, proving why he is one of Europe’s most deadly strikers in such situations, with his pace and movement.

The intensity in Leipzig’s approach took a herculean level of physical effort and that appeared to be taking its toll in the latter stages. With the home side tiring, dropping back and beginning to make unforced errors, Bayern began to take control as the searched for an equaliser.

But for all Bayern’s late pressure, the energy sapped Leipzig players hung on for a thoroughly deserved victory, the first ever for the club against their illustrious opponents.

The win keeps Leipzig in the hunt for a top four finish, just a point behind Leverkusen and two behind fourth placed Frankfurt.

Before the weekend, the possibility existed for Bayern to wrap the title up. That unlikely defeat for Bayern, as well as wins for both Schalke and Dortmund has mathematically postponed that for the time being.

It could yet happen on the next game-week if Schalke fail to beat Freiburg at home and Bayern get the upper hand in the small matter of Der Klassiker.

The battle between Germany’s two biggest clubs was a head to head for the two in a struggle for domestic supremacy. That has been less so in recent seasons, with Bayern dominating the league picture. However, the match itself has remained an intense affair, with pride seemingly as important as any trophies contested between them.

With high profile names such as Götze, Lewandowski and Hummels making the controversial switch of allegiances, there’s always plenty at stake for the fans.

The outcome of the game will probably have little to no influence on the destiny of either club this season, but when we return from the international break, Der Klassiker will still have us drawn in with bated breath.