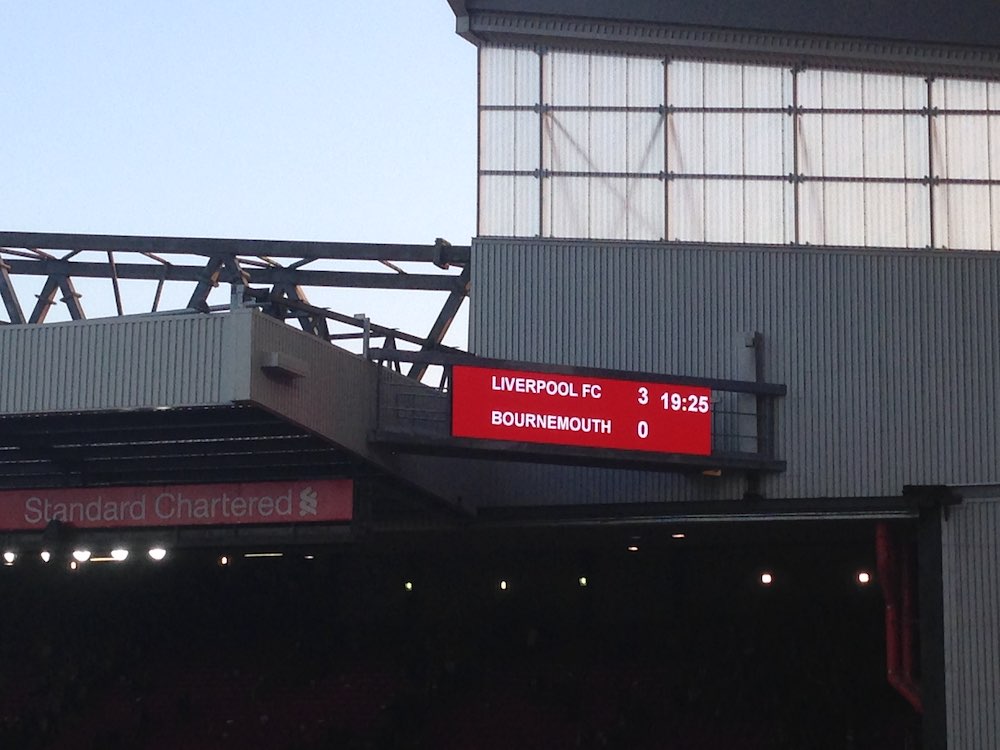 It wasn’t so long ago when playing the likes of Bournemouth would’ve been an uncomfortable watch for Liverpool fans.

Scoring goals hasn’t been a problem for Liverpool for a long time now, but there was always an air of inevitability that something could, and probably would, go wrong.

Surrendering leads was the Achilles heel that Jurgen Klopp had to tend to. And it appears he’s done exactly that.

Bournemouth’s Saturday evening trip to Anfield was a testament to how far Klopp’s team have come to overcoming their past problems as they swept Eddie Howe’s team aside with a comfortable 3-0 win.

It had been suggested pre-match that Liverpool’s European exploits in the previous week may have expended too much emotional and physical effort.

The heady heights of reaching the semi-finals of the Champions League for the first time in ten years could have made it difficult for Liverpool to motivate themselves against eleventh placed Bournemouth.

But Klopp is much too respectful of his opponents to allow any complacency or apathy to set in.

The job of securing a top four spot is far from done despite Chelsea falling ten points behind in fifth place, albeit with a game in hand. And the Premier League still remains Liverpool’s best chance of retaining Champions League football for next season, although the romantics amongst us will surely disagree.

Many thought that Klopp would make some changes with the Champions League semi-finals in the horizon, but he went full strength with Jordan Henderson’s return being the only change to the team that knocked Manchester City out of Europe on Tuesday.

His emphasis on momentum and rhythm in his pre-match press conference confirmed this and with no midweek game to contend with, it made perfect sense.

The team dominated from start to finish with absolutely no signs of fatigue, in fact quite the opposite. Their passing was crisp and precise and were incessantly creating chances.

Bournemouth did exceptionally well to limit Liverpool to just a 1-0 lead at half-time with Nathan Ake doing a commendable job of trying to keep the attack at bay.

Liverpool, however, used the confidence accrued from their European success to brush aside the Cherries with ease.

Eighty-two goals. That’s the number of goals Mohamed Salah, Roberto Firmino and Sadio Mané have scored this season between them.

All three shared the spoils against Bournemouth demonstrating the harmony that they have created among them this season.

Mane opened the scoring on seven minutes. His header from Henderson’s ball was saved by Asmir Begovic but he could only parry it back to Mané who made no mistake with the rebound.

Salah was having an uncharacteristically below par day in front of goal in the first-half missing some good chances, but it was only a matter of time until he found his shooting boots. Or his shooting head.

Trent Alexander-Arnold, who had an excellent game, directed a beauty of a cross into the box straight onto the head of the Egyptian who looped the ball over Begovic for his thirtieth league goal of the season and number forty overall.

The set was complete in the last minute when Firmino was the grateful beneficiary of an Oxlade-Chamberlain run from midfield. His cool finish rounded off the perfect afternoon for Liverpool. 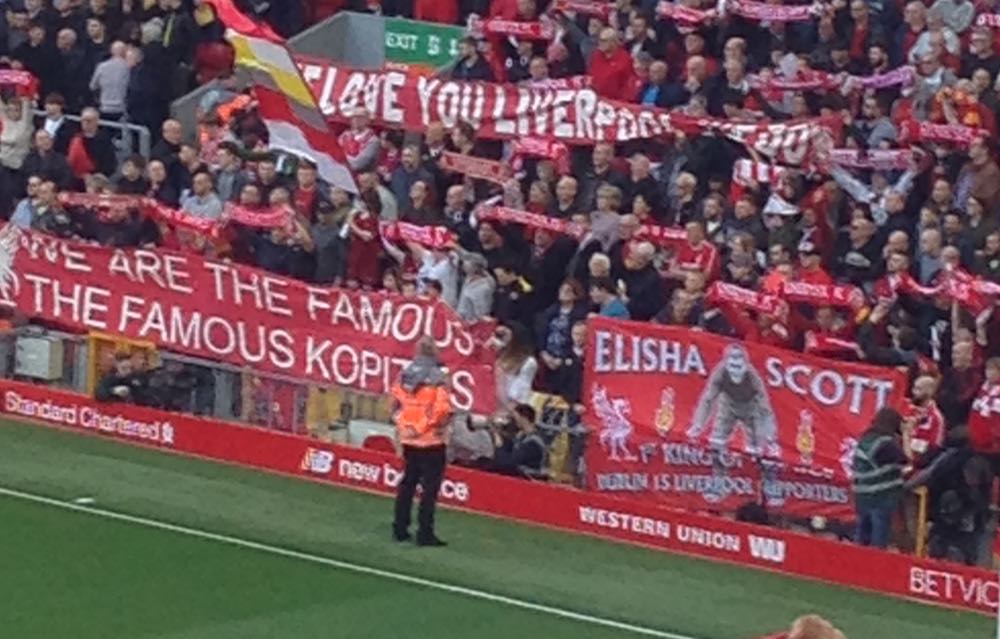 Yet Another Clean Sheet

The defensive resurgence continued for Liverpool as they claimed their eighth clean sheet in the last twelve games conceding just five along the way.

The back five have built up a good understanding of each other’s games and look a tight defensive unit. That’s not something that was synonymous with the Reds a while back.

Alexander-Arnold and Andy Robertson have been revelations at fullback. Loris Karius is improving game by game and made an excellent late save which could’ve seen Bournemouth pull a goal back making for a shaky last ten minutes.

And Virgil Van Dijk and Dejan Lovren look terrific as a pair complementing each other’s styles perfectly. One dampener on an otherwise great win was that Lovren had to be substituted late on in the game due to injury, the extent of which unknown at this point.

Klopp said he hoped it was a strain rather than a knock, but the Reds face a nervous wait to see if the Croatian will recover in time for West Bromwich Albion next Saturday and, more importantly, Roma the Tuesday after. Not many will want to see this partnership broken up at such a crucial time.

The Reds now have a welcome week off (no midweek match) in which some recuperation will be the priority.

There’s little doubt that certain players will be rested against West Brom, who sit rock bottom of the league, although Klopp is limited in his options at the moment.

No one will envy his job of deciding how to best manage his players over the next few weeks. It’s a defining time for him and the club and he’ll be under immense pressure from all sides to get it right. 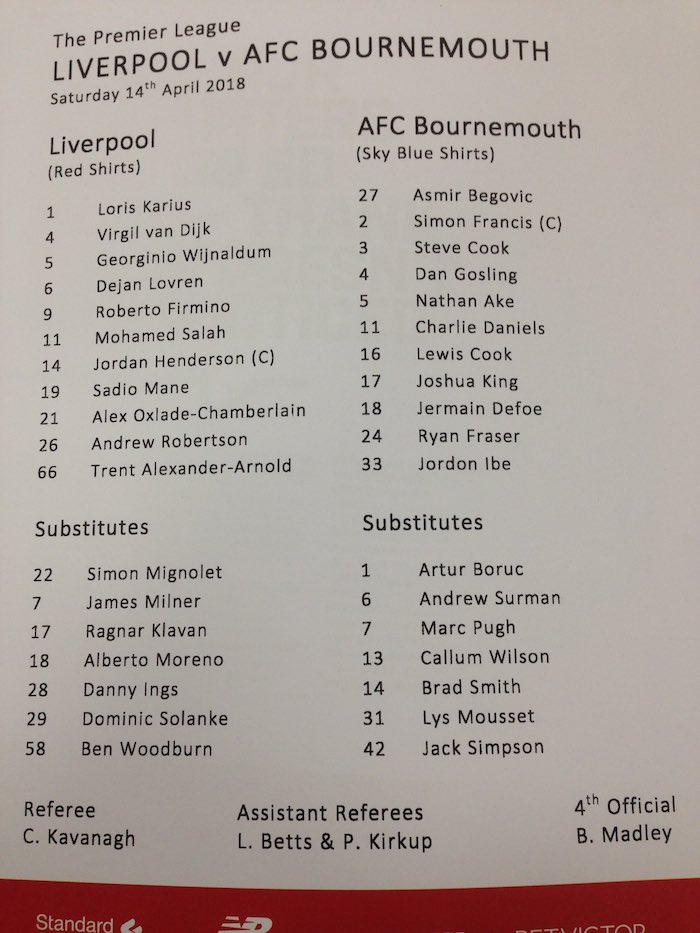