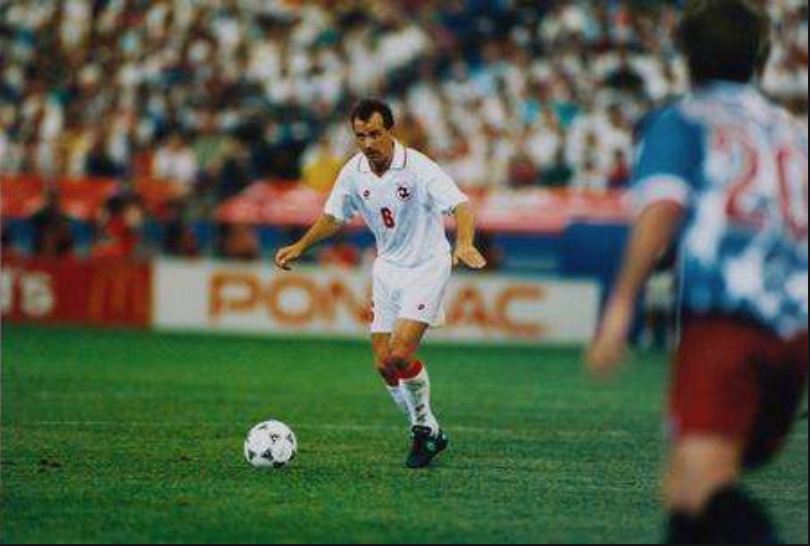 From 1966 until qualification for USA ’94, Switzerland hadn’t qualified for a major international tournament. They appointed Englishman Roy Hodgson in 1992 and saw an immediate upturn in fortunes. In 1993 they rose to their highest ever FIFA ranking as they qualified for their first World Cup in three decades.

Their opening match was against the hosts USA, and they dominated the first half but struggled to create clear cut chances.

Eric Wynalda scored a free-kick of his own to pull the hosts level as it finished all square.

Switzerland thrashed Romania, but then lost to Colombia, who were already eliminated, which meant they faced a tough task in the second round. And Spain comfortably beat them 3-0 to send them home.

Roy Hodgson left for Inter Milan after making sure Switzerland qualified for Euro ’96.