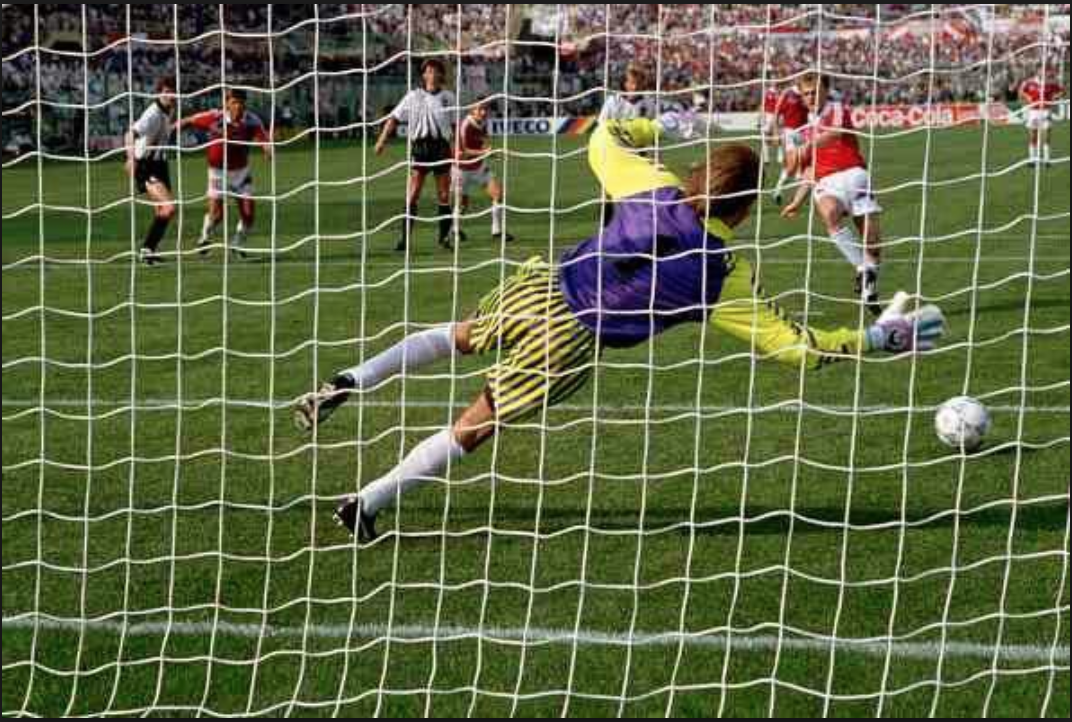 Matches at the 1990 World Cup were often tight and dull affairs, but this group stage match between the Czechs and the Americans bucked the trend. It had six goals, five of them scored by the Czechs.

Czech football always seemed to fluctuate between high and lows. They were World Cup runners up in 1962, but then failed to qualify for 1966.

They won the European Championships in 1976 and finished third four years later but didn’t make it to Germany in 1974 nor Argentina in 1978. Moreover, they didn’t win a game at the World Cup between 1962 and 1990.

Czechoslovakia made the World Cup in Italy by avoiding defeat in Lisbon against Portugal. The draw pitted them against the hosts, but they were still confident of making it through with Austria and USA making up the group.

The USA were competing in their first World Cup since 1950. In 1989 they became aware they would host the World Cup in 1994 so when qualification for Italia ’90 was sealed with a 2-0 win over Trinidad and Tobago it gave them the chance to gain some valuable experience.

They soon found out just how tough it was at the top of international football as Czechoslovakia dominated from the start. They missed a couple of good chances before eventually taking the lead on the 25th minute through Tomas Skuhravy.

Czechoslavakia won 5-1 and then beat Austria 1-0 to advance to the knockout stages. An impressive late show saw them thrash Costa Rica 4-1 in the last 16. In the quarter finals Czechoslovakia lost to Germany, falling victim to a penalty in a 1-0 defeat.

This would be the last time Czechoslovakia competed at a World Cup before it was peacefully dissolved and separated into two different countries in 1992.

Bilek would go onto manage the Czech Republic, but they failed to qualify for the 2014 World Cup and he lost his job after four years in charge.