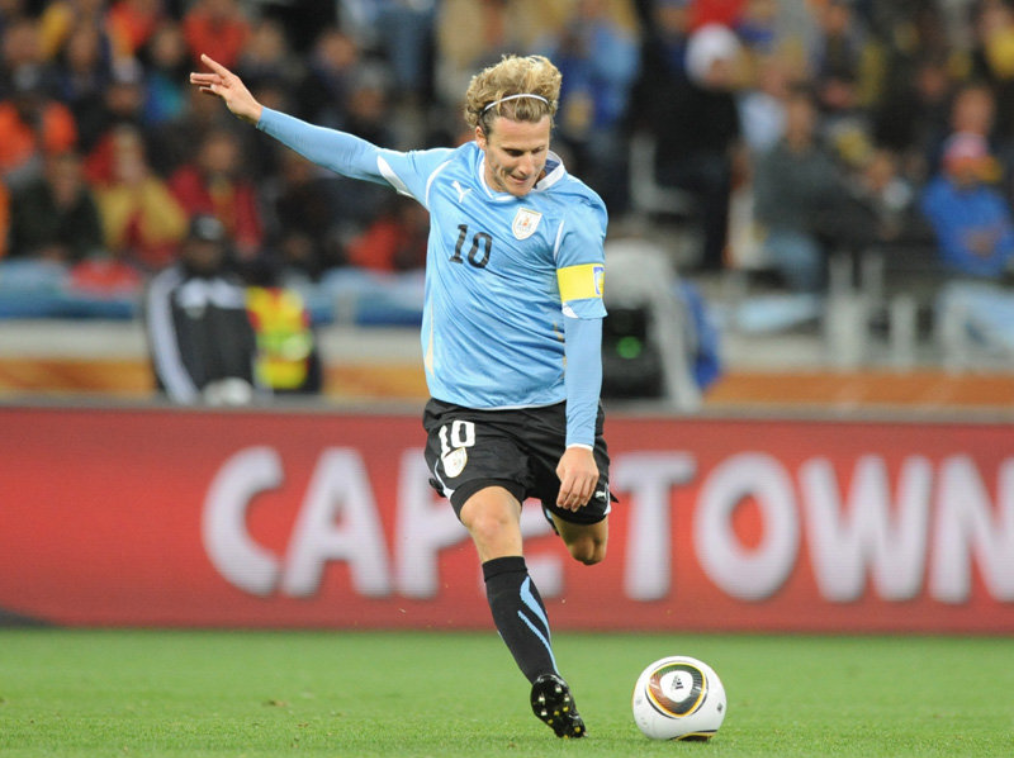 Uruguay had just missed out on qualification for the 2006 World Cup, but they edged out Costa Rica to qualify for the 2010 edition and would go on to have their best World Cup in decades.

They started with an incredibly boring draw with France, but followed it up with an impressive win over the hosts and a narrow win over Mexico to give them seven points and first place in the group.

The second round pitted them against South Korea, and a double from Luis Suarez was enough to see them through.

In the quarter-finals they played a dramatic match against Ghana where a handball on the line from Luis Suarez saved them from defeat before they went on to win on penalties.

In the semi-final they fell behind to the Netherlands after eighteen minutes, yet the Uruguayans bounced back – just before half-time Diego Forlan picked up the ball 25 yards out and unleashed a magnificent strike:

Uruguay lost 3-2 and Forlan just missed out on the Golden Boot award as he didn’t have as many assists as Thomas Mueller of Germany. However he did win the Golden Ball – the award given to the best player in the tournament.

This impressive showing stood them in good stead as they claimed the Copa America a year later.