How England Helped Brazil By Assisting Tite’s Capacity For Learning 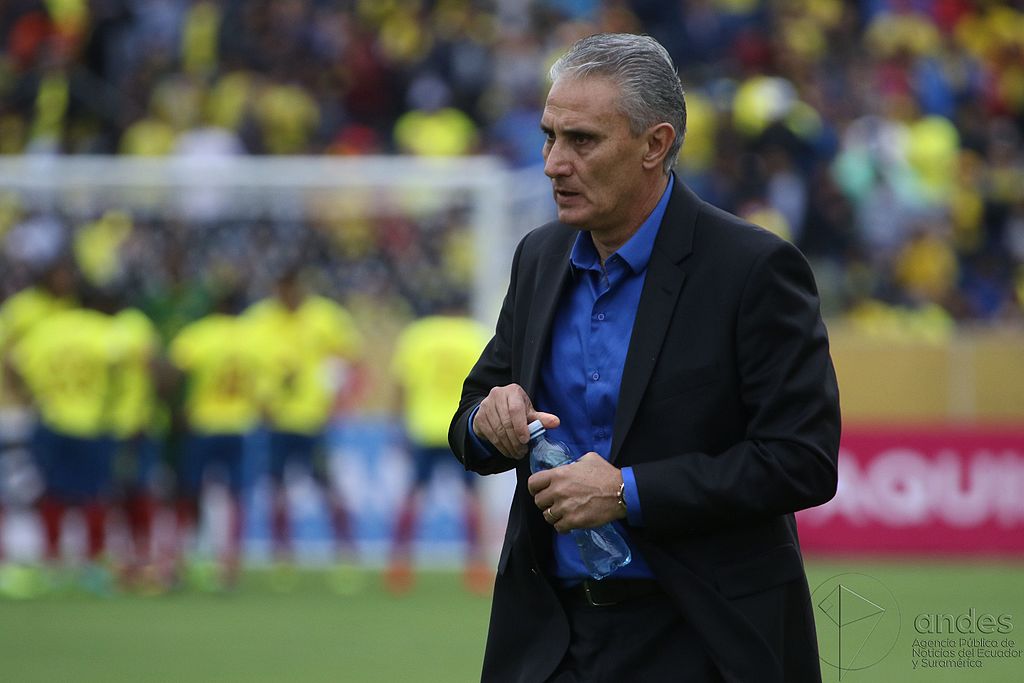 “I have learned how to learn.” Tite is renowned for his mesmeric communication skills. Many of his players have passed comment on his oratory power. As such, he is also pretty good value in a press conference, even if he communicates very seriously and with a straight bat. But what has really set Tite apart as by far and away the best Brazilian coach is his appetite for education.

After a dreary, average season with Corinthians in 2013 (his team finished 10th having scored 27 and conceded 21 goals in 38 games), Tite took a year out to reflect on his methods. He famously spent a year in Europe, studying the likes of Carlo Ancelotti and Arsene Wenger at work, familiarising himself with Europe’s tactical trends.

Tite gave himself the time and space to learn. Brazil’s poisonous coaching culture, where managers are hired and fired with impunity, does not allow room for reflection. But Tite made it a priority.

In Susan Cain’s TED Talk, ‘The Power of Introverts’, she talks about how ideas were typically spread in the early days of civilisation.

She talks about key philosophers and religious figures who: “go off by themselves alone to the wilderness where they then have profound epiphanies and revelations that they then bring back to the rest of the community. So no wilderness, no revelations.”

Tite went to the wilderness and came back with tactical revelations that the whole of Brazil is benefitting from through his Seleção.

He has maintained that appetite for learning, even whilst hoovering up the plaudits of a nation slowly re-engaging with its national side.

Tite has shown a capacity for solving problems on the job. Brazil qualified for the World Cup more than 12 months before the tournament got under way and he has used that time to prepare seriously and give himself and his team problems to solve.

In November, they faced Gareth Southgate’s England at Wembley. Southgate, a former thinking man’s centre-half, adopted a back three and a tight midfield unit. Brazil were totally nullified and held comfortably to a disappointing 0-0 draw. It was probably the most uninspiring performance of Tite’s reign. But the coach took the lessons from England’s approach.

He specifically wanted to face a team that would look to play defensively, but with a good sprinkling of quality throughout the team. England were probably the most talented team they could have played that would comfortably adopt this style. Neymar increasingly cut a frustrated figure at Wembley, dropping deeper and deeper to try and find possession.

This became counterproductive for Brazil and Gabriel Jesus grew isolated as a result. The match caused Tite to change his approach against more conservative opponents. It was the last time that Renato Augusto started in the Seleção midfield. Tite decided that a double pivot of Casemiro and Augusto was unnecessary against a deep block.

As a result, Tite has started dropping Phillipe Coutinho into a deeper midfield role as a provocateur, somebody that can both carry and circulate the ball in a positive manner from deeper positions. As a result, Neymar is less inclined to drift towards the centre circle in order to gain possession. Into the bargain, Tite has been able to solve one of his biggest selection dilemmas.

Instead of choosing between Willian and Coutinho, he chooses both. This has some additional benefits that have proved very beneficial to Brazil. Coutinho naturally drifts towards the left hand side near Neymar. Coutinho, Willian and Marcelo form a tight triangle on the left, which means one of them always has at least one out ball at all times.

Their combination play has been a feature of the World Cup warm-up friendlies. On the right, Willian is much more of a “chalk on the boots” vintage and he keeps the pitch nice and wide, which is very useful against packed defences. Willian will be especially important in Russia with Dani Alves injured. Alves’ back up- Danilo- is far less adept at providing the attacking width that Alves has made a career from.

So in essence, Brazil carry a three pronged threat on the left which keeps opponents occupied. But the switch to Willian over on the right is always an option, helping Brazil to pull defences hither and thither.

Assuming they make it through the group stage, it is likely that Tite will revert to the far more defensively secure pairing of Fernandinho and Casemiro in midfield and he will again be forced to choose between Coutinho and Willian on the right.

In the group stage, Switzerland, Costa Rica and Serbia are likely to try and frustrate Tite’s men, so the most immediate issue is to find a way to around a deep block. In that sense, the friendly against England was probably one of the most useful matches of Tite’s reign and his team now has different approaches for different challenges, which he has been able to thoroughly road test in the build-up to this tournament.

Not for the first time, Tite went to Western Europe with a problem and came back with a revelation.