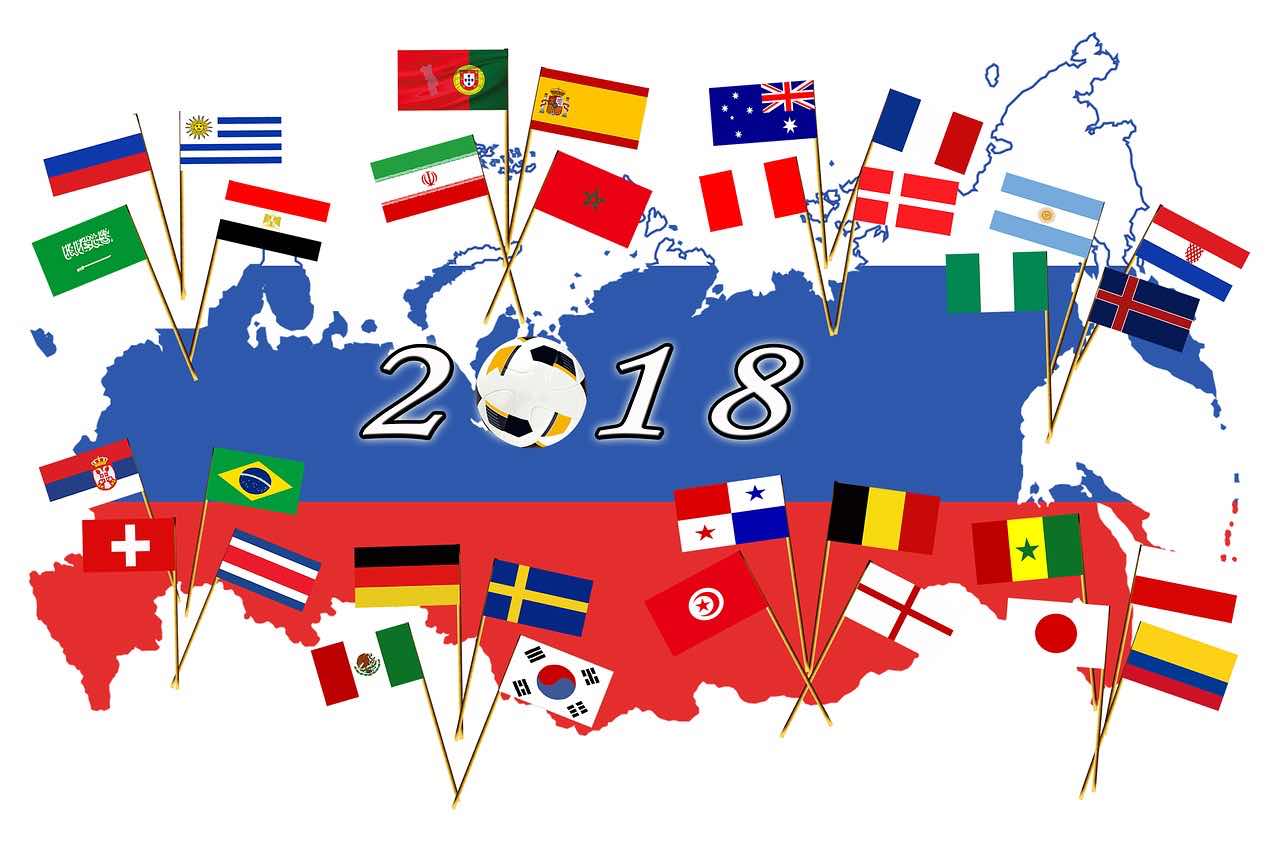 Raise your hand if you have predicted a perfect World Cup bracket.

Take your time, to double check. Anyone?

Did not think so!

We already have six own goals, equaling the amount at the 1998 tournament. This has been one crazy World Cup so far. May be the greatest based off results alone, and we’re only just done with the group stages! So let’s see how it all shook out and what to expect in the Round of 16.

Russia have been riding the home crowd and make a surprise entry into the knockout rounds. They finished second, better than my pick of third place.

They have found some mojo and look dangerous at every turn. Sure they were put back on level ground by group winners Uruguay, but they’re still playing while some big names are flying home. We’ll get to them later…

Uruguay are getting better by the game, and look to go deep in this year’s tournament. Stellar defense, and an attack you could only dream of. Luis Suarez and Edison Cavani both scored in their win against Russia. At this rate, it may take a special performance to beat them.

Iran were a breath of fresh air at this tournament. Team Melli got a late equalizer to group runners-up, Portugal.

I picked them to finish last in their group, but they finished in third just one point behind heavy hitters Spain and Portugal.

Many knew how good Denmark were, but the question is how would they play in a favorites role? Not only did they qualify for the knockout rounds, they did so by going toe-to-toe with France, against whom they drew 0-0. The Danes will need to put in special performances if they want to win even one game from here on out.

Iceland were the darlings of the Euros and the vikings won our hearts again with their grit and passion. They did finish in last, but ask their group opponents how easy it was to play Iceland?

Croatia were so insulted by me picking them to finish third, that they won all three of their group matches and in fairly convincing fashion. This team is stocked with talent and will be a dark horse no more.

Sime Vrsaljko has been outstanding on the right flank, and we now see why Napoli are so interested in the Atletico Madrid player. Thought their best defender may be Domagoj Vida. The Besiktas centre back has been giving us stellar defense and magical tackles which have been reminding me of Alessandro Nesta.

Luka Modric and Ivan Rakitic have been world class. They were head and shoulders better than anything Nigeria, Argentina or Iceland could put together and add to that some excellent play by the number six from Internazionale, Marcelo Brozovic.

This is the best midfield at the moment, but we have a long way to go. Up top Ante Rebic, Mario Mandzukic and Ivan Perisic are putting in good performances. This is an excellent team from front to back. Keep an eye out for Croatia.

Mexico gave us all a wake-up call by beating Germany. Mexico were looking to be the first CONCACAF team to win all three of their group games, but another team quietly stole their spotlight.

Team Sweden thumped Mexico 3-0 to win the group. Emil Forsberg and the rest of the Swedes have been very solid so far, and there is no denying their team chemistry. It was evident in the playoffs against Italy, and it was evident in their three matches so far. Both Mexico and Sweden were huge positives, not only from this group, but from the entire tournament.

South Korea make this list, purely on the stellar performance against Germany to knock out the reigning champions. A 2-0 victory was a shock. How they won it was not.

England impressed me. They have not looked like your typical English squad, and by finishing second in their group could fancy themselves going deeper than most non-English supporters expected.

Though their round of 16 match is difficult, should they progress the road will get considerably easier — at least in theory. This is a team you wouldn’t necessarily think would work, but may be perfect for each other. Plus you have Harry Kane.

Okay England, I’m paying attention. Let’s see what you are made of!

Colombia did well to overcome diversity in their opening match, after they went down to ten men and suffered defeat. In their next game against Poland, they returned to the Colombia we know: Fun, inventive, and the life of the party.

Colombia returned to playing how we remembered them in 2014.

Japan and Senegal were both unknowns coming into this tournament, and I had both getting eliminated. But the Blue Samurai and the Teranga Lions gave us entertaining football in the group stages.

This group had three teams worth enough to move on to the knockout rounds but unfortunately for Senegal, their final match was against Colombia and fell just short of progressing.

They finished tied with Japan and lost on the fourth tie-breaker — yellow card accumulation. We feel for you, Senegal.

Egypt were a major disappointment. Not only for me who picked them to finish second in their group, but to most pundits. Mohamed Salah did get a goal vs Saudi Arabia, but still couldn’t win.

For me, Morocco were every bit the disappointment Egypt were. I had them finishing third and they finished in dead last.

They have to be commended for their entertaining play and gutsy performance drawing against Spain, however, they could not keep their opponents at bay, and that is something they will need to shore up. Exciting things to come from them down the road.

Nigeria were a disappointment for me as I strongly believed they would escape their group. The Nigerian squad gave their opponents fits, but the final third had much to be desired.

Had Odion Ighalo, Ahmed Musa and Kelechi Iheanacho taken their chances, it would be them in the round of 16, and not Argentina. Nigeria will make waves in the coming years, and could become the best African side, and possible world beaters.

Die Mannschaft sind Raus! Yes, Germany, the kings of football, are out of the World Cup.

I repeat, Germany are out. This is not a mistake.

Was it really a surprise though?

Germany going out means that the winners have exited in the group stage in four of the previous five tournaments. There was something off about them, but I could not quite put my finger on it.

The team, though bossing possession in all of their matches in recent years, struggled more often than not to turn it into chances, and goals. It is probably why I did not have them repeating their success, as many did.

Finally, Poland. You were a brilliant, fearsome bunch during qualification. What happened to you?

The big guns did not show, nor did the rest of the team. Some will blame the tough group. The true cause? An inability to score.

One goal in three games is pathetic for anyone, especially with strikers like Robert Lewandowski and Arkadiusz Milik. Shame.

They Are Who We Thought They Were

Spain and Portugal qualified from their group finishing first and second respectively. Spain are loaded with talent and Portugal are being carried by Cristiano Ronaldo.

Both will have difficult round of 16 matches, especially Portugal. How much magic does Ronaldo have left?

France won their group, as expected. This is a team I picked to go all the way. What reward do they get for winning their group? Leonel Messi and the Albiceleste.

Argentina continued to struggle during the group stages. They were stifled by Iceland, outclassed by Croatia, and looked certain to bow out of the tournament before an 86th minute strike by Marcos Rojo sent them tangoing into the knockout round.

Nigeria were the second best team in Group D, but it was the will of the fans and Rojo’s wonder volley that kept Argentina in the tournament.

Brazil won their group, just barely, as I predicted. This team is greatly talented, but are not playing with much chemistry.

The Swiss finished in second place and escaped a suspension of their two best players. Granit Xhaka and Xheridan Shaqiri taunted the Serbian fans with Albanian eagle gestures.

Both players escaped suspensions and were given fines instead.

Per ESPN: “Hundreds of ethnic Albanians from Kosovo, including a government minister, have raised enough money to pay the fines imposed on Switzerland goal scorers Granit Xhaka and Xherdan Shaqiri for their celebrations during the World Cup win over Serbia.”

Switzerland have played well thus far, but will need to step up to beat a Swedish team who are full of confidence and chemistry.

Lastly, Belgium won all three of their matches in their group, and England played very well. Some will say England really won the last match because their road to the finals is a lot easier now.

I’m sure Roberto Martinez and Belgium will say they don’t care who they face, they just want to beat everyone. That’s the mentality you need to win.

This has been a often strange but wonderfully entertaining tournament thus far. Stressful if your team is in it but fantastic as a neutral.

I look forward to the round of 16 and wonder what other twists and turns will develop.