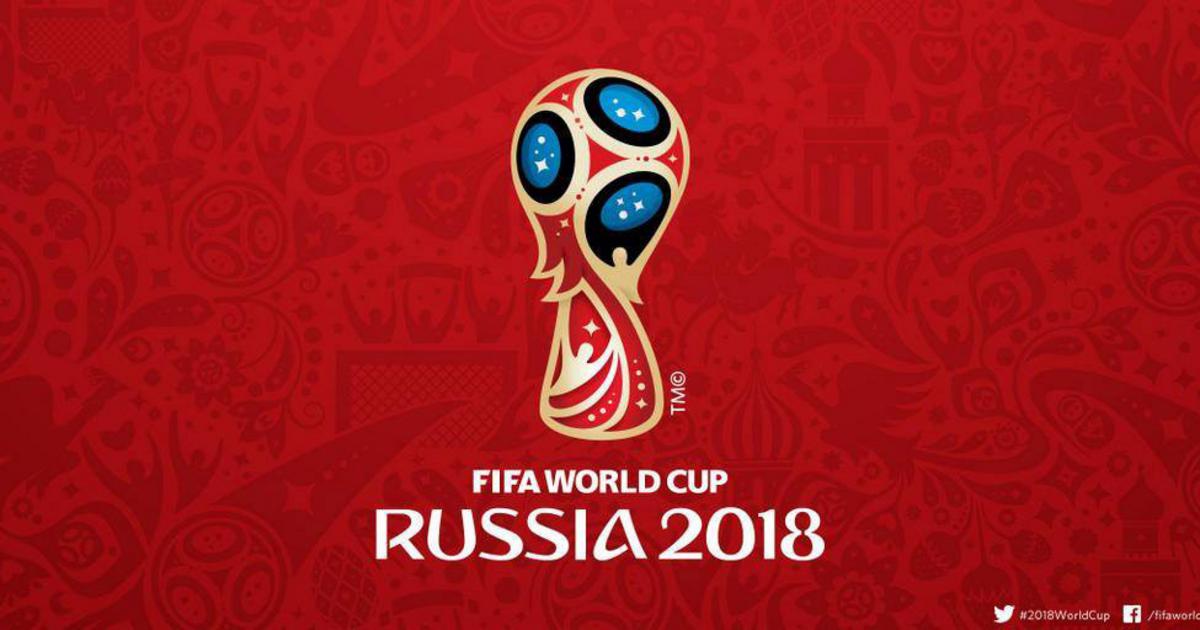 There is not a lot for me to complain about from my start to finish prediction piece. 12 of the 16 I thought would advance, have, and I got some second round match-ups right too, just on the wrong side of the bracket in a couple cases.

This isn’t necessarily a redo of my predictions; I own and stand by my picks of Egypt, Germany, Serbia, and Senegal to still be playing at this point.

I will, however, give you a quick summary of what I see from the teams that remain, and give a start to finish call of the knockouts.

Get excited: The defense is organized, experienced and getting it done. Luis Suarez and Edinson Cavani got on the score sheet, too.

Oscar Tabarez has played two different formations in the group stages and found success with both.

Defend well, have good goal-scorers; two qualities you need to have to go far in the World Cup, Uruguay possesses both.

Uh-oh: The Russia win might not end up looking all that impressive once Spain dispatches of the hosts.

Also, Egypt were embarrassing and Uruguay needed all 90 minutes to beat them (without Mohamed Salah), and Saudi Arabia weren’t much better. A brutal path to the final is in front of them, their mettle will be tested.

Get excited: Ronaldo showed up, particularly in the first two group games. The team managed to get past a pesky Morocco team, and got the necessary result against Iran to go through.

When you have the reigning World Player of the Year, you have a chance.

Uh-oh: Iran could have been here over Portugal. A penalty, a David De Gea howler, and late free kick were needed for Portugal to get the point from Spain.

Morocco outplayed Portugal in game two and Iran could’ve beaten them too. This is a shaky team heading into the knockouts.

Get excited: Group C was tougher than expected and they overcame the obstacles, conceding only a penalty in their group games. France showed the ability to adapt to each opponent, and can do so with all the talent at their disposal.

Uh-oh: While the defending is solid, there should be a lot more goals with the players they have.

I’m not sure Olivier Giroud is the way to go as the striker. Having Griezmann playing higher or Mbappe in that spot could unbalance defenses a lot more, and could make them more unpredictable.

Get excited: Lionel Messi arrived when it counted, and the team found a way to get the necessary result against a very good Nigeria side.

We’ll see if the issues from the first two games are behind them.

Uh-oh: Meet the dysfunctional family of this World Cup. Is Jorge Sampaoli picking the team or Messi? I still need an explanation — a valid one — of how Maxi Meza continues to get picked over Paulo Dybala.

The goalkeeping isn’t solved with Armani back there either. Did Argentina empty the tank just to get to the knockouts?

Get excited: They really look the part. Neymar has been very influential — when opponents are not chopping him to pieces, and the supporting cast have come through.

Alisson has been terrific in goal, and the defense has done well in diffusing opposing attacks.

Uh-oh: I’m nitpicking, but consistency in the striker position is needed. Gabriel Jesus hasn’t found it yet, warranting calls for Roberto Firmino to be inserted.

The path to the final is brutal too, looking at a likely Mexico-Belgium-Uruguay route.

Get excited: El Tri are in the second round again, thanks in part to a historic upset of Germany.

They have multiple players capable of being among the goals, and Hirving Lozano has become a revelation. Some are making them a trendy pick to upset Brazil in the second round.

Uh-oh: That Sweden loss exposed some things. Also, Mexico have the curse of getting past the second round to deal with.

Only when they hosted in 1986 did they reach the quarterfinals. Six straight second round exits, and you know that will be on the mind of the players.

Get excited: The Belgians came out firing in their first two games and did just about what they were expected to do.

They followed that up with their reserves beating England’s reserves. Roberto Martinez’s men are playing attractive, efficient football.

Uh-oh: Belgium are going to get to the last eight without anyone really knowing what their title credentials are.

They were supposed to waste Panama and Tunisia (they did), and we learn little from the sparring match with England.

Japan won’t offer much more of a test either. In the 3-4-3, I do have concerns about the central midfield’s ability to protect the back three, something that a good team will expose.

Get excited because: Japan reached the second round, apparently by default when you look at the tiebreaker rules that got them in.

The Samurai Blue took advantage of 10-man Colombia and found a way back against Senegal. I guess anything can happen in the knockouts.

Uh-oh: Easily the weakest team remaining, and in for a blitzing from Belgium. Yes they achieved the results, but are they really here if Colombia were full strength the whole game?

Get excited: Even with all the turmoil and managerial change, La Roja are right where we thought they would be.

Things were a little too uncomfortable against Portugal and an inspired Morocco side, but this could be a team that gets better as the tournament goes on.

Diego Costa came through with some key goals, and Hierro’s men found ways to get the results. Isco in particular has been fantastic.

Uh-oh: That’s a lot of goals to concede for a team that should be a World Cup contender.

Serious questions are being asked about the Sergio Ramos – Gerard Pique partnership all of a sudden. Will it be their undoing?

Get excited: The hosts have reached the second round, where some (including myself) thought they would be the second ever host to fail to get out of the group stage.

Denis Cheryshev and Aleksandr Golovin spurned Russia on through the first two games, inspiring a nation along the way.

Uh-oh: It didn’t look as good when they had to play someone with a pulse. Uruguay had too much for them, and while Golovin sat out that game I don’t think his involvement would’ve helped.

The defense got exposed for its lack of speed and recovery, and it may not be pretty either when they play Spain.

Get excited: They dominated the Group of Death, conceding just a penalty kick along the way. The defense is better, and the midfield is pulling opponents apart with the possession.

Luka Modric is having an excellent tournament in particular.

Uh-oh: Argentina were having some serious issues and Iceland just might not have been as good as people thought.

While the defense has been better than expected, it can still be exposed. For all the possession, a reliable scoring striker still needs to emerge.

Get excited: The defending and goalkeeping is strong, Christian Eriksen is pulling the strings, and there are just enough scoring threats around him.

Christian Poulsen returns after suspension which will be a huge help.

Uh-oh: The goalless draw with France was impressive but how serious were Les Bleus about winning that game?

Eriksen will find it hard to have the same influence against Croatia who should boss the possession, and Spain after that should the Danes win. There just may not be a ceiling with the Danes.

Get excited: They’re still playing, and no one expected them to be here. The goalscoring has been opportunistic, which is never a bad thing, and the defending is organized and solid.

I don’t know anyone else that can say they knocked out Holland, Italy, and Germany from a World Cup either. Sweden play with the kind of physicality that gives their opponents reason to worry.

Uh-oh: For all the success to this point, Sweden’s play can be pretty predictable. Beyond Emil Forsberg, there isn’t much imagination to them, which can be a hindrance and limit their ceiling. Eventually this approach will get found out.

Get excited: The Swiss may not have played their best football yet and they are on the favorable side of the bracket. Making the last four is not out of the question.

They found a way to win against Serbia, and got a hard-earned draw against Brazil.

Uh-oh: Dealing with the physicality of Sweden with Stephan Lichtsteiner and Fabian Schar suspended is not good.

Also, this might be the weakest collection of strikers left in the tournament. Someone needs to step up and finish chances.

Get excited: Colombia overcame the disappointing start against Japan to win the group. An emphatic 3-0 win over Poland with a resourceful 1-0 win over Senegal put them top of Group H.

With James in and out of the lineup, Juan Fernando Quintero has become a revelation in the process. He may be relied on even more.

Uh-oh: For a deep run in this competition, it will help to have James at their disposal, time will tell as he’s re-aggravated his calf injury.

Radamel Falcao had been prolific for his club, and you would have hoped for more than one goal at this point from him. This is all nitpicking, Colombia are looking strong as they head to the knockouts.

Get excited: Harry Kane is scoring goals; be it goals he knows about and goals he doesn’t know about.

Jordan Pickford is proving to be serviceable in goal and the team seems to have a good chemistry to them.

Uh-oh: Like Belgium, we’ve learned little about their World Cup credentials in this group. I still have concerns about Southgate’s back three system, and we’ll find out if it can hold up against Colombia.

Belgium 3, Japan 1: Japan here and not Senegal. Japan will get a “garbage time” goal after being thoroughly dominated.

Spain 3, Russia 0: Russia here instead of Egypt but the result will be the same. I just don’t believe in the hosts.

Uruguay 1, France 0: France struggle with their attack throughout the entire tournament and will be frustrated by Muslera, Godin, and company. Edinson Cavani gets a goal on the other end.

Brazil 2, Belgium 1: Sticking with this prediction from my previous blog. Allisson will come up a hero in this one.

Spain beat Croatia on penalties: David De Gea will finally provide some heroics for his country after these teams battle to a 1-1 draw for 120 minutes.

Brazil 3, Uruguay 1: Neymar masterclass, as I predicted in my previous installment.

I still say Christian Stuani gets the start in the 3rd place game for Uruguay and nets a brace, and the South American sides put on a show.

Still backing the Selecao to win this for the sixth time. They have the star, they have the supporting cast, and the goalkeeper.

A striker will emerge in the knockouts, and while Spain will be superior in possession, Brazil will be deadly on the break.