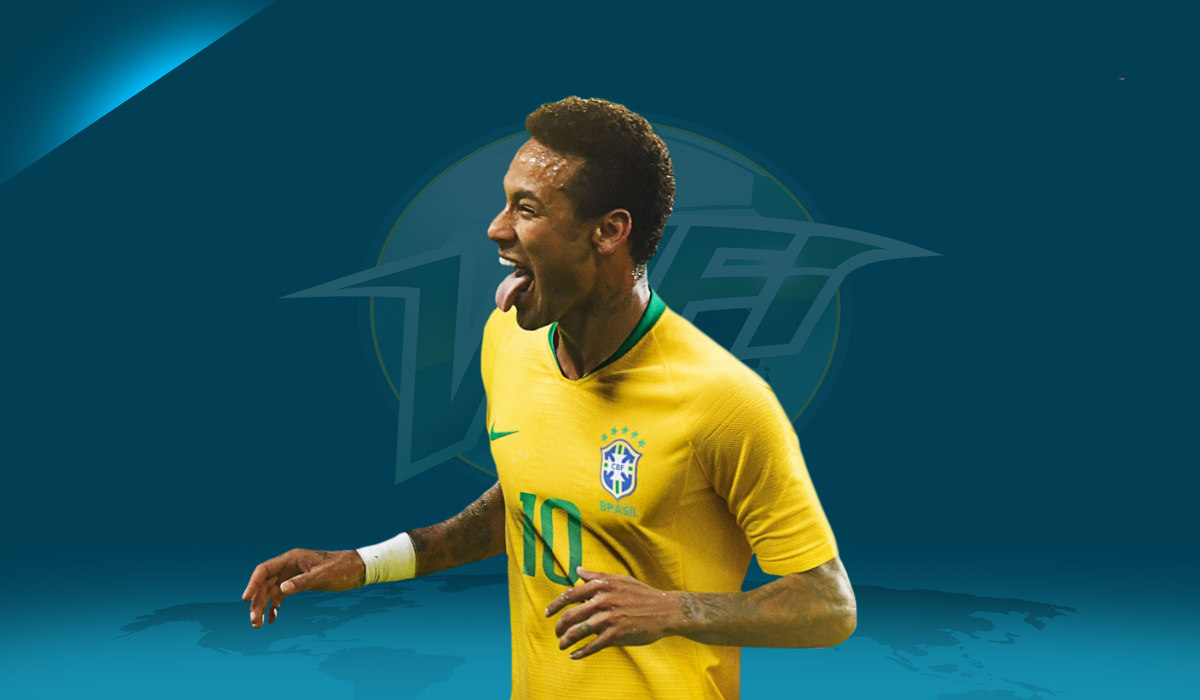 Shortly prior to the World Cup, my wife, who is Brazilian, told me: “People hate the Seleção.”

Every time she tweeted something supportive about the Brazilian national team, she would point to her Twitter mentions which would quickly fill up with people expressing their distaste for this Brazil team.

Initially, I partially dismissed the claim as viewed through the prism of a fan. We are conditioned to think that everybody hates our teams.

But as the tournament has progressed, I have come around to her point of view. As somebody that writes about and therefore watches all of Brazil’s games, I often find my twitter mentions caught in this crossfire of antipathy for Tite’s Brazil team.

I have heard the Seleção dismissed by journalists and pundits unimpressed with the fare Tite’s men have served up.

Brazil are a long way from top gear, it’s true. Indeed, they wouldn’t want to be at this stage of the tournament. Periodisation is the way of things for top teams who aspire to win these competitions.

However, I think the criticism runs a little deeper than that. The brand of the Brazilian national team is exceptionally strong and powerful, but partially based on mythology and nostalgia, which creates a problem of perception for modern Brazil.

The story goes that the grainy, black and white vintage of the Seleção, featuring the likes of Pele, Tostão, Jairzinho, and Garrincha. They turned up at World Cups sporting grass skirts and haivainas, caipirinhas in hand, seal dribbling their way to glory against the strains of samba music.

This stereotype, forged in the embers of that fourth goal in the 1970 World Cup Final in Mexico, or in the footage of Garrincha beating a beleaguered full-back before waiting for him to climb to his feet to beat him again, has created a mental template against which to judge modern iterations of the team.

The brand is so strong that even though large swathes of the World Cup viewing public weren’t even born in 1970, the Chinese whisper of those teams is ingrained onto our consciousness.

Tim Vickery, South American football correspondent for the BBC, has railed against this stereotype on many occasions, referring to people’s expectations of the Seleção as “carnaval in boots.” The brand actually does some of those old Brazil sides a disservice.

They led the way in terms of player nutrition, fitness, preparation, and even psychology. Brazil brought vast entourages of technical expertise with them to those sepia toned World Cups, giving them an edge over their opponents.

Those teams were also well organised and well drilled, allowing their more mesmeric individuals to shine. In 1982, Zico and Socrates did not enjoy the same solid foundation, and they came home from Spain empty handed.

Tite’s Brazil is built on sound organisation and defence. As this piece on Total Football Analysis points out, Tite makes not being exposed on the counter attack a priority, which explains why, at time of writing, the Seleção have conceded only 6 goals in his 24 games in charge.

Only Switzerland have scored a goal of consequence against them (a scratch side lost a meaningless friendly 1-0 to Argentina last June) and that probably should not have stood due to an obvious foul on Miranda.

I make a point of tweeting about Brazil’s defensive record because there seems to be a real resistance to the idea that a team in that famous canary yellow shirt might be built on defence.

In reality, the best Brazil sides have operated this way since time immemorial. The 2002 triumph is remembered for Ronaldo’s redemption and Ronaldinho’s emergence onto the world stage, but Luiz Felipe Scolari supported them with a midfield platform of Gilberto Silva and Kleberson.

Veja magazine wrote of the Arsenal-bound Gilberto “he carried the piano for Rivaldo and Ronaldinho to play their tunes on.”

Over the years, the country has produced an absolutely endless stream of top class defensive midfield players. There is a real emphasis on the volante position in Brazilian football due to the attacking role of the full-backs.

The likes of Gilberto, Dunga, and Clodoaldo have been prominent features of their World Cup winning sides. The current squad boasts Casemiro and Fernandinho, two of the best proponents of the art on the planet, but brand Brazil still burns bright in people’s minds.

I have seen them dismissed as ‘flimsy’ despite their excellent defensive record. If Brazil aren’t tangoing their way to glory, the perception is that they are not playing well and it jars in the collective mindset to consider them a strong defensive team.

There is also a problem of perception due to their poster boy, Neymar. An uber functional 1994 World Cup side is remembered for the strike pairing of Bebeto and Romário.

Brazil’s ‘invisible wall’ of Kleberson and Gilberto, with Lucio manning the backline will always play second fiddle for the 3 R’s — Ronaldo, Ronaldinho and Rivaldo — in attack in the collective memory. (Though the latter’s memory is tarnished by an outrageous piece of cheating during the 2002 World Cup).

Willian is popular in the Premier League due to his industry. Philippe Coutinho was adored at Anfield. João Miranda became a centre half to honour the memory of his brother, himself a promising centre half who was murdered as a young man.

It’s difficult to see Alisson, Marcelo, Casemiro, Paulinho or Gabriel Jesus as divisive characters. Neymar is Brazil’s jeitinho, the one player that evokes the old futebol arte stereotype, and people don’t really like him.

Characterised as a brat off the pitch, and a histrionic diva on it, he lacks the mischief and the rock ‘n’ roll tales of excess of the likes of Ronaldinho and Garrincha, and he doesn’t have the polished sheen of Pele. His anguished falls grate, perhaps understandably, as do stories of his Hollywood indulgences at club level.

While Neymar’s skill and ability tally with the all-time Seleção greats, his personality doesn’t, so the sense of folk heroism is lacking.

Even his audacious rainbow flick during the Costa Rica match was viewed as an act of arrogance, unlike Garrincha beckoning beaten full-backs to their feet so he could humiliate them all over again. It wasn’t executed with the cheekiness of Ronaldinho’s toothy grin.

As Ella Fitzgerald once sang, “It Ain’t What You Do It’s The Way That You Do It” and that is truer for Brazil than any other national team.

In a time when international football is fading in terms of significance, Barcelona signed Paulinho based on his performances for Brazil. It’s hard to think of another nation afforded such importance by one of Europe’s super clubs.

A strong defence and an organised unit won’t win praise when people crave the ‘samba in a football kit’ stereotypes, played out by folk heroes who evoke repeat biographies.

In a sense, this is simply a consequence of a history of success. Like Real Madrid or Barcelona, Brazil have a wide frame of comparison where extraordinarily successful teams can be written off as uninspiring.

The Seleção brand is probably the most powerful in football and that can come with stratospheric expectations and, some would argue, responsibilities.