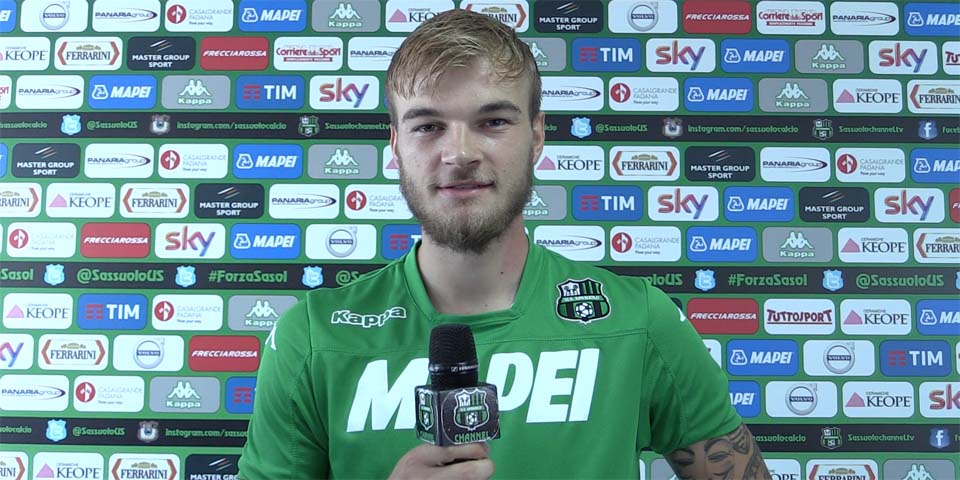 James Rowe interviewed Timo Letschert, and spoke about the challenges of playing in Serie A for Sassuolo, his time at FC Utrecht in the Eredivisie, and the managers that helped him in his career.

I am really enjoying my time at Sassuolo. The players and back-room staff have made me feel very welcome.

During my time here I have been able to learn Italian and enjoy life here in Italy and that has been fantastic.

What are the main qualities of this Sassuolo team and what can you tell me about your current manager Giuseppe Iachini?

The main qualities of this Sassuolo team is that we have strikers that have such individual quality that they can score at any time, and make the difference in matches.

We also have a stable block in terms of defence that always want to get a result.

My manager Giuseppe Iachini is a manager that does everything in his power to get results, and is never satisfied with a draw or a loss.

I believe that Italian managers appear to have a little bit more passion than Dutch managers who are generally calmer during matches.

You have played in the Eredivisie and Serie A. What do you believe to be the differences between the two leagues?

I believe that the differences between Eredivisie and Serie A are that the level of the Serie A is higher. They also have more money at their disposal.

I believe that Serie A teams are more compact, organised, and disciplined in comparison to Dutch teams who tend to play in a more free way.

In Serie A, all the teams can play in a concentrated and disciplined way, with strikers upfront that can always score a goal.

In my experience in the Netherlands the matches are more free with more space, less speed, and maybe easier for a striker to score goals in that respect.

You played two seasons for FC Utrecht. How do you look back on your time at the club. What were your highlights?

I really enjoyed my time at FC Utrecht. It’s a great club and I believe that I fitted in really well there. I still follow their results.

My highlight was playing for them every week, and my low point was losing the 2016 Dutch cup final against Feyenoord.

It was a great experience to go to ”De Kuip” with all the FC Utrecht supporters, but we unfortunately lost that match. As a player you carry such an experience with you throughout your career.

You are still young Timo, but could you say who is the best player you have played with so far in your career?

I don’t know. That it is a difficult question!

I do not really look at other players, I prefer to focus on my team and how I play and how we can get a positive result.

It is also difficult to compare an striker with a defender, or a midfielder with a goalkeeper.

What about opponents. Are there any opponents that you have faced in a particular match that stood out for you?

In terms of opponents we played Juventus at home earlier this season, and although he was not my direct opponent, Paulo Dybala scored a hat-trick in that match. He is the player who has made the biggest impression on me in my football career so far, due to how easy it was for him to score goals and how intelligent he is.

Which managers would you say have helped you the most so far in your career?

The managers that have helped me the most throughout my career are Erik ten Hag at FC Utrecht, and Dick Lukkien [currently managing FC Emmen]. He was my manager in the youth teams at FC Groningen and he is the one that convinced me that I could play as a central defender. That was an important step for me in my career.

Erik ten Hag made me more disciplined at FC Utrecht, and taught me to be conscious of my profession and my career, and to also be aware of my role in the team.

Erik ten Hag and Dick Lukkien are without doubt the two most important managers for me so far in my career.

Finally what are your ambitions for the future. Do you want to stay in Italy? Do you also have thoughts of getting back in to the Dutch national team squad?

My ambitions at the moment are quite simple, and that is to play football without pressure or problems.

My knee is holding up well, although my hamstring is still a little bit weak. I want to be the old Timo Letschert that is 100 percent fit and to play without inhibition, and play week in week out.

I have learned through injuries that you cannot plan a career. I remain ambitious but I now look at things on a weekly basis.

I want to reach my highest level possible, so I must keep working hard and then we shall see where that takes me.