A WFi World Cup Team of The Tournament 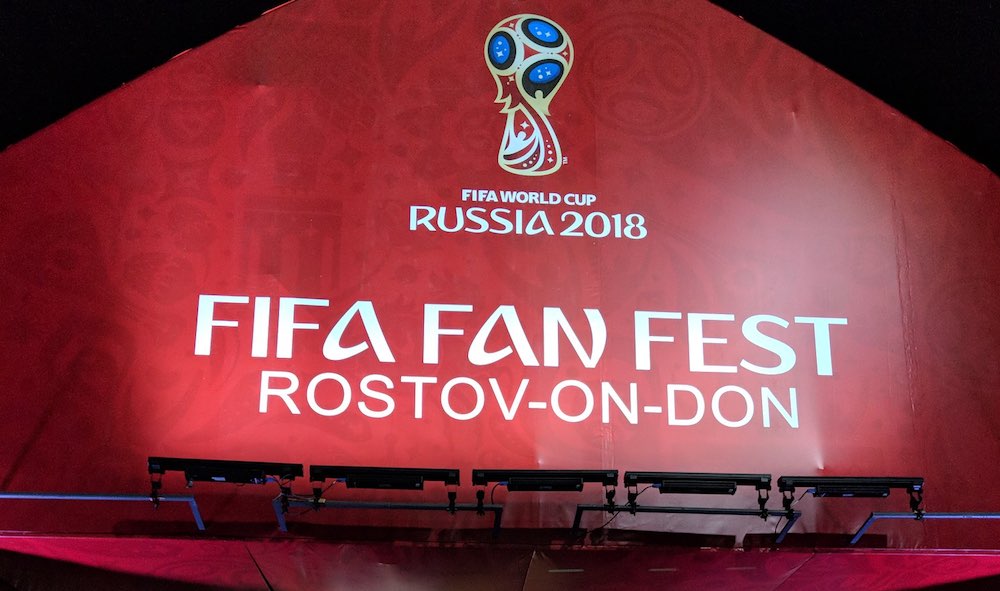 France defeated Croatia in an entertaining World Cup final which rounded off Russia 2018 in style.

There were a number of outstanding performances throughout the tournament, but only eleven can make the final cut.

These are the official awards given out by FIFA, and below is a team of the tournament. 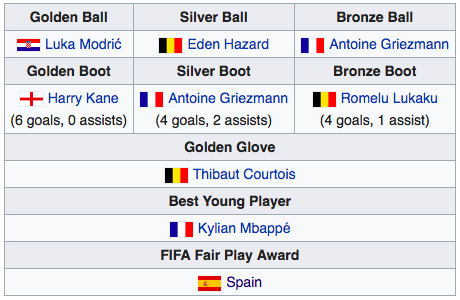 Behind the Harry Kane penalties, the Kieran Trippier free kick, and the Lingard/Alli axis, Jordan Pickford was the player who made sure England’s advance didn’t falter.

A number of impressive saves against Sweden and Colombia built on a good group stage, and he also did what was asked of him in the defeats to Croatia and Belgium.

For once it wasn’t his distribution which was singled out for praise, but a number of outstanding saves, going someway to dispel the idea that this is a weakness in his game.

An honourable mention for Cho Hyun Woo, who was one of the more outstanding stoppers in the group stages.

Some favourite players from the #WorldCup so far.

Kieran Trippier took some dislodging from this position, but Vrsalko was a big reason for Croatia’s progress to the final, and was impressive against Trippier’s England in the semi-finals.

His forays down the right had France on the back foot in the first half of the final, before luck and some poor refereeing conspired against the Croatians.

The Barcelona reserve’s ability to attack set pieces carried Colombia through to the last sixteen where they were knockout out by England, but not before Mina got on the scoresheet to force extra time and penalties.

WFi’s Frank Crivello compared the Atletico Madrid centre back to the Milan greats, and he proved at this World Cup that he’s definitely in that league.

I love watching Diego Godin defend. I legit rate him with the great Milan center backs. Milan friends fight me all you want on that take.

Uruguay went out in the quarter-finals to the eventual winners, France, but had Edinson Cavani been fit La Celeste could have reshaped the entire World Cup.

Godin has an able successor in compatriot and club-mate Jose Gimenez, but defenders of his type are becoming rarer.

Honorable mention to the centre back pairing of Raphael Varane and Samuel Umtiti who played a big part in France’s World Cup win, not least with their goal apiece at the tournament.

The versatile left-sided player revitalised a Uruguayan team which had was fairly stale early on in the group stages, and gave them the outlet in wide attacking areas which they were sorely missing in those games.

Was arguably the tournament’s best player up until an uncharacteristically poor performance in the final.

His immense energy and tenacity gives opposition midfielders no peace, and he’s also clever with the ball once he wins it.

Maybe this energy had expired by the time the final came around, but he still deserves his place among the world’s elite.

From quietly impressive to boldly game-changing. His goal in the final was a tournament highlight, showing his vision and passing ability, and also his technique with both feet after his right-footed shot was blocked so he finished expertly with his left.

Deservedly awarded the Golden Ball as the tournament’s best player. He not only knitted Croatia together, but he played a big part in the opposition’s undoing.

Not much more needs to be said about the man many are saying should now be in contention for the Ballon d’Or.

If he was a breakout star, he would have been the tournament’s breakout star. Regardless of how much of a revelation the second most expensive footballer in the world can be, Mbappe was rightly named the tournaments best young player.

Cue comparisons with Pele, who won the World Cup with Brazil in 1958, aged 17, and is the only player younger than Mbappe to have scored in a final.

Another award you can hand to the Paris Saint-German teenager is that of most exciting player. He had the crowd on their feet more than Neymar did, and the many years he has ahead of him makes him intriguing than Hazard.

His pace was vital to the France’s tactics, and he and Pogba worked in tandem to secure their nation’s second World Cup.

It was a World Cup for the target man, but a more diminutive frame stood out when looking at the bigger picture.

Olivier Giroud did a job in front of him, but Griezmann was often France’s standout player.

His trickery won the free kick which led to the first goal in the final, and he converted the penalty, remaining composed in the post-VAR fallout where unsettling penalty takers appears to be fair game.

He’s arguably the leader of a group of players who will be overtaking Cristiano Ronaldo and Lionel Messi as the best in the world.

Aged 27 he probably needs a move at club level in order to reach such heights in his peak years, but in this tournament where transfer fees and club football are irrelevant, he was clearly one of the best.

His goal against England in the Third Place Playoff rounded off a lively tournament where he proved he is the world’s best dribbler.

He completed a remarkable 79 percent of his 52 attempted take-ons, with only Mbappe trying more (53) with 60 percent success.