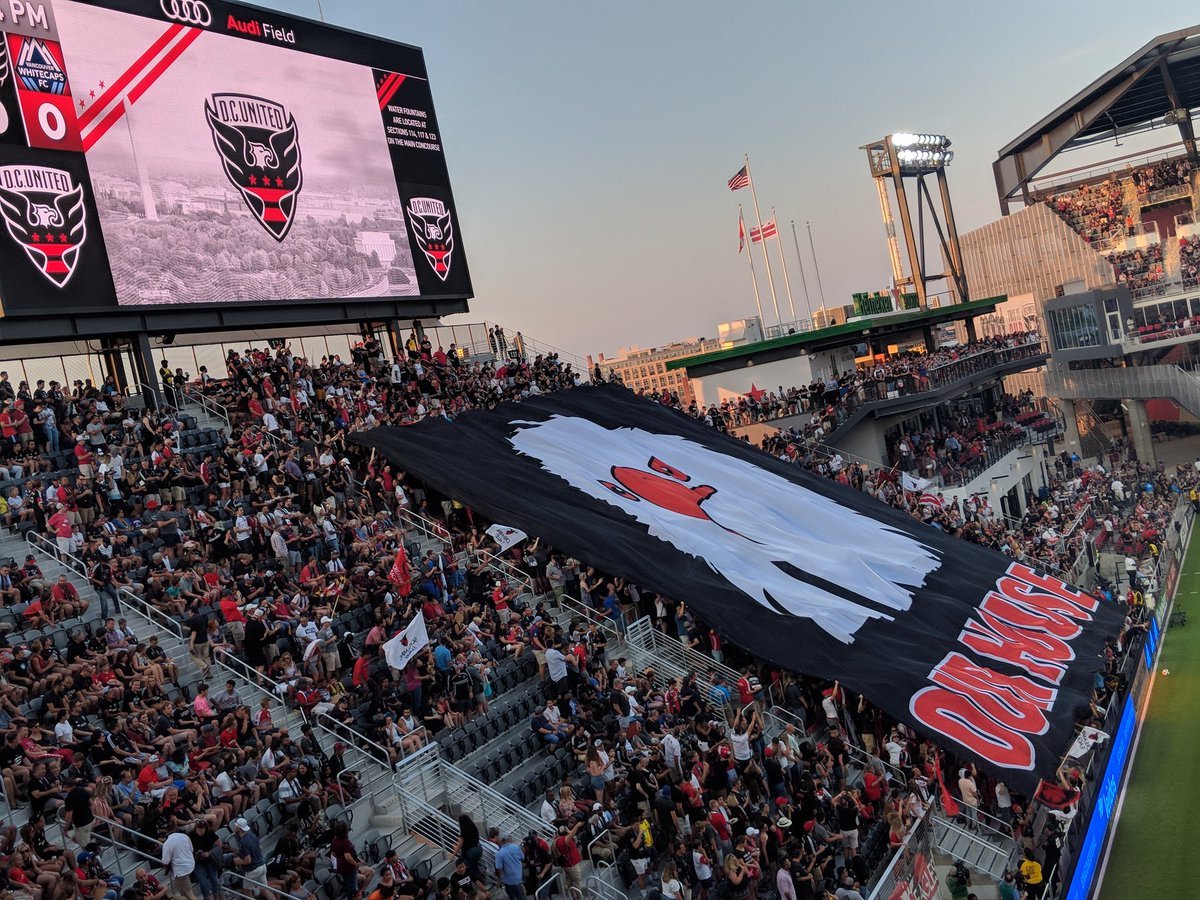 Coming into this season I had renewed hopes for DC United. Through the first 14 games, the majority of which was spent on the road, the optimism had not wavered.

DC sat dead last in the Eastern conference with a record of two wins, seven losses, and five draws. Why am I optimistic about that? Well, DC have played four to six games fewer than anyone else in the league.

Couple that with a fair showing in those losses and draws, and DC are close to a switch in mentality that will get them over the hump in an open Eastern Conference.

They will be home for 15 of the next 18 matches and that is recipe for a playoff push. Two wins through 14 games and I’m talking playoffs?

Clearly whatever I’m smoking needs to be passed around.

The DC, Maryland and Virginia area, or as us locals call it “the DMV,” were excited about the new stadium finally opening. That new stadium, called Audi Field, is a brand new state of the art 20,000 seat facility. It’s the perfect size for this team.

United clearly struggled to fill the much larger 45,000 RFK Stadium. The only time I saw RFK at maximum capacity, was when David Beckham made his debut in MLS. 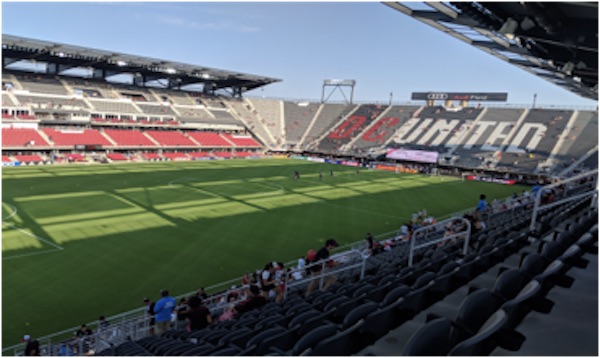 Heading to the stadium, I was excited because I had a season pass at the closest parking lot, directly next to the Washington Nationals Ballpark and a short 10 minute walk to Audi Field.

Let me tell you, it was chaos. Every road in the vicinity was closed off, including the road to where my parking lot was. I am going to blame The Major League Baseball All-Star game festivities that were taking place in Washington, DC.

Once I finally parked, I made my way to the DC United fan festival for a little while, before making my way inside the stadium. It was far too hot and humid to stay at the fan fest for long.

Audi Field really tries to emulate those great English stadiums where the fans are right up on the pitch. Walking into the main gate you are basically on the pitch already.

I personally think I had the best seat in the house. Not far from the pitch with no one behind me so I could stand at my leisure, and a nice sunset. I also had a fantastic breeze to keep me cool during this hot and humid Washington, DC summer day.

The big news pre-match was that Wayne Rooney would not start, but he would be on the bench. It seemed an obvious decision, but many were taken aback by that. 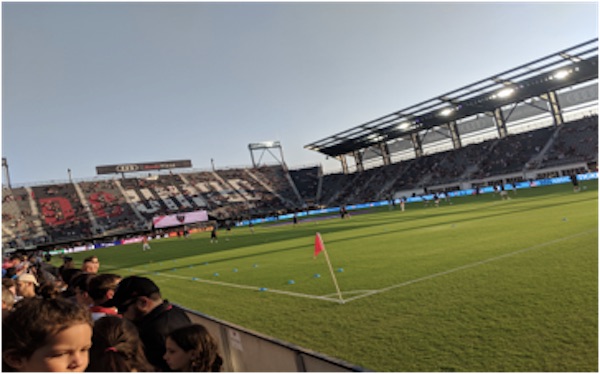 The match got underway and United were clearly boosted by the home crowd and new stadium. DC carried most of the possession in the first half, but the score remained 0-0.

Audi Field was finally christened in the 26th minute by a sensational goal, seemingly from nowhere. Yamil Asad struck the top corner and the crowd erupted. What a way to open the new building and the Rooney era in Washington, DC.

The match would go to half time with that lone goal. DC played okay in the first half and had the lead, but were far from dominant.

DC fans were in party mode, hoping for a win in their home opener. The only thing that would make it better is to see the new signing get on the pitch. United fans began chanting, “we want Rooney” over and over, starting in the 50th minute, and finally manager Ben Olsen obliged, bringing Rooney on in the 58th minute.

Rooney received a standing ovation and thanked the fans by completely changing the dynamics of the match, and making an instant impact.

United’s confidence just switched on and looked like a new team. Everything was going through Rooney and the Englishman made clever passes to free up his teammates.

United players fed off that, and the passing became more fluid and free flowing. Passes that were tearing apart the Whitecaps defense.

It took just 9 minutes, but United’s slick passing carved up the Vancouver back-line and Paul Arriola made it 2-0. A highlight reel team goal started by Rooney, and United was off and running.

United continued to create chance after chance, trying to give their newest addition his goal. Rooney came close several times, and saw a header hit the post.

Though he didn’t have his scoring boots on, he certainly displayed his range of passing. In the 79th minute, he got his first assist in MLS as he fed Arriola who netted his brace. Yet another beautiful goal.

You can count on one hand how many quality goals United had score through the first half of the season. On Rooney’s debut, they scored three.

For the club, for the District. Thanks to everyone who came out tonight. #UnitedAtHome pic.twitter.com/GtFbIjRbxM

In my opinion Rooney was upstaged by two teenagers. 18-year-old defensive midfielder Chris Durkin for DC, and 17-year-old attacking midfielder Alphonso Davies for the Whitecaps. These two kids among men stood out for their respective teams.

I was very familiar with both players. They broke into their first teams at just the age of 16, but this was the first time I got to see both in action together.

Durkin looked much bigger than most on the pitch, and his calmness on the ball provided the perfect transition from defence to attack. He made timely tackles and appeared impenetrable.

He displayed all the qualities you look for in a defensive midfielder, and I could not think of a single moment in the match where he lost possession of the ball, and he finished the game with 93 percent pass accuracy.

Cheeky, timely passes to nearby teammates. Long passes across the field. He had a little of the Andrea Pirlo swagger about him, minus free kick ability.

As for Davies, he seemingly towered over United right back O’Neill Fisher, and went at the red-and-black defense with trickery and pace.

A perfect example of the immense talent he has was on display in his goal at the very end of the game. He took on four United players at once, using his guile and trickery to evade them and blast a shot into to the far corner to ruin the clean sheet.

For all the beautiful goals United scored, this was Neymar-esque from the Canadian, and took top billing.

The debut for Rooney certainly proved a boost for United. If they can play as free-flowing as this for the remainder of their campaign, then they will be back in the playoff hunt.

They sit nine points behind the final playoff spot with six games in hand. The optimism remains.

While playoffs are an uncertainty, what is certain is that the two teenage sensations, Durkin and Davies, will be household names internationally before we know it.