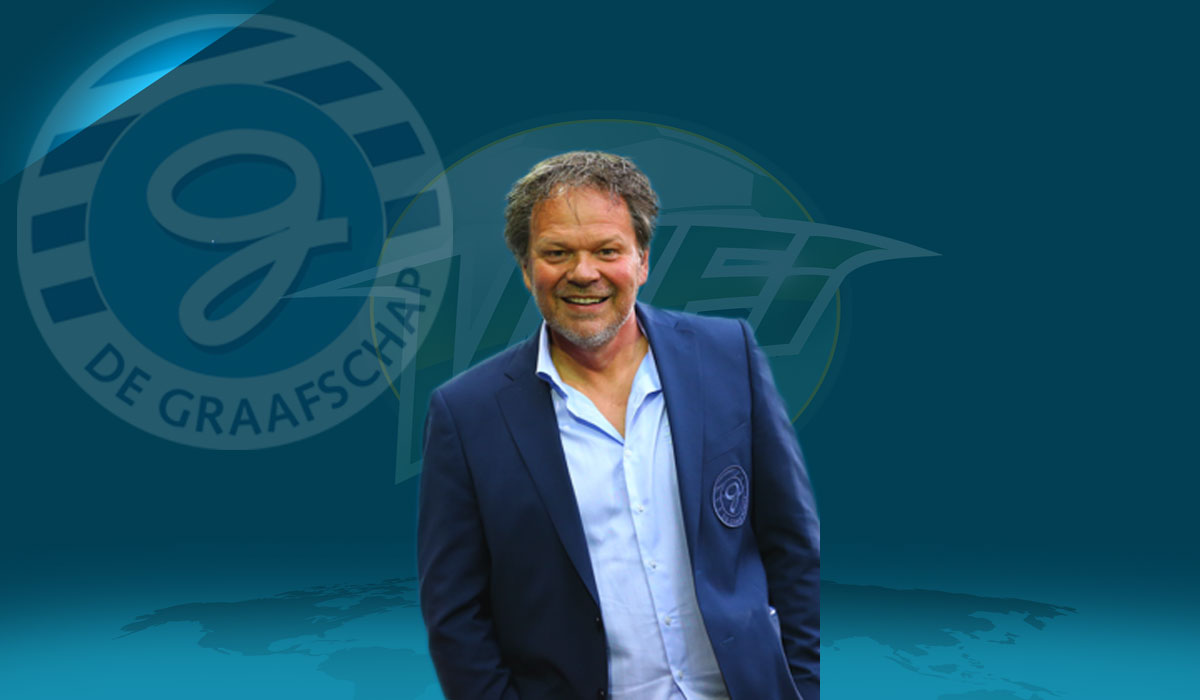 How are the preparations going ahead of the new 2018/2019 Eredivisie season, and De Graafschap’s return to the top flight?

In principle the preparation ahead of the new season is going well and we have played well in friendly matches, but it has varied in terms of opponents that we have faced.

For example, certain clubs, such as SC Heerenveen and NAC Breda, cancelled planed friendly matches when we achieved promotion. Then it becomes difficult to arrange another friendly match as you need to find an opponent, and also acquire a license too.

Do you have a certain approach this season in terms of staying up in the Eredivisie?

You see when that happens, that our stadium is sold out, and that is important. That also means that the supporters enjoy the football that we play.

You became De Graafschap manager in 2017. Are you enjoying your time at the club so far?

De Graafchap is a great club, and a real people’s club too, where the supporters are really direct.

But I like that, and I am used to being in such an environment having experienced it during my time in amateur football and at the clubs where I was assistant: SC Heerenveen, FC Groningen, and Cambuur Leeuwarden.

They are all clubs that are not easy, but I enjoy being involved with them. I enjoy working in an environment at clubs where not everything goes in a straight line.

You mentioned your time as an assistant at FC Groningen. Was it there where you realised that you wanted to be a manager in your own right?

Yes, but I also had the feeling that I wanted to be a manager before then, during my time in amateur football, and my success with Harkemase Boys and Sneek. I had the idea that there might be possibilities to enter professional football, but I still had a lot to learn.

To be a manager is a constant learning curve. My playing career ended when I was 20 years old after a cruciate ligament injury, which was a shame, but I gained experience by becoming a manager straight away, managing youth teams. That helped me gain experience.

You were assistant and then later also became manager of Cambuur Leeuwarden between 2014 and 2016. How do you look back on your time with the club?

It was a really special time in my career, and I was delighted to help to breathe new life into the team.

All the supporters, and the whole city, got behind us, and we played in a sold out stadium every week.

I was particularly pleased with the football that we played. It was really good that we managed to achieve that.

My highlights at the club were winning the Jupiler League [Dutch first Division] and how the city celebrated that, and the matches that we went on to play in the Eredivisie, beating a very strong Vitesse Arnhem 4-3, for example.

For me a highlight at a club is that the people are recognised within the club, and that they feel like they belong. Such things are fantastic.

I believe that one of my qualities as a manager is that we do things together. Everybody feels involved.

That is very important to me as it means that the whole team can perform to the best of their ability on the pitch.

Regarding future ambitions, are you a manager that would like to work abroad one day?

I have often discussed with my assistant Sandor van der Heide about the possibility of working abroad, and in particular in England, even at a small club at lower level.

So long as the club wants to play football and build something then we would go.

There have been no approaches from England as yet, but it’s a good thing that we were promoted yet again. You never know what will happen in the future.

I like to keep up to date with all European leagues. I even went to England last December and managed to watch many matches, including under-23s matches too.

Finally, Henk, can I ask your opinion about the Dutch national team, the repercussions of missing two consecutive tournaments, and their current manager Ronald Koeman?

As a small country we have waves of players in different generations that come and go, and we will have such a thing in regards to the Dutch national team too.

I am also very happy with the work that current manager Ronald Koeman is doing. I have contact with him, and I met him recently and we get on well.

I have full confidence in him that he will get the Dutch national team performing again.

He has a very positive attitude, and he even congratulated me when De Graafschap gained promotion to the Eredivisie last season!