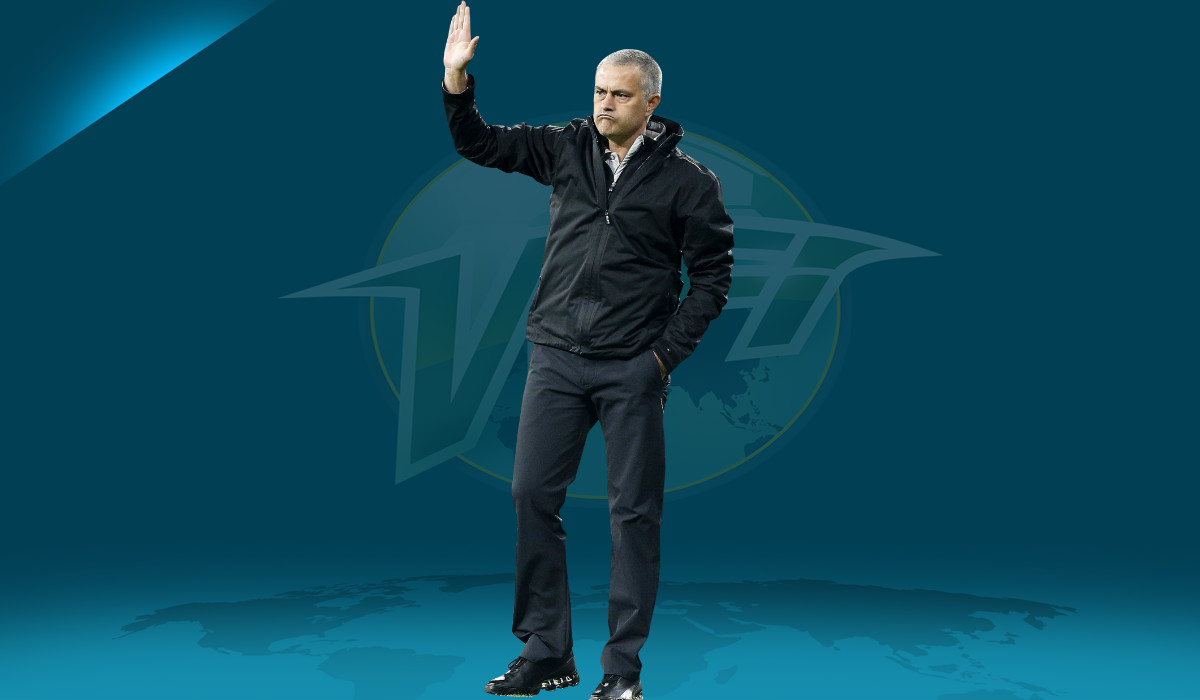 2016 was a funny old year. Well, like Trump and Brexit, it’s all gone a bit wrong for Jose Mourinho at Manchester United. And like Trump, it’s all his own fault, and he needs to go.

Nobody can deny the successes of Jose Mourinho’s past. The league titles Europe-wide. The Champions Leagues. Numerous domestic cups. Even his first season at Manchester United worked.

While playing pretty dire football (more on that later) he still managed to conjure up a Community Shield, League Cup and Europa League. Three trophies. Back in the Champions League. Pogba with a year back in England under his belt. Perfect.

Mourinho’s second season should’ve been glory and joy once again. The great leap forward. Well instead United went backwards. They ended up miles behind Manchester City in the league, knocked out of the Champions League with one of the worst second round performances imaginable, and lost the FA Cup final in very weak fashion to a very ordinary Chelsea side.

So why is it Mourinho’s fault?

The biggest problem Mourinho has created for himself is with his pragmatic and downright awful defensive football. It can be argued if resources are tight, it’s what a team’s gotta do, but it’s hard to justify that excuse when at one point you broke the world transfer record for a decent midfielder.

Throughout his two seasons in charge, he’s clung to the rigid, 4-5-1 formation that doesn’t lose all that often, but hardly wins either.

That first season in charge Manchester United drew 15 times, more than any other team in the league. They scored less goals than Bournemouth. They finished 6th. But no matter. There were those aforementioned cup wins, and a return to the Champions League.

Back to last season. Mourinho wisely buys Romelu Lukaku. Guaranteed goals. This is surely where United go on the ascent. A second place finish, but 19 points behind Manchester City.

The draws have ceded, but the goals are nowhere to be seen. United score 68 times in the league. Only Chelsea score less in the top 6. The season ends trophy-less. Most clubs would love to be in this position. Then again, most clubs don’t spend £291m to finish empty-handed.

It was there for all to see week in, week out. For all the money spent, still playing a defensive 4-5-1 is not good enough. And not even just against their main rivals. It was happening against weaker opposition, home and away.

The most egregious example was in that aforementioned second round Champions League exit to Sevilla.

After squandering the chance to get an away goal by drawing 0-0 in Spain, United had to score to advance.

This is where a positive, attacking side needs to be put out, right? In a game where you literally have to score? Nope. 4-5-1. Lukaku up top on his lonesome. Rashford shoved out wide to the right. Fellaini starting. 17 shots on goal, only 3 of them on target. Sevilla win 2-1.

Even David Moyes got United to a Champions League quarter-final, although he did lose woefully to German minnows Bayern Munich.

Rashford out wide (or not getting played at all) is a recurring problem. As per Mourinho, the development of players in his two years at United has been shocking.

Rashford can’t get a game, so naturally can’t hone his sharpness in front of goal. He needs a run of 10 games or so to show he has the potential to be a United-worthy centre-forward. But when there’s only one forward spot available because of a pragmatic formation, what chance does he have?

Anthony Martial, he of selfish bastard going home from a pointless pre-season tournament to attend the birth of his second child, isn’t fulfilling his potential.

Indeed, it can be argued that Martial’s temperament isn’t the best, but isn’t that where world class managers come in and earn their coin? Man-manage their players so they can fulfil their almost-ridiculous potential? I bet Guardiola or Klopp would have a field day with Martial, and would love him at their respective clubs.

It’s not just players from recent seasons, though. Established players have gone backwards under Mourinho. Chris Smalling under Louis van Gaal was one of the Premier League’s best defenders. He was made England captain under Van Gaal’s reign at United. Now? Smalling can’t get in the United first team.

A player doesn’t become awful overnight. Something has to have fundamentally changed for them to slide backwards so far. Enter Mourinho.

Then there are his transfers. Nobody can deny that some of Mourinho’s buys have been outstanding. Zlatan Ibrahimovic was outstanding in his one year at United without question. Lukaku is without a doubt a world class centre-forward. Pogba is clearly a great midfielder as seen by his performances for France at the World Cup, and could be too at United. All great buys.

However the amount of youth players he has let go have been disheartening. Pretty much anybody van Gaal blooded has been shipped out. Will Keane, Tyler Blackett, Paddy McNair. Players who with some development could have been contenders. All gone.

Daley Blind, a versatile and all round solid player who was being moulded into a noteworthy defensive midfielder under Van Gaal, shipped back out to Ajax. Another player not really given a chance under Mourinho.

Then there’s Mourinho’s own buys that he’s shipped out. Henrikh Mkhitaryan was voted the Bundesliga Player’s Player of the season just before he arrived at Manchester United.

18 months later Mourinho had shown him the door, prompting Mkhitaryan to say back in April after his move to Arsenal: “I didn’t think twice. It’s important for me to play in an offensive team”. Who could blame him?

And finally there are the fights and all-round negativity. We’ve already touched on Martial and this summer’s pre-season tour of the U.S. But it’s not just the players.

It’s Ed Woodward and the Manchester United board. Or its the fact the World Cup was on and a lot of United players got to the final stages. Because no other manager has had that problem this summer…

Or its telling the fans after a pre-season United-Liverpool game: “The atmosphere was good but I wouldn’t spend my money to watch these two teams”.

The above tweet about the pre-seasons of Guardiola, Klopp and Mourinho, and working with youth went viral for a reason, and sums up each manager perfectly. Guess which one was the negative one.

It seems that Mourinho and his third season syndrome is well and truly kicking in. He’s the bookies’ favourite to be the first Premier League manager sacked this season. It’s hard to argue with them considering how abrasive and dour Mourinho has become in this past year.

I think it’s time Mourinho finally went, and can cross off another team he’s failed to last longer than three years at. And I for one won’t be sad to see him go.