Gonzalo’s Goals Could Make Higuain A Hero At Milan 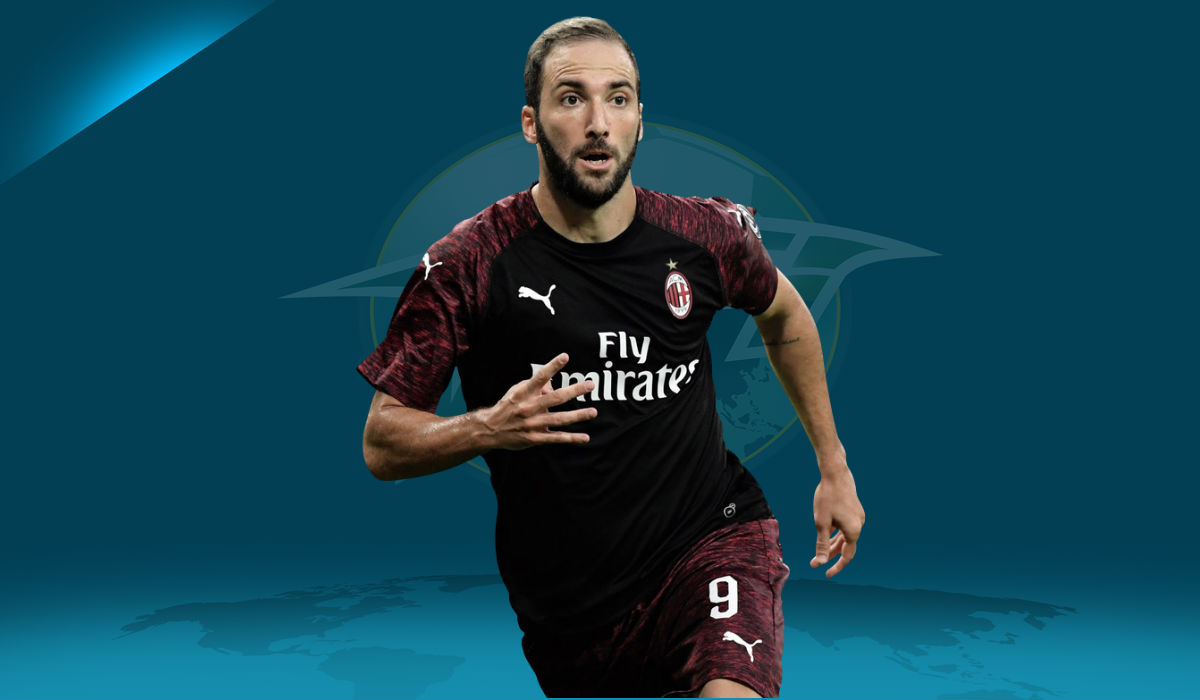 He may have hit the headlines for an excellent assist against Roma last night, but AC Milan signed Gonzalo Higuaín for another reason — to score goals.

His league record at his previous four clubs suggest he will start sooner rather than later, as he has found the back of the net in more than 50 percent of games on average since turning professional with River Plate back in 2005.

These are either the best goals or the worst goals, depending on which end of it you are on. @acmilan surely grab it at the death, with Patrick Cutrone scoring. Supersub? #MILROM #PUREFOOTBALL #SerieA pic.twitter.com/1jN6PbaW0C

When the Old Lady of Italian football signed Real Madrid superstar Cristiano Ronaldo this summer it was only a matter of time before one of the strikers already at the club would be shown the door.

Paulo Dybala is seen by many at Juventus as the future of the club, but during the summer was linked to many of Europe’s top clubs. It look like he would leave the club when Ronaldo signed, after all, his strike partner and fellow Argentine Higuaín was one of the most popular players at Juventus.

From watching the Netflix series First Team Juventus you see how popular Higuaín was with both his team mates and the fans. When you see El Pipita interacting with the youth teams at Juventus you see the player at his happiest, and the reaction from the young fans is amazing to watch.

Higuaín’s goals have bailed out Juventus on quite a few occasions, and it seemed he had created a great understanding with Dybala, so you could imagine my amazement and surprise when it was announced that the 30-year-old had signed for AC Milan.

Having a player of Higuaín in Millan’s attack will make them a potent threat this season. The new Milan owners are intent on bringing the good times back to the San Siro, and the purchase of Higuaín is a sign that they are willing to put their money where their mouth is.

Although it’s only a loan move this season, if all goes well next season I can see the move becoming a permanent one.

Milan have struggled to score goals during the past few years. Their top scorer last season was Patrick Cutrone with 14, which when broken down is one goal every 155 minutes. In fact Milan only scored 1.5 goals per game last season as they finished 6th and well off the pace of Juventus who won the title for the 7th season running.

The management at the Rossoneri will be hoping that the purchase of Higuaín will help take the pressure of Cutrone, Giacomo Bonaventura and Suso.

I am looking forward to seeing how Suso and Higuaín link up. Since he left Liverpool the Spaniard has become one of Milan’s most important players, and was one of the club’s main creators last season with seven assists.

The capture of Higuaín will certainly boost Milan’s goal-scoring threat. His intelligence and movement in front of goal will be a nightmare for team’s, not just in Italy, but also when Milan play in Europe.

Higuaín will score goals for Milan, that I’m sure of. With Suso playing behind him, Riccardo Montolivo in midfield, new signing Mattia Caldara in defence, and goalkeeper Gianluigi Dommarumma, Milan have a spine of players capable of challenging the likes of Juventus, Napoli and Lazio for the Serie A title.

Milan haven’t won the league since 2011 season, and haven’t won the Copa Italia since 2003. If Higuaín’s goals can lead them to silverware he will become an instant hero for the Rossoneri.