The Winds Of Change – Bundesliga Zeitung 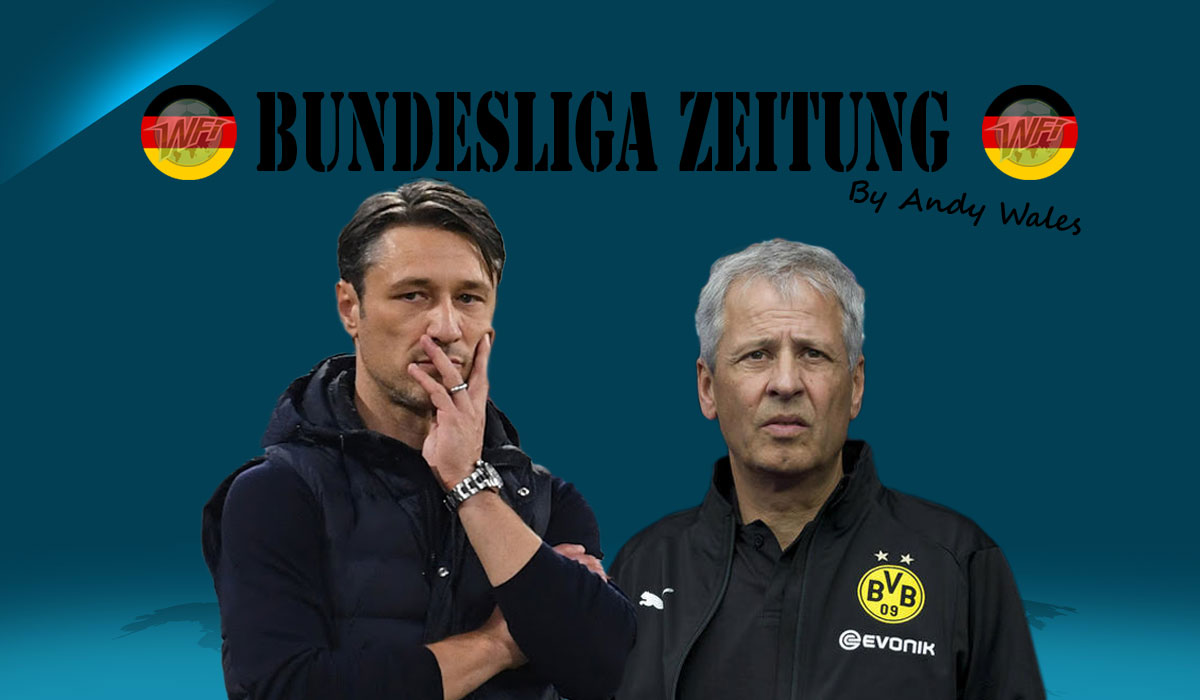 It’s been a dramatic couple of weeks in the Bundesliga since the last instalment of this column.

Goals aplenty, drama, an Englische woche and even a sacking, so it’s high time we catch up on events.

Englische woche is the quaint name used for a full set of midweek league fixtures in Germany and literally translates as “English week”. Although this congested period of fixtures is traditionally likened to English football, the expansion of European competitions has meant midweek games are more commonplace cross the continent.

As for the sacking, VfB Stuttgart’s Tayfun Korkut became the first Bundesliga coach to fall on his sword this season. He leaves the club bottom of the table, just 10 months after taking charge.

Since his appointment in January, he guided the club from potential relegation to the fringes of Europa League qualification. After a disappointing start to this campaign, it seems there’s little room for sentiment and under-23 coach Andreas Hinkel has been placed in temporary charge.

Two other bosses who were feeling the pinch after losing their opening few matches were Heiko Herrlich at Bayer Leverkusen and Schalke’s Domenico Tedesco. The pressure was especially intensifying on Herrlich, with rumours of his future beginning to circulate. Notching back-to-back wins against Mainz and Fortuna Düsseldorf helped to relieve that somewhat.

For Tedesco, similar relief came, coincidently, against the same opponents in the same order. Somehow, I doubt Mainz and Düsseldorf will take any solace from helping Leverkusen and Schalke out of a bit of a jam.

Last season it was FC Köln who surprisingly found themselves at the wrong end of the table. Their disastrous start that ultimately ended in relegation was not helped by playing European football for the first time in over two decades. In contrast to this, Schalke and Leverkusen have arguably benefitted from their European excursions.

Leverkusen have won both their opening Europa League group matches, giving them much needed positivity. The same can be said of Schalke, where a draw at home to Porto in the Champions League was followed up with a late winner against Lokomotiv Moscow.

Köln’s domestic woes last year were compounded in Europe, whereas Schalke and Leverkusen can draw confidence from their results and perhaps we’ll see them rediscover their form from last season over the coming weeks.

As for the goals I spoke of? Well, they’re everywhere. Poor Nürnberg have gone from only conceding three goals in their opening four games to letting in 13 (yes, thirteen) in the space of a week. Borussia Dortmund were the beneficiaries of seven of them in a display that invoked happy memories for the Westfalen faithful, back to a time when their side were regularly lifting trophies.

Sit back and enjoy Borussia Dortmund’s dramatic 4-3 victory over Augsburg in the Bundesliga.#BVB #Bundesliga pic.twitter.com/UwD1pX3DaD

To follow up this goal feast, Lucien Favre’s side showed an element of steel; first, by coming back from being two down at half-time away to Leverkusen in a fine second half display that saw then run out 4-2 winners.

Then, this past weekend they played host Augsburg and surprisingly found themselves trailing early on. After eventually drawing level, Dortmund soon found themselves chasing again as Augsburg re-took the lead.

With a shock on the cards, Dortmund pressed on and again equalised before Mario Götze quickly put them into the lead for the first time in the match, with just six minutes left on the clock. The drama didn’t end there though because within a few minutes, Augsburg were able to recover and draw the game level once more.

As dramatic as that was, things were not yet done as deep into injury time Dortmund striker Paco Alcacer completed his hat-trick to give the hosts an incredible 4-3 victory.

It’s early days, but Lucien Favre has improved the organisation of this Dortmund team and certainly appears to have made them more resilient. In terms of their title credentials, time well tell, but the first big test will come early next month when Bayern are the visitors.

Right now, and for the first time in a few years, you would fancy Dortmund to come out on top. Bayern are in the midst of a slump, failing to win any of their last four games in all competitions.

A surprise draw at home to Augsburg was followed up by an even more surprising 2-0 defeat in Berlin. To compound this, they could only manage a draw at home to Ajax in the Champions League. Unbelievably, worse was still to come for fans at the Allianz Arena as the champions were humiliated at home in a shocking 3-0 defeat to Borussia Mönchengladbach.

Five teams are ahead of Bayern Munich in the @Bundesliga_EN table – but can any of them last the course?https://t.co/bA8kYewFoG

Credit must obviously go to Gladbach, who are riding high, but the focus is inevitably on the wheels coming off the juggernaut that is FC Bayern München. It was a similar time last year when Carlo Ancelotti’s time as Bayern boss came to an end after just over a year.

Niko Kovač has only been in charge for a few months and had initially got off to a decent start. However, the pressure and attention that comes with the territory at Bayern means that rumours have already began to surface on his future.

At this juncture, it’s only a bad run of results and can be called a blip, but if the winless streak extends to six or seven games after the international break, then we might be moving into crisis territory and more drama at the Allianz. 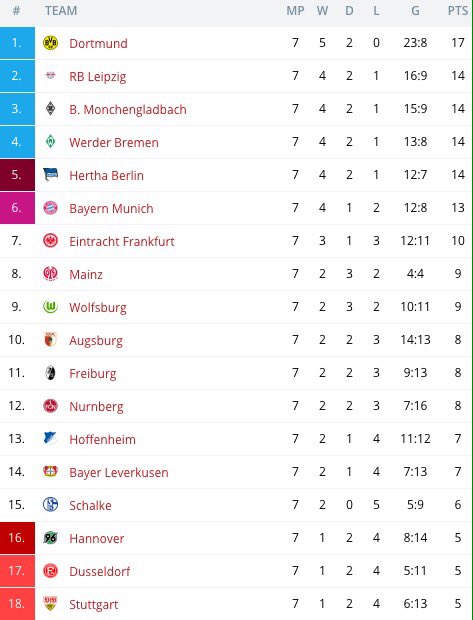