Harvey Barnes – Worth A Shot For England 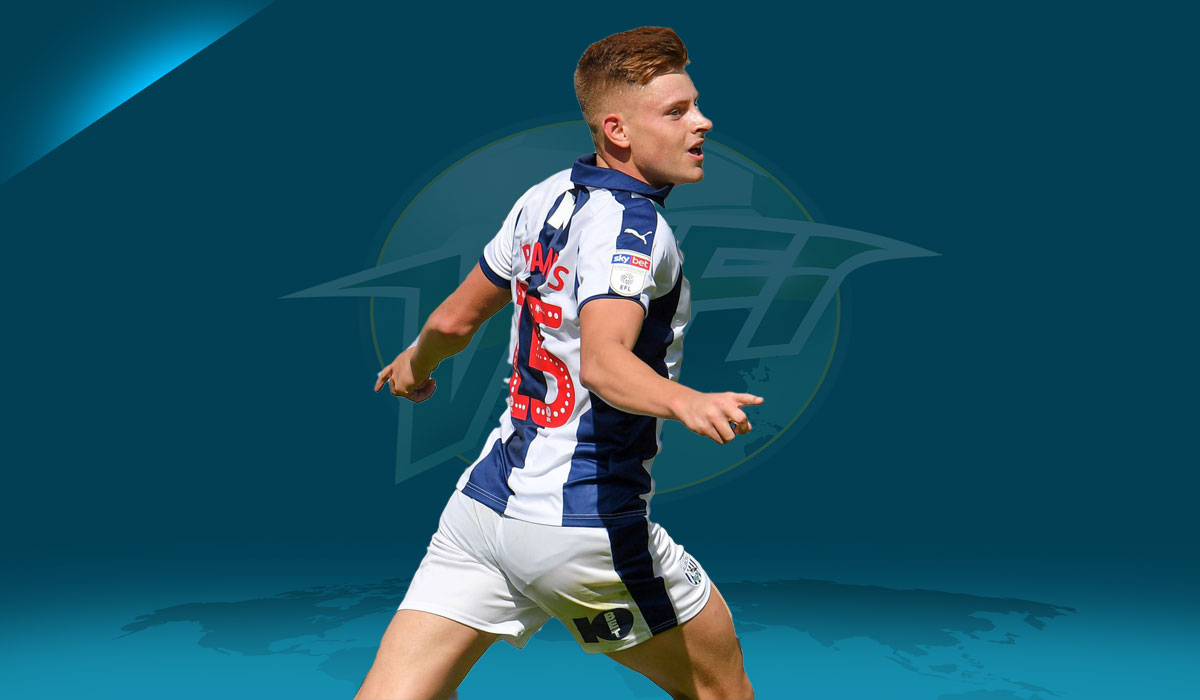 Shot being the operative word. 20-year-old Harvey Barnes, the Leicester attacking midfielder on loan in the Championship with West Bromwich Albion, has taken more shots than all but one player in the league this season.

Only Preston North End’s Callum Robinson sits ahead of him in the total shots chart at this early stage of the campaign, with Mason Mount just behind him in third.

As is the case with most stats, total shots is a fairly useless on its own, but with exactly half of Barnes’ attempts on goal coming from outside the area, this does begin to paint a picture of the type of player he is.

It reveals that he’s willing to try shots from distance, and two of his five goals scored so far this season have come from outside the box. Positionally it shows that he’s a midfielder who will burst toward the box from the centre of the park, looking to get on the scoresheet either with an audacious attempt or with a late run into the area.

Away from the statistical side of things, Barnes is a right-footed attacking midfielder with a good all-round game. He has the work-rate to contribute defensively from attacking positions, and to track back, and has the pace and technique to hold his own against physical opposition.

He has been fouled 29 times in 12 games, and recently commented on some of the rough treatment he has received so far this season.

“You’ve got to take it as a compliment. They wouldn’t be kicking me about if I wasn’t playing well,” he said.

“At a younger age, I had a bit of a temper. People would kick me about and I’d react to it, but you’ve just got to learn to deal with it, take it as a compliment, because it’s a part of the game.”

The Leicester and West Brom websites have him down at 5ft 7in (174cm), but he looks slightly taller than that on the pitch this season, maybe approaching 5’11” which will help in these physical battles.

He boasts good acceleration and is quick enough to get away from his marker, and this can also help him take on his man with a quick dribble. He has a decent left foot, and has scored one outstanding goal from outside the area with it this season.

In terms of passing he’s currently successful 78 percent of the time, which is good for a player in such an attacking position where passes are more risky. He also completes around two key passes per game on average (1.8 per 90 minutes), and has created the most big chances in the Championship with five.

He began the season playing on the left of the three in a 4-2-3-1, or left of the four in a 4-4-2 depending on how Darren Moore’s formation is interpreted. Since then he’s moved into a more central position in a 3-5-2 / 3-4-1-2 — with the latter more representative of his position as the No. 10 behind two forwards.

This is another reason he may catch the eye of those running England’s senior set up, as variations of a 3-5-2 or 3-4-2-1 have been used by Gareth Southgate, and Barnes looks like he could be ready-made for this formation.

He has been called up to the England under-21 squad, while fellow Championship player, the aforementioned Mount who is on loan at Frank Lampard’s Derby County side from Chelsea, has been given the nod in the senior squad.

Mount has also been in excellent form this season, but there isn’t much to separate the 19-year-old and Barnes. If the Leicester man continues this form for West Brom, then he could be recalled in January, much to the annoyance of his current side who sit second in the Championship thanks partly to his performances.

He could be playing Premier League football in 2019, and if he shows similar promise in the top tier then he could follow Leicester’s other young English No. 10, James Maddison, into the England squad.

😱 Burnley born Harvey Barnes, who is the son of former Claret Paul Barnes, has just scored this stunning Messi-esque goal for #WBA.

There is a decision to be made, though, and a full season in the Championship could be even more beneficial than a step up to the Premier League where game time may not be guaranteed.

“At the minute a full season is what’s been agreed, so at the minute in my head that is what’s going to happen, I’m going to be staying there for the season,” Barnes said recently.

Southgate has shown with his selection of Mount that he is willing to look to the Championship, and it is perhaps something the England boss should do more often when the Premier League doesn’t provide the required English quality.

England are desperately in need of a new generation of modern, tactically astute midfielders to come through the ranks, and with the likes of Barnes plus Tom Davies, Lewis Cook, Phil Foden, Josh Onomah, and Kieran Dowell in the current under-21 squad, the future looks promising.