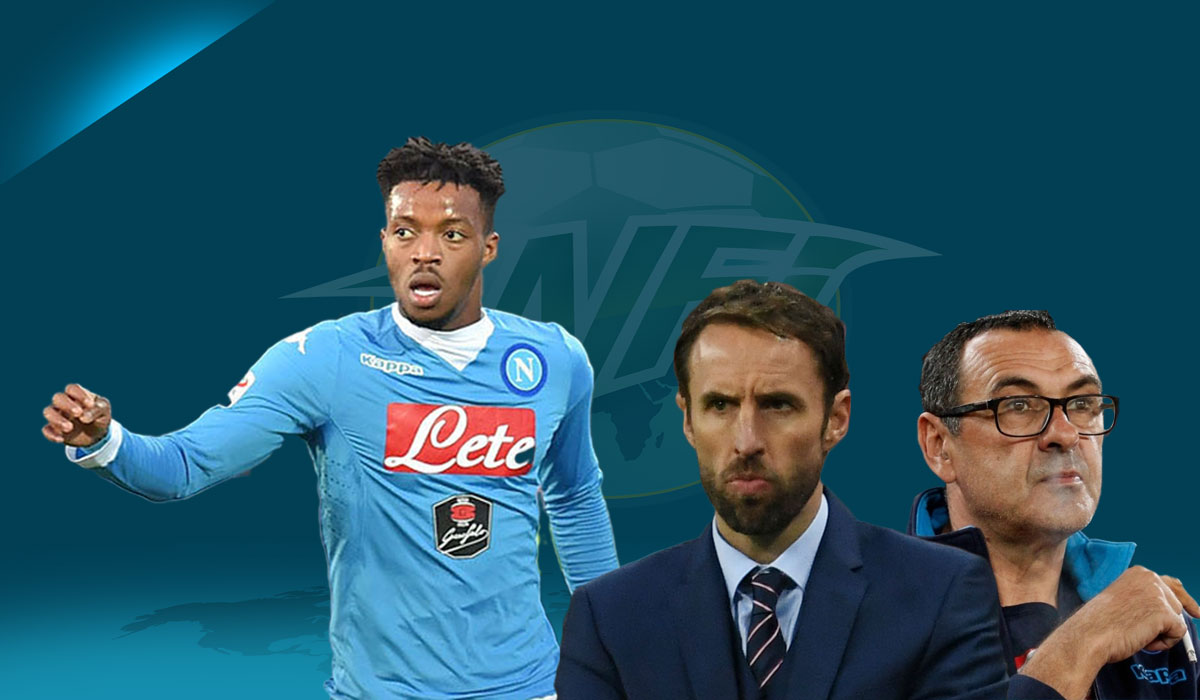 Nathaniel Chalobah is probably recognised more by the people of Naples than he is by those in London.

While much of the focus on England’s new generation of globetrotting stars has fallen on those in the Bundesliga, Chalobah was one of the first to go down this route when he spent a season on loan at Napoli in 2015/16.

Though he didn’t feature regularly for the club, having the misfortune of being backup to the great Marek Hamsik, the 23 year old cites it as a turning point in his career, and a great learning experience.

Since then he has made a permanent move from Chelsea to Watford, and though his first season there was disrupted by a fractured knee cap which required surgery, he showed great promise in the opening four games of that 2017/18 season.

These performances were so encouraging that he has remained on the radar of England manager Gareth Southgate, and has been called up to the squad for the latest round of UEFA Nations League matches despite not having featured for the Hornets this season.

There is no substitute for first team football when it comes to progressing as a footballer, but Chalobah has benefitted more than most from his time on learning from the sidelines, especially in Naples.

He joined the Serie A side just after Maurizio Sarri had taken over from Rafa Benítez. They were a midfielder short, and when the opportunity of a move to southern Italy presented itself in the dying minutes of the transfer window, Chalobah took the plunge.

The Sierra Leone born Englishman didn’t quite know what he was letting himself in for, but the move changed his outlook on the game, and opened his eyes to a city which lives and breathes football like few others.

“The city is so passionate they live for football and they live for Napoli, I’d never seen anything like it,” he said in an interview with James Horncastle in May 2018.

He also spoke of a steep learning curve and an introduction to a new football culture which would serve him well in the long run.

“For me it was probably the biggest turning point of my career,” he told Horncastle in the interview, which is now essential listen given Sarri’s move to England and Chalobah’s presence in the England set up.

“He was very hands on, a great manager, and tactically up there with the best I’ve seen,” the midfielder said of the Naples-born boss.

“Very into his work. Tactically he knew how to set the team up how to try to stop the opposition, which we worked on every day.

Chalobah learnt a lot from shadowing Hamsik, the Slovakian Napoli legend for whom he provided back-up. Sarri’s lack of rotation and Hamisk’s quality meant that first team opportunities were hard to come by, but this was a rare occasion of a player learning even though they weren’t playing.

The combination of Sarri’s intense tactical training, observing Hamsik, and also watching another new Napoli signing Jorginho, taught Chalobah more in one season than he would have learnt in a lifetime of loans back home.

“I was cover to Hamsik, so just kept watching him and see what he does that I could add to my game. Like I said, it was one of the biggest changes in my career at the time,” he added in his interview for Golazzo.

“He’s one of the players that’s got the best awareness I’ve seen on the football pitch. We used to say he had eyes in the back of his head because he always knew where he was, when to take two touches, when to take one, or when to play it around the corner.

“For me, I went against him sometimes and he was two or three steps ahead. When you train with players like this every day, surely you have to pick things up from them.”

He also described Jorginho’s one and two touch football as ‘something he’s never seen before’, and predicted that the Brazil-born Italian would eventually become a global star.

That Jorginho was the only player Sarri brought with him from Naples to Chelsea says it all about how highly regarded he is by the Italian, and how important he is to his style of play.


Chalobah is is now one of a new group of young English midfielders who have the potential to add life to a mundane midfield.

Much of the focus has been on more attacking players such as Mason Mount, James Maddison, and winger Jadon Sancho, but Chalobah could help solve a problem deeper in the midfield, as well as filling in further forward.

Standing at over 6ft tall (187cm) he has the defensive presence to anchor a midfield, but also the technical ability to help play out from the back. He has played numerous positions already in his career, from centre back to the more advanced Hamsik midfield role, and he hopes this versatility will see him return to the Watford team sooner rather than later.

Southgate has a number of options available to him further up the field, but there is no standout player for the deeper role. Chalobah could be that player as he enters his mid 20s.

Learning from Hamsik, Jorginho, and Sarri will stand him in good stead for this position. He spoke of Sarri’s insistence that passes were played with speed and to feet.

“He’s very clear on how he wants things done. If i played a pass and it trickled in to someone he goes crazy. If someone plays a slow pass he goes ‘I want it quicker,’ it’s great stuff to watch and it’s down to [Sarri].”

Sarri and Jorginho may have done Southgate a favour, especially as he returns to a 4-3-3 formation which has the potential to be similar to the one used by the Chelsea boss.

Ross Barkley’s return to the England squad is also down to Sarri’s tactical training, and Chalobah’s inclusion is no doubt influenced by his time in Naples, which Southgate has knowledge of having called him up for England under-21 sides during that period of his career.

The best coaches contribute to a player’s career long after they have finished working with them, and there are currently a good group of tactical minds operating in the Premier League which will be good for the England side in the long run.

But those players for whom first team football at the top level is difficult to come by at a young age, then a trip abroad is often the best solution. Even if game time is hard to come by there too, in Serie A or in the Bundesliga, the experience can still open the mind to new cultures, tactics, and atmospheres.

Chalobah’s experience at Napoli is a case in point, and it was one of the most important moments in his career.

“I was surrounded by a group of guys who were like my family, and a city that embraced me into their arms and their culture. I’ve left behind friends for life. A club and a city that will always be in my heart. Thank you to everyone who helped make Naples my home.”