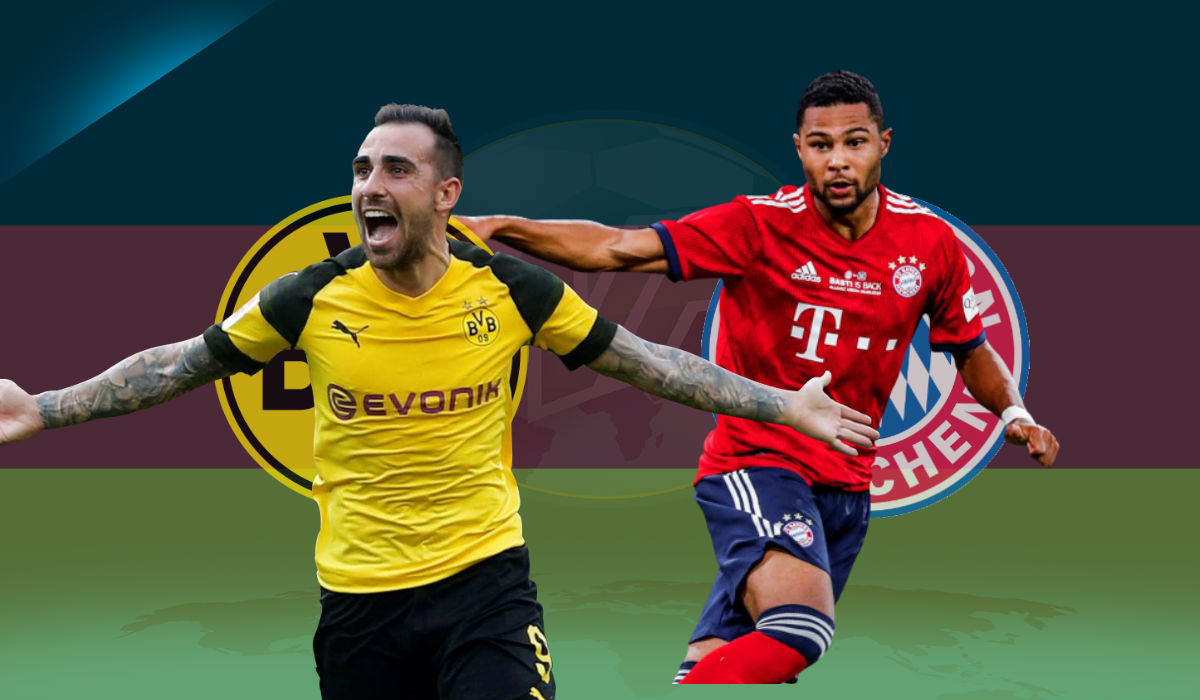 There is little doubt where the main focus of the Bundesliga will be over this coming week.

Alleged leaked documents involving Bayern München and a prospective European Super League brought a strong statement of denial from the club, the latest battle in Bayern’s war with the press.

The antagonistic mood within the reigning champions hierarchy is reflective of the on-field issues they have faced this term.

Their run of four games without a win in all competitions before the last international break was labelled by some as a crisis, and brought with it pressure on coach Niko Kovac, the Bayern board, and the team.

In particular, questions were asked of some of the established star names and that triggered the infamous press conference with Uli Hoeness, Karl-Heinz Rummenigge, and Hasan Salihamidzic.

Club statement on the “Spiegel” report on Karl-Heinz #Rummenigge and #FCBayern.

Back-to-back wins against Wolfsburg and Mainz, as well as a victory away to AEK in the Champions League helped ease some of the tension and move to within two points of leaders Borussia Dortmund.

That was until this past weekend.

Bayern, at home to the unfancied Freiburg, dominated but struggled to break down the visitors, whose confidence grew along with the anxiety in the Allianz.

The relief was palpable as Serge Gnabry scored his first Bayern goal with just ten minutes to play.

It’s not unusual for Bayern to take the lead late in a game and then go on to score again as their opponents press for an equaliser. However, this Bayern team is not the same as the one at the peak of its powers and with that air of domestic invincibility.

Up step Lucas Höler with a dramatic late strike to stun the home fans and give Freiburg a draw and a point they will savour.

Freiburg’s coach Christian Streich: “I have a boy at home, who wanted to have the jersey of Manuel Neuer. It was almost a bit embarrassing for me as a coach, but now I’m happy that my boy can enjoy it.” #FCBSCF #FCBayern [Sky] pic.twitter.com/yBR4FuC6di

Meanwhile, as this was happening, Dortmund were holding on to a hard fought 1-0 win away at Wolfsburg, thanks to a first half goal from captain Marco Reus.

It was far from a vintage performance from Lucien Favre’s high-flying side, but they did enough to show why so many observers believe they are capable of staying the course.

Those results mean the gap between Dortmund and Bayern is now four points ahead of Der Klassiker this Saturday evening at the Signal Iduna Park.

Whilst it is certainly not a title decider at this stage of this season, this game could go a long way to influencing proceedings.

For the first time since the peak years of Jürgen Klopp’s reign at the Westfalen, Dortmund will start the game as favourites.

It can be tempting to put this down to the issues at Bayern, with their patchy and unconvincing form, a rookie coach at this level, the internal politics, and a squad that requires transitioning.

It can be argued that those are all contributing factors to the rate of Bayern’s regression, but if a champion slips up, a challenger must step up to seize the opportunity and Dortmund are doing just that.

If Bayern look like a club divided, Dortmund are very much a club that has become more unified.

With former club captain Sebastian Kehl now working behind the scenes and former Bayern Sporting Director Matthias Sammer also back at the club as an external advisor, CEO Hans Joachim Watzke and Sporting Director Michael Zorc have more support in their efforts to restore glory to BVB.

Align this with the appointment of Lucien Favre as coach in the summer and Dortmund are starting to look capable of maximising the potential of a promising and exciting group of players.

The experienced and tactically smart Favre has tapped into his history of working with Reus to get the most from his star player.

The recruitment of Axel Witsel and Thomas Delaney has added depth, quality and grittiness to the midfield. It has relieved some of the pressure and expectation on starlets Julian Weigl and Mahmoud Dahoud, whilst also challenging them to claim the regular starting spot in the team their talent should bring.

Young American attacker Christian Pulisic has had his burden relieved by the progression of England’s Jadon Sancho, the emergence of Danish winger Jacob Bruun Larsen, the signing of Marius Wolf, and the contributions of the aforementioned Reus.

To top the attacking threat, summer signing Paco Alcacer has been clinical in front of goal.

Dan-Axel Zagadou has moved inside and looked more dependable defensively, although he still has a mistake in him.

Loan signing Achraf Hakimi has caught the eye at full-back and could prove to be difference maker against Bayern.

Last but not least has been the improvement in goalkeeper Roman Bürki, who’s looking more confident and less error prone these past few months.

No @BlackYellow game would be complete without a ball check courtesy of @RBuerki1 ⚽🧤 pic.twitter.com/jRUHlnTTij

Dortmund’s form in the Champions League has been as impressive as in the Bundesliga and although the game may not have been quite as convincing as the 4-0 score line suggests, beating Atletico Madrid is a clear indication of the progress under Favre.

Indeed, the fact that Favre was able to out-manoeuvre Diego Simeone and his excellent Atlético side means he will not be daunted by the prospect of facing this Bayern under the stewardship of Kovac.

It will be an intriguing game, but probably not an exciting one for the neutral. Neither coach is likely to want to be too open and expansive, especially when you consider what is at stake.

Expect it to be a tight affair that might ultimately be decided by who makes a mistake first; given Bayern have been making more of those and have been less threatening in front of goal than Dortmund, it’s little surprise the hosts start as favourites.