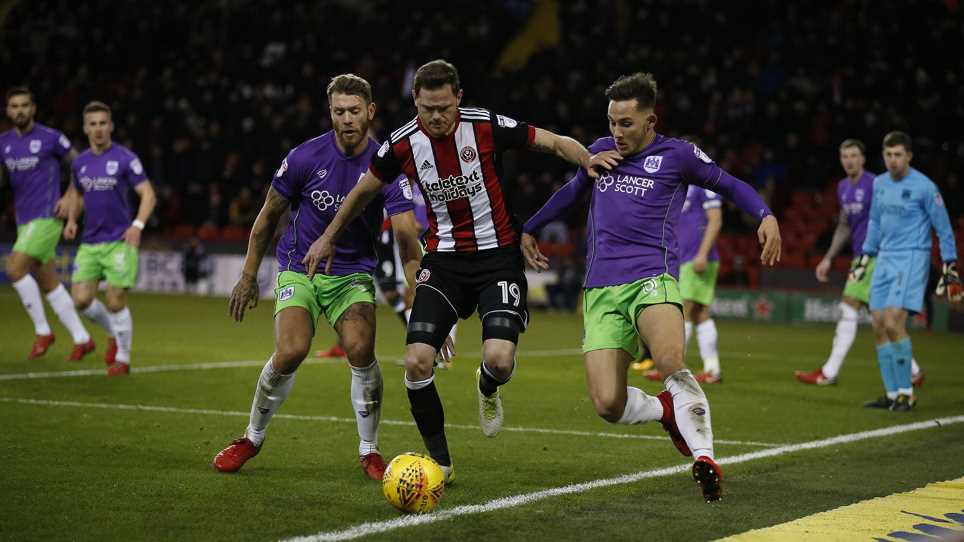 They spoke about Sheffield United’s rise to the top of the Championship, his time at Leicester City, and his time with hometown club Wolverhampton Wanderers.

Sheffield United have had a very impressive start to the season. What would you say are the strengths of this team?

First of all it goes without saying that we have a good manager in Chris Wilder and a great set of lads that have proven themselves last year.

We managed to get to the top of the table last season as well but unfortunately faded away somewhat towards the end of the season, and it shows that with the group of players we have, what we did last year was no fluke.

The management and recruitment team have managed to add to what we had last year, players wise, and it has culminated in what you see now, where we are top of the table.

That goes down to the players and the staff but I also think we have a certain style of play as well that is quite unique and that has caught teams off guard.

We play three at the back and the outside centre halves join in with the attacks, so it creates overloads down the flanks and a lot of teams don’t quite know how to handle it.

You mentioned your manager Chris Wilder, what would you say are his main qualities?

I think that he is certainly an excellent motivator. One of his biggest strengths is being able to stand up in front of a group and motivate and inspire a group of men to go out and perform. That is something that I think he is very good at, personally.

Other than that he is very thorough in his work and he knows the leagues and what type of players he wants to bring to the football club, not just ability wise, but personalities both on and off the pitch.

I think he has got that spot on, certainly throughout my time at the club.

You played four seasons for Leicester City between 2004 and 2008. How do you look back on your time at the club and what were your highlights?

I have got very fond memories of my time at Leicester City.

I managed to break into the team at a young age and play first team football from 17 years old onwards really, which was a great education for me, being able to play men’s football from such a young age.

It was a great experience and unfortunately I left upon relegation to League One, but I value my time there. It built me as a player and a person.

My highlights included a few good cup runs. On the whole it was generally just being able to play for my local team with all my family watching week in, week out, and being so young as well.

The whole experience for me whilst I was at Leicester City was one big highlight.

You then went on to play for your hometown club in Wolverhampton Wanderers between 2008 and 2015. How do you look back on your time there and what were your highlights?

It was amazing. It is crazy how it all works out.

I was living in Leicester from a young age and managed to play for Leicester City, and I was born in Wolverhampton and ironically I managed to go back there and play.

I had eight fantastic seasons there with two promotions and a couple of relegations. It was certainly a bit of a rollercoaster there.

I managed to have three seasons in the Premier League and racked up over 250 appearances for the club, so it was the baulk of my career there and I had a fantastic time.

Been an honour to wear the old gold again..thanks to all associated with the club for the love & support..forever a wolf 🐺 #wolvesaywe pic.twitter.com/rew2yVywom

Wolves are doing fantastically well in the Premier League this season. I keep a good eye on how they get on and I have managed to get to a couple of matches when I can as well.

I am delighted how they are performing and how well things are going for them, and hopefully they can continue what they have started this season and finish on a high.

They also managed to spend vast amounts of money on what was already a very good squad, and you see that now with them being cemented in the top ten, and I doubt that they will come out of that this season.

My highlights were winning a couple of leagues, winning player of the year one season, and scoring at Anfield in front of the Kop. What a feeling that was, to score and then to beat them in the FA Cup 4th round.

You have had a solid career so far. Could you say who are the players that you have played alongside that stand out in terms of talent and ability?

I could name you a few from each team that I have played at. Most recently with my stints with Fulham and Wolverhampton Wanderers I could throw up a few players from there.

The current Fulham captain Tom Cairney — he is a very good player who is showing that now in the Premier League, along with another young player Ryan Sessegnon who I think is going to go on to achieve great things.

When I was at Wolves we had an influx of Portuguese players who are very talented and I could have picked any number of those.

Prior to that, in the Premier League we had a very strong British and Irish core of players and our main strength was the team as a whole rather than individual players. I have been lucky to play with a lot of very good players.

You mentioned playing in the Premier League who are the most difficult opponents that you have faced during your time in the top flight in England?

Yes, certainly, as I said before I was lucky to play three seasons in the Premier League and during that period there were strikers such as Luis Suárez, Fernando Torres, Wayne Rooney, and Didier Drogba.

I remember Manchester City had the best partnership that I have ever played against in Sergio Agüero and Carlos Tevez. They beat us 5-0 and that was a tough afternoon let me tell you.

The standout player for me was Suárez before he left for Barcelona. His movement was almost impossible to play against. He was very clever, very quick, and obviously a very good finisher. He has gone to to achieve great things in his career.

I must also say one of the best opponents I have played against in recent times would be Aleksandar Mitrovic. I played against him last season for Sheffield United and he is very strong, great at holding the ball up, and he can finish as well, so he gave us a tough time that day.

Finally Richard, as you have stated in this interview, you have been playing professional football since the age of 17. Are there any managers you have come across during your career so far that have aided your development as a player?

Certainly, yes. I have been lucky in that I have had a few managers who have played my position as well.

When Mick McCarthy, who is a great man manager, took me to Wolves as an ex-centre-half himself, he was keen to coach and guide his defenders too. He helped me no end with my game, so I have got a lot to thank him for.

Most players will tell you that all managers are different and that you try to take little bits from all of them and improve as a player.

Looking ahead, past football, going in to coaching and management is something I am consciously trying to do now, taking bits from current and previous managers.

When I was at Leicester City my youth team manager, Steve Beaglehole, had a big influence on my career, not just in coaching but also giving me belief that I could progress to the next level from youth team to first team.

I have been very fortunate to play for some great managers that have helped my game both on and off the pitch.