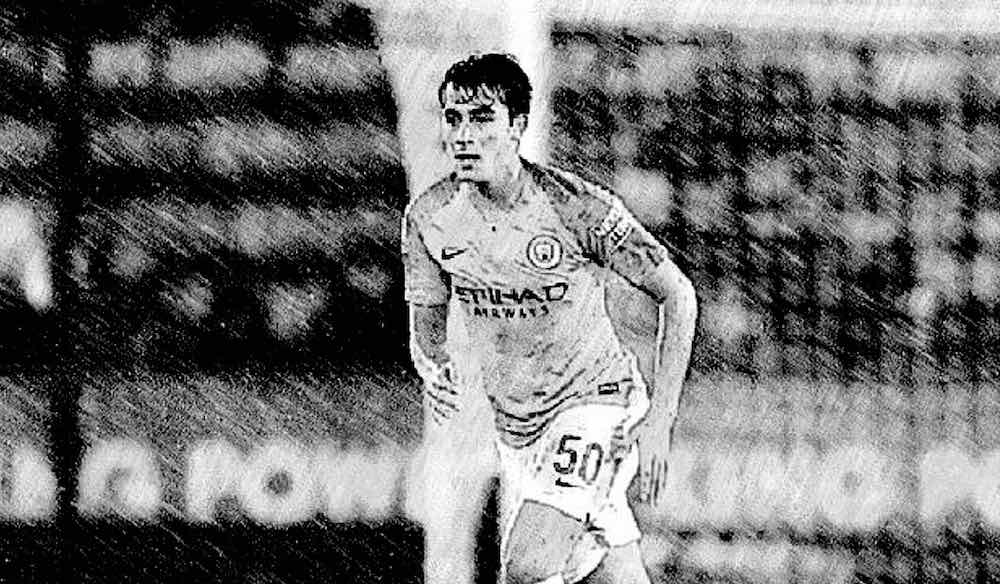 Eric Garcia must have thought it was his birthday. On his second appearance and second start for Manchester City, the defender, who is a product of Barcelona’s La Masia youth academy, had very little defending to do as his side eased to their biggest win since 1987.

It turns out it was his birthday. He turned 18 on the day of this League Cup semi-final first leg against Burton Albion during which he showed many strengths, albeit against League 1 (third tier) opposition.

Though this was a League Cup game against lower league opposition, Guardiola still sent out a strong team, and Garcia was one of only two players — including goalkeeper Aro Muric — who were not usually regulars in the first team squad.

In the opening stages Garcia spent a lot of the time looking to Guardiola for instruction, or rather responding to the shouts from the touchline of his fellow Catalan.

In a game like this a City centre back will have very little defending to do. This is often the case for Guardiola’s side, even when they are playing Premier League opposition, though there were some moments when the teenager was called into action.

The defensive line is regularly pushed up well into the opposition half and the centre back’s game is about helping keep possession and start attacks as much as it is about defending. And what defending they have to do is usually one on one as a result of the high line and attacking style.

It’s for this reason City defenders need to have their wits about them when called upon, and Garcia did.

He defended well up against against a dribbling Burton midfielder, Scott Fraser, staying side-on and not giving his opponent any options. He was then on hand to block the cross after Fraser offloaded to the winger, Lucas Akins.

City were under pressure for a short time, and he had to deal with centre forward Liam Boyce in the box, putting the ball out for a corner after marking the forward tightly without fouling him — again, showing good composure and timing.

Starting on the right side of the centre-back pairing, his passing was crisp and into the feet of the striker, even if Gabriel Jesus couldn’t always take them under control. Garcia used his left foot for shorter passes and his stronger right root for more searching balls.

He was willing to carry the ball into the space in front of him if there were no passes on, and his one touch play when receiving the ball back from midfielders was assured.

By the end of the first half he had 100% pass accuracy, with all of his 32 passes finding their intended target. By the end of the game he had completed 81 passes, misplacing just one. He completed both his attempted long passes, one of which was an excellent diagonal ball to Leroy Sane on the left wing.

He was quickly out to try to block shots if he saw the opponent had no options for a pass in behind the defence, and even when in the opposition half he looked to step up and intercept passes — not always looking to retreat back into his own half.

His defensive stats at the end of the game read three tackles, three clearances, and three fouls, while he was also fouled once himself. He won two aerial duels though was rarely tested in this area.

It was an encouraging display, and Guardiola may have a player he can use in his first team squad more often, especially as the likes of Vincent Kompany and Nicolas Otamendi are in their 30s.