John Verhoek On Life At Duisburg & His Time At St Pauli 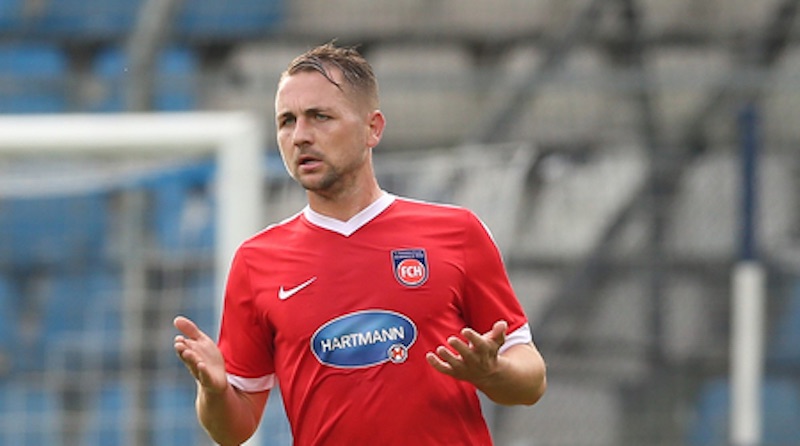 James Rowe interviewed MSV Duisburg’s Dutch striker John Verhoek exclusively for WFi. They spoke about how he is enjoying life at the club, his time in France with Rennes, and looking back on his three seasons with German side FC St Pauli.

Back in the summer you signed for MSV Duisburg. Are you enjoying your time at the there so far and how would you describe the club?

I am really enjoying my time at the club so far. I have signed a three year deal. We did not start the season very well but we are managing to improve game on game.

MSV Duisburg is a real people’s club. They have a great stadium and good fans and good facilities within the club especially our training complex.

You spent eight months in France with Rennes how do you look back on your time there?

When I arrived at Rennes I came straight from the Dutch First division and the difference between the league was really big.

Back then I did not really know what senior football was. If I was to look at that now with all the experience that I have now I realise what I have.

I was too impatient at that age and therefore could not perform to the best of my ability. It was a real learning curve. The speed of the league was the thing that I noticed the most. I remember the physicality of my first training session at the club, and in comparison to the Netherlands it was extreme.

It was great to play alongside the likes of Yann M’Vila and Yacine Brahimi. I also enjoyed playing in great matches against Paris St Germain, and Lyon away where I played well and we managed to get a draw.

Hugo Lloris was playing in goal for Lyon, and look at the career that he has gone on to have!

You played three seasons for St Pauli in Germany between 2013 and 2016. FC St Pauli has a positive reputation for being a cult club. As someone who has played for them how do you look back on your time at the club, and what were your highlights?

My highlights were every single home match that I played. If you see how the fans live for football, especially in Germany, but in the case of St Pauli it was extreme.

There were between ten and twenty thousand supporters in the stadium. You really become appreciated in German football and they really respect you as a professional footballer.

I admit that in a sporting sense they were maybe not my best years because I had many managers during my time there, but it was great to able to play for such a great club.

That is a difficult question. I have been fortunate to play with many good players Matthew Leckie who is now playing at Hertha Berlin, and Yacine Brahimi.

I could name many but those two in particular are top class players.

I can imagine in your position as a striker that you have come up against many good opponents throughout your career. Are there any you have faced so far that have stood out for you?’

When I played for St Pauli we played Borussia Dormund in the DFB Pokal [German Cup], and I came up against Mats Hummels.

It appeared that when I had possession of the ball he knew which way I was going to turn. He was also so calm in playing out from the back.

I also played against the Brazilian Alex against Paris St Germain whilst at Rennes, who was physically very strong, especially in aerial challenges.

Sometimes it can be daunting to be facing those types of defenders, but they are without a shadow of a doubt the two best defenders that I have ever played against.

Finally, John, you have had a fine career and I wondered if there are any managers in particular that have played a key role in your development as a professional footballer?

I have been fortunate to have played under many good managers.

Alfons Groenendijk [current manager of ADO Den Haag] was a manager who I got on well with. I discussed my move to Rennes with him in detail when he was my manager at FC Den Bosch as he played abroad at Manchester City during his own career, and encouraged me to go to Rennes.

When I was in the youth team at ADO Den Haag I had Carlos Roeleveld who really helped to nurture your mentality as a young player, and he made me stronger in that respect.