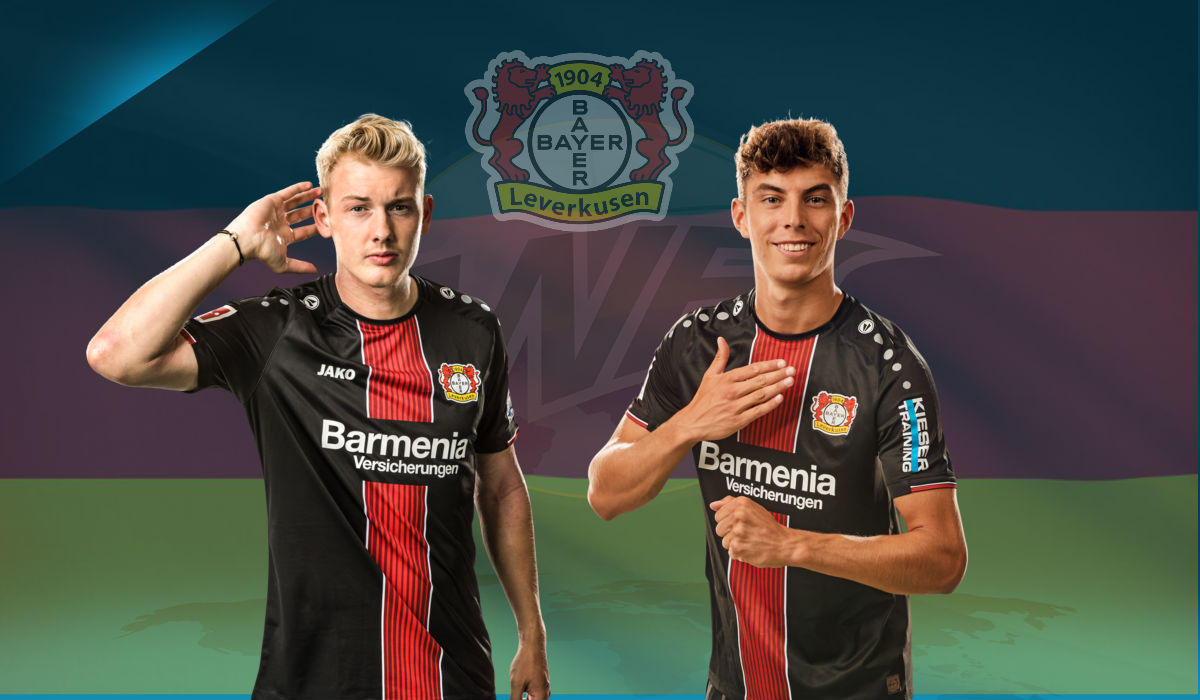 On Friday night Mainz playing host to Bayer Leverkusen promised to be an interesting match. It ended up being an entertaining feast of attacking football that was fun to watch and would have had defensive purists hiding behind the couch.

Mainz wore their special commemorative karneval (carnival) shirts and in a party atmosphere the home side defended like they’d been enjoying the festivities a little too much.

Leverkusen took an early lead through Wendell before Mainz soon equalised via Robin Quaison following a corner; Leverkusen and defending set pieces have a long history.

This was all within the opening ten minutes, and the openness continued as Kai Havertz stroked in a wonderful cut-back from Julian Brandt to put the visitors back in the lead.

On the half-hour mark it was Brandt’s turn to finish off a smart move for the third goal. At this point the game was akin to watching a tennis match, as the play went end to end with Leverkusen having the better of things and always the more likely to add to the scoreline.

Just before half time they did just that as Brandt again turned provider, this time for Karim Bellerabi. It truly was a half of fabulous entertainment for the neutral.

🗣 Bosz on Julian Brandt: “To me, he’s more of a central player than a winger because you’ve got to give the ball to good players as often as possible. Today he was really amazing – he didn’t lose the ball at all, was always playable, and was there at the right moments.” pic.twitter.com/QtdG9FaEcl

Against a Mainz side who played with breath-taking naivety, it worked a treat. The second half may not have been quite as frantic as the first, but the chances still came for Leverkusen and Brandt scored the fifth to cap an excellent personal performance.

It was the home side’s carnival, but it’s Leverkusen who are partying in Mainz 🕺#Bundesliga #M05B04 pic.twitter.com/YDOOLXutoD

At the Westfalenstadion there was late and unexpected drama. Dortmund, missing Marco Reus, Manuel Akanji and Thomas Delaney, as well as coach Lucien Favre who was unable to take his place in the dugout due to illness.

Dortmund thought they’d taken an early lead via a fortuitous Jadon Sancho goal, but VAR intervened and it was correctly ruled out for offside.

Dortmund kept pressing and Sancho found the net again, this time it counted and Mario Götze doubled their lead just before the break.

Hoffenheim pushed to get back in the game and only an excellent Roman Bürki save prevented them. Just as the pressure had been building on the hosts, Sancho and Götze combined to set up Raphael Guerreiro for a third goal. Game over? You’d be forgiven for thinking so.

Indeed, the visitors were forced to open up even more and Dortmund were inches away from scoring a fourth as Sancho hit the post with a little over fifteen minutes to play.

Shortly after, though, Bürki went from hero to villain by spilling a simple save over his line. It was the encouragement Hoffenheim needed and Pavel Kaderabek made it 3-2 with just seven minutes left on the clock.

Paco Alcacer came close to sealing the win, but Dortmund will be left cursing the missed chances as in the closing moments it was Ishak Belfodil who completed the comeback with his second goal to snatch an unlikely point for Hoffenheim.

As much as they’ll look back at those missed chances, I’m sure Favre will look even closer at the defending for Hoffenheim’s goals.

It’s not the first time we’ve witnessed late drama in Dortmund this season, but this time it was the yellow and blacks dropping two valuable points that they may yet be forced to rue.

After last week heaping praise on Dieter Hecking and his Borussia Mönchengladbach side, they naturally went and lost 3-0 at home to Hertha Berlin. So, Gladbach fans, I promise to keep my mouth firmly shut in future.

The late kick off saw a stuttering Schalke make the long trip south to face Bayern München. Bayern have been much improved of late but did suffer that surprise defeat to Leverkusen last time out.

The champions started this game strongly, showing hunger and aggression in their play. That aggression helped create the first goal, despite it eventually being a somewhat unfortunate own goal for Jeffrey Bruma.

For all Bayern were in control and dominating possession, they still looked vulnerable in transition and Schalke were able to take advantage with a fine counter attacking goal to equalise. Ahmed Kutucu’s finish was a smart one, but Schalke had little time to savour it as Robert Lewandowski restored Bayern’s lead within two minutes. Again, Schalke were architects of their own downfall by getting caught in possession by James Rodriguez.

Incredibly, that goal was Lewandowski’s 100th at the Allianz Arena.

Lewandowski scores his 100th goal at the Allianz Arena 💯⚽

Schalke continued to cause problems for the Bayern defence, but lacked anyone as clinical as Lewandowski to capitalise. Eventually, they were made to pay and an acrobatic overhead kick from Lewandowski was nodded home by Serge Gnabry to effectively kill the game.

Unlike Dortmund earlier in the day, Bayern saw out the win and moved to within five points of Dortmund.

The title race is hotting up and with Champions League games to come, it’s going to be a very interesting few weeks ahead.