Puel: We Could Have Taken All 3 Points At Liverpool 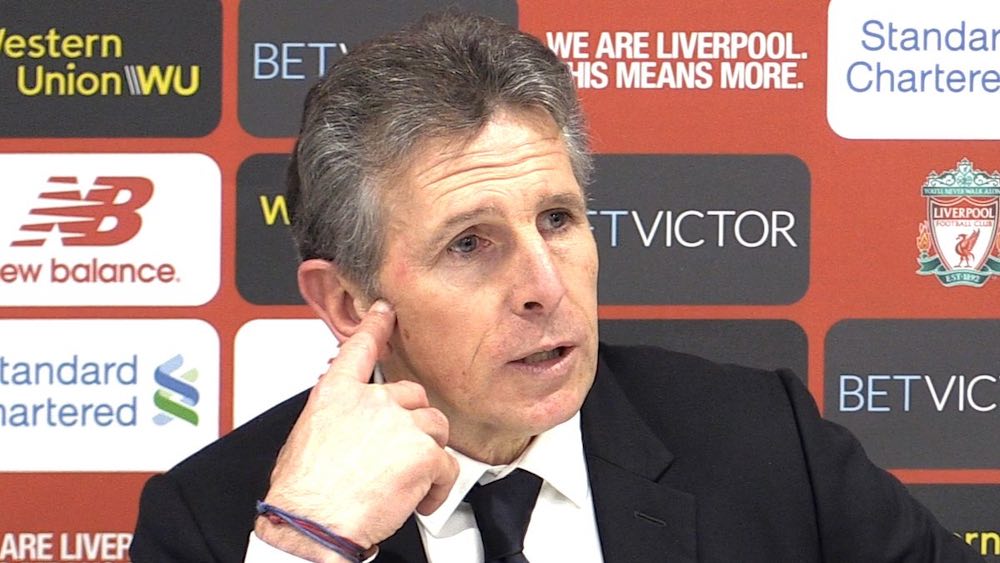 Liverpool extended their lead at the top of the Premier League table, but not by as many points as they would have hoped after only drawing with Leicester City.

A Harry Maguire goal in first-half added time cancelled out Sadio Mane’s swift opener, leaving the gap between the top two at five points rather than seven.

Jurgen Klopp had hoped that his side would capitalise on Manchester City’s loss to Newcastle a day earlier, but they slipped up in icy conditions at Anfield.

“We take what we get. Tonight it’s a point and that’s more than we had before the game, so that’s fine,” said the German.

“Am I overly happy? No, of course not. We wanted to win the game but we knew before it would be really difficult, and then it started snowing and that made it no easier.”

– TAA is still out. Expected in full training next week
– "Look at the number of games Hendo has played, that shows my opinion of him"
– Dosen't think that Gomez will be back for Bayern
– There's still a lot more to come for Keita#LFC #YNWA pic.twitter.com/AOdxhEi5p6

The snow began to line the pitch as the players warmed up, and by the time they emerged from the tunnel for kick off there were patches of white across the green turf.

The Liverpool players passed the ball around as if were a training session to get used to the new surface, and the exercise led to a goal.

Andy Robertson’s ball inside to Roberto Firmino squirmed its way into the path of Mane and he drilled the ball along the turf. It held up slightly in the snow but was still accurate enough to beat an outstretched Kasper Schmeichel.

The home side hogged the ball for much of the half but the best chances fell to Leicester. When Liverpool goalkeeper Alisson failed to get enough on a clearance, the ball eventually fell to Marc Albrighton, and while his cross was perfect for James Maddison the resulting header was far from it, and drifted wide.

In first-half added time, the next chance was taken. The ball came out to Ben Chilwell as a free kick was only half-cleared, and the left back’s headed cross from the right caught the Liverpool defence flat-footed. Centre back Maguire found himself in acres of space at the far post and finished like a striker.

“It was a good training session with hard work and tempo." 🔥

Claude Puel’s side came out brighter in the second half, and the French boss believed they could have taken even more from the game.

“We had fantastic chance with Maddison, and we scored just before half time, at the right moment of course,” he said.

“We put them under pressure at the beginning of the second half, and if in this good period we could have been more clinical… I don’t know if it was a fair result. At the end it could have been better I think.”

Liverpool travel to West Ham on Monday, while Manchester City will have the chance to gain ground as they face Arsenal then Everton in the space of four days.