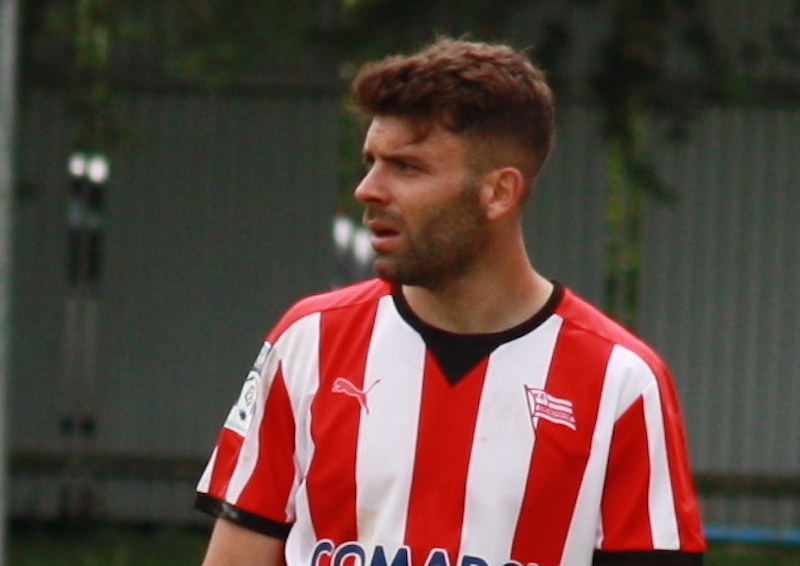 James Rowe spoke to MKS Cracovia’s Spanish midfielder Javi Hernandez exclusively for WFi. They discussed the challenges of playing in Poland, coming through the youth setup at Real Madrid, and his time at Spanish team Salamanca.

You signed for MKS Cracovia in 2017. How are you enjoying your time at the club so far?

I feel very good at the moment. The last year we did not start the season well, but we finished very well, and actually we were very close to being in the top eight.

The current season started similar to last year, but in recent matches we are playing better.

You play previously in Real Madrid’s youth sides. How do you look back on that that experience?

It was an incredible experience because I was there more than five years, almost six. You have everything there.

In my opinion they are one of the best clubs in terms of infrastructure, if not the best in the entire world.

Not everybody can say they played for Real Madrid. Being there for five years It was a privilege, a great experience that provided me with beautiful memories.

Thank you Javi, what would you say are your highlights from your two seasons playing for Salamanca in Spain between 2011  and 2013?

It was really sad because the last season I was there was also the last season for the club. I cannot say I have good memories of my time there; the club disappeared the same year.

Salamanca is my hometown and the team of my entire life. Because of that I have an upsetting memories.

What memories do you have from your time representing the Spanish national team at youth level?

Just imagine what it means for a player to represent your country, even at youth level. It was a source of great pride, something incredible.

I was playing with the under 19’s at the same time I was playing for Real Madrid. I have fantastic memories from there.

I meet great players that are currently playing at the highest level and I am very happy to have played with them. I am proud of the level all of us are reaching.

Can you tell me about some of the players that you got on well with during your time with with Spanish national team youth setup?

I am very happy because everything is going really well for us all individually. I am vey proud to have been able to play with them.

Your cousin Guti had a great career, did he give you any advice to help you in your career as football player?

No, actually we never talked about it. When I was in Madrid and we met up from time to time, we were simply talking about football, life and other things.

Can you tell me who are the best players you have played during your career?

Wonderful players like Dani Carvajal with whom I have been very lucky to share a changing room with. All of players currently playing in top level worldwide, and that is incredible.

Which Managers have been influential and played a key role in your development as professional footballer?

I have being very lucky with the managers. I learned a lot from most of them and I keep very good memories form all.

I could mention some of them that currently are managing at the highest level. Julen Lopetegui — He was my manager when I debuted in Real Madrid B.

Maybe he is one of the most famous managers I have played under but I have being very lucky with the managers and I am very happy about it.

What are the main qualities of Julen Lopetegui as manager, from your point of view?

I think that he is a good manager and a great person. He works very hard and one of his main characteristics is that he has a very close relationship with the players, and this is one of his main qualities. He always tries to do things in the best possible way.

Loading...
Newer Post
Puel: We Could Have Taken All 3 Points At Liverpool
Older Post
Business As Usual For Dortmund & Bayern And A Big Result For Schalke – Bundesliga Zeitung