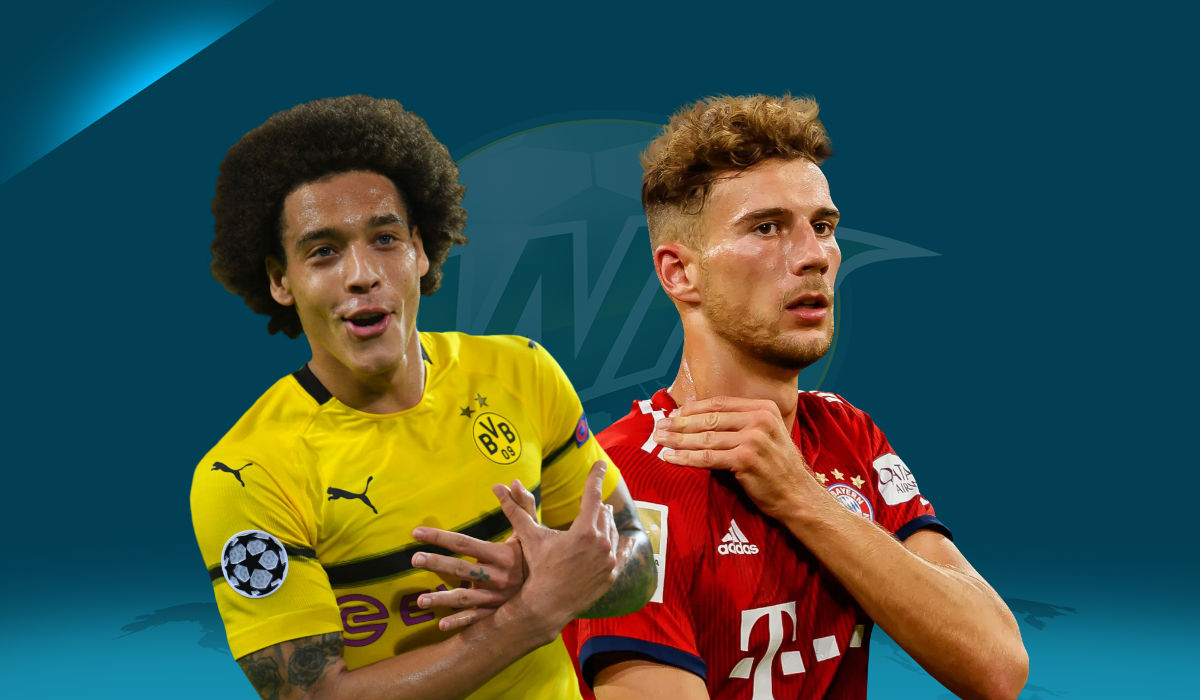 The Bundesliga was back with a bang on Friday night following its return from a winter break.

Reigning champions Bayern, chasing down leaders Dortmund, went to Hoffenheim, who themselves are eyeing a European slot.

Julian Nagelsmann has had success against Bayern in recent times but his over-achieving Hoffenheim side threatened to be blown away in the first half.

As poor as the home side were, Bayern were also very good, and it is perhaps ominous for the rest of the Bundesliga that Niko Kovac has seemingly found his feet there.

After creating a number of chances, Leon Goretzka eventually put the visitors ahead just after the half hour mark and the same player deservedly doubled the lead on the stroke of half-time.

In truth, it could easily have been four or five by that point and I was looking at what odds Bayern were to win the Bundesliga yet again.

Some tinkering from Nagelsmann at the break and Hoffenheim came out a different side. They soon showed much more attacking intent and pressed more aggressively.

A fantastic counter attacking goal from Nico Schulz halved the deficit on the hour mark and was followed by a period of the hosts looking likely to equalise. Bayern were back to being the vulnerable team we often saw up until December.

With the match in the balance, a moment of quality late on from substitute James Rodriguez set up Robert Lewandowski to seal the points.

A game of “what if’s” for Hoffenheim and both sides of this Bayern team that still posses undoubted class but can be got at.

NEW @talkingfussball – MD18 suggests the Bayern-Dortmund title race could go on a while – H96 & FCN passed out in a ditch – https://t.co/vOz8nspCyG pic.twitter.com/0mQq41Bzxv

The result brought Bayern within three points of Dortmund and presented the league leaders with an unfamiliar level of pressure. An away fixture at Leipzig is a test in itself, but with a resurgent Bayern now breathing down their necks, this provided a real test of their credentials.

Dortmund went into the game without the impressive Manuel Akanji and talisman Marco Reus. There was still the talent of Jadon Sancho and the goals of Paco Alcacer for Lucien Favre to call upon, but it was the unlikely source of Axel Witsel who provided the only goal of the game.

It was just his second Bundesliga strike this season, with his previous one also coming against Leipzig. Witsel has been a largely unsung hero in this Dortmund title charge and is proving to be a very astute signing.

Roman Bürki has been much improved this season and made some big saves to deny what seemed certain goals and his contribution was matched by Julian Weigl impressing in an unfamiliar role at centre-back.

On the balance of play, Dortmund probably did just enough to deserve victory, but Leipzig will also feel frustrated not to have got something from this.

It may be a cliché, but these really are the games you need to win if you to be champions.

Right behind Dortmund and Bayern are Borussia Mönchengladbach, who edged out Bayer Leverkusen 1-0 to keep themselves comfortably in third place.

The job Dieter Hecking has done to have them where they are is one that deserves enormous praise, even though I have my doubts they can maintain it.

At the other end of the table, Schalke beat Wolfsburg 2-1. It’s a result that would’ve been expected a year ago, but Wolfsburg currently sit in a surprising sixth place and Schalke have struggled to replicate their form of last season.

Understandably, the position of coach Domenico Tedesco has not been under any serious threat when you consider his age, promise, and the need for stability in Gelsenkirchen.

However, patience can only stretch so far if results continue to be poor and especially if Schalke get dragged into a relegation dog-fight. Their progression in the Champions League has certainly been a positive for the club and balancing that with the Bundesliga and dealing with increased expectation levels are all part of the learning curve for Tedesco.

Domestically, teams are more prepared for his approach this campaign, so the challenge is for him to evolve and develop tactically.

Without doubt, he also needs better players if Schalke want to be consistently challenging for honours, but for the time being the win over Wolfsburg lifted them clear of the relegation play-off.

What they really need now is to push on and get back into the top half of the table, but they face a very challenging month of fixtures ahead, both in the Bundesliga and the Champions League.

I think it’s fair to say the next seven weeks could be a defining period in the career of Tedesco and will be fascinating to see how he deals with it.

Loading...
Newer Post
Javi Hernandez On His Days As A Real Madrid & Spain Youth Player & Life In Poland
Older Post
Ivan Martin On Playing Alongside Ceballos, Ruiz, & The Level Of The Polish League