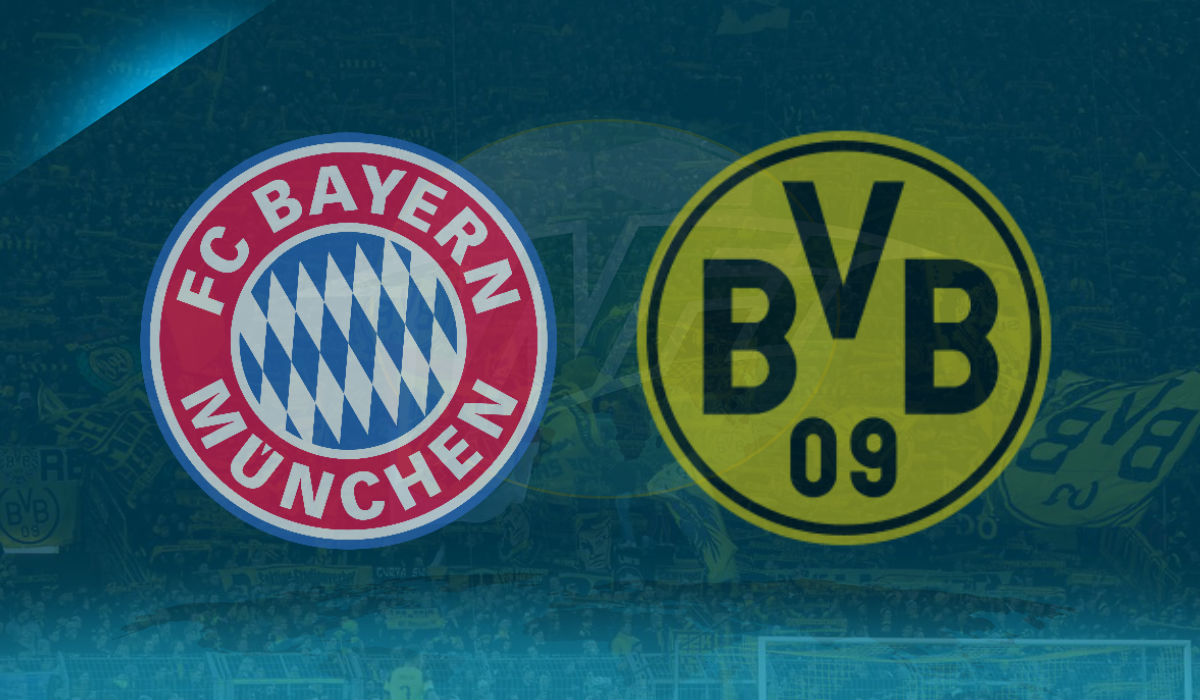 The international break saw Germany edge themselves to a 3-2 win over the Netherlands, thanks to a very late goal from Nico Schulz.

Despite the new faces in the squad, a different formation and some encouraging attacking play, they still looked poor defensively.

It was very much a case of the Emperor’s new clothes to me, as all the same vulnerabilities remain. The quality and depth of talent available is without question, but it appears that after over a decade in charge for Joachim Löw, a fresh voice and new ideas from a different coach may be what is required for the National team to progress.

Fortunately, we didn’t have to wait long to return to domestic matters and a title race that has been threatening to slip away from Borussia Dortmund. They played host to an unpredictable Wolfsburg side that still have European aspirations.

There was impressive choreography pre-match from the famous Yellow Wall that may have helped to stir up the early exchanges.

“As a child, my father took me to the games. As his father did with him”.

One Family. One Love 💛 pic.twitter.com/Z900ON5atu

Sadly, things quickly petered out and Dortmund were too slow in switching the play to even threaten opening up a Wolfsburg defence that looked happy to simply shuttle side-to-side.

Bayern smashed Wolfsburg for six a few weeks ago and although nobody really expected a repeat of that at the Westfalenstadion, their ponderous first half display certainly fell short of what was required.

Indeed, it was a half of so little excitement that a pigeon casually foraging on the pitch garnered the most interest.

A pigeon – the first half highlight of Dortmund 0-0 Wolfsburg. Nearly trod on by Raphael Guerreiro.

Has perched itself next to Dortmund coach Lucien Favre at start of second half. pic.twitter.com/5d4iyPfXVl

The second half was more of the same, with a toothless Dortmund playing around and in front of a comfortable Wolfsburg.

Without Marco Reus, Dortmund lacked any incisiveness and struggled to get behind the visitors back line. You have to question quite why Lucien Favre opted to have Thomas Delaney alongside Axel Witsel in midfield, as they lacked the creativity and penetration needed from that department.

Also, with Sancho looking more jaded than Jadon, the home side were running out of ideas as the game entered its final stages.

A free-kick on the edge of the box turned out to be turning point as Paco Alcacer stepped up to smash it in, with the help of a slight deflection, as we moved into injury time.

The relief throughout the stadium was palpable and there was even time for Alcacer to crown a break-away attack with a second goal with what was the final kick of the game.

These could prove to be vital goals in the title race and, in truth, were more than Dortmund deserved from this game.

Wolfsburg will rue their bad luck from this encounter, but perhaps Dortmund might see it as an omen. Luck aside, they will need to be much better than this if they are to wrest the Bundesliga title away from Bayern.

The champions, though, were held to a surprise draw at Freiburg. Lucas Höler even headed the hosts into an early lead and but for a goal line clearance, would have been two up. Shortly afterwards, after a bit of a scramble in the box, Lewandowski scissor-kicked an acrobatic equaliser for the visitors.

To their credit, Freiburg pressed Bayern and showed a positive approach that was in sharp contrast to Bayern’s last few Bundesliga opponents. The champions pushed late on for a winner but were unable to find a breakthrough.

It means this weekend’s Klassiker between Bayern and Dortmund at the Allianz has a slightly different complexion to the one we’d been expecting after recent results.

The balance of pressure in this tie has now tipped towards Bayern, because if they were to lose it would mean Dortmund going five points clear with just six games left to play.

Even a draw would be a good result for Dortmund, given they are again top by a couple of points, so simply avoiding defeat would be a positive result for Favre’s side.

By no means is this a ‘must-win’ game for Bayern, but the pressure of the result does now fall more heavily on the shoulders of the defending champions. It also puts a little more emphasis on Bayern to be the ones who need to take the game to their opponents, something that suits Dortmund under Favre.

Niko Kovac seemed reluctant to open up and attack against a quick and strong counter-attacking Liverpool team in the Champions League. However, the home fans are unlikely to tolerate such a conservative approach next weekend.

Dortmund were in hot form when they won the corresponding fixture earlier in the season, despite Bayern actually playing pretty well that day.

Since the turn of the year, Dortmund have stuttered whilst Bayern have looked more their old self. This past weekend’s results have added a nice twist to an already intriguing encounter which could go a long way to deciding the destination of the title.

For too many years, the Bundesliga has been a procession for Bayern München and we wanted an actual title race. Well, not only have we got that, but thanks to Freiburg and Paco Alcacer, we head into Der Klassiker with the very real possibility that we could yet have different champions this year.