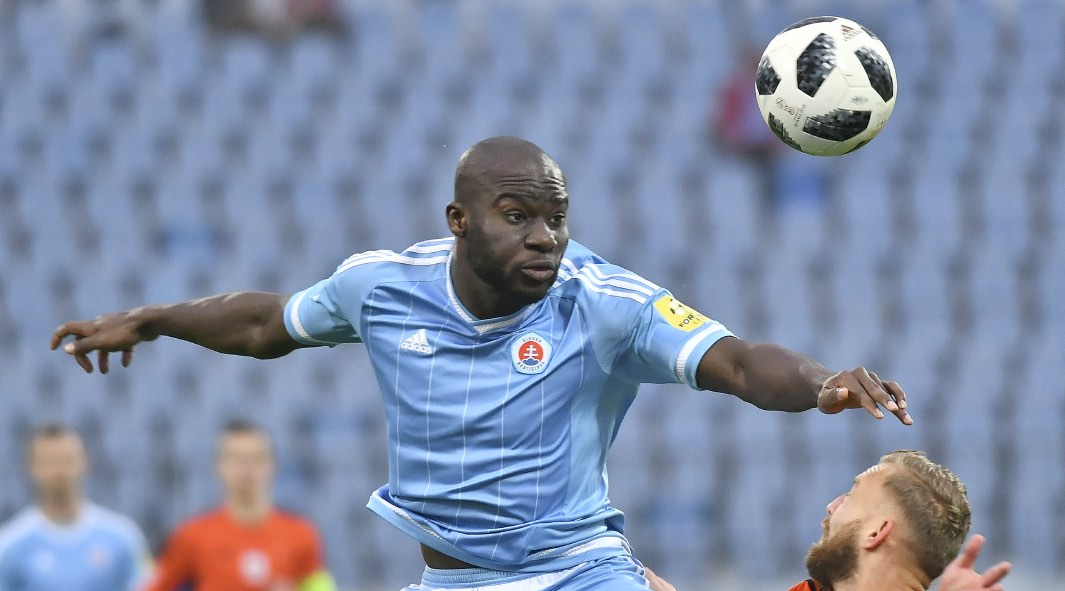 You signed for Slovan Bratislava in 2018 and you have a chance to become champions this season. How would you describe the current atmosphere in the squad, and do you believe you can win the title?

The current atmosphere in the squad is really good. We are now at training camp and we are preparing for the remainder of the season.

We have not become champions for a while — I believe it is four years since our last league title, but we want to win it again and become number one in Slovakia.

From our point of view the earlier that we can become champions the better.

We will also move to a new stadium after the winter break, one which has a 20,000 capacity which is nice.

Slovan Bratislava is 100 years old this year so they are all positive things happening to the club and we hope to crown that with a league title this season.

I had a great time playing for SC Veendam. I started my career as a professional footballer there. It is where it all started for me.

I experienced ups and downs at the club — the down being when the club was dissolved, but I managed to make enough of a name for myself to get a transfer to Eredivisie side RKC Waalwijk.

You played three seasons in Belgium for Westerlo. How do you look back on your time at the club and how would you describe it there?

You could describe Westerlo as comparable to SC Veendam in the Belgium first division. Westerlo are not big, but they are a family club.

They have many volunteers who give their heart and soul to the club. It is a shame that they are no longer in the first division, but I had a great time there playing many matches.

I can imagine with the career that you have had so far that you played with many good players. Which teammates have stood out for you?

Yes at SC Veendam I played with Mike de Leeuw, who recently signed for FC Emmen. He is a player who managed to play to his maximum level and get the best out of his career, including playing in the Major League Soccer for Chicago Fire, providing goals and assists.

Another player I played with at SC Veendam was Anco Jansen, who is currently playing for FC Emmen.

I also played with Romeo Castelen at RKC Waalwijk when he returned to the Netherlands after playing abroad.

Evander Sno, too, when you play with him and you see the ability he has and what he can do, it amazes you that he never played in one of the top leagues in Europe.

In your position as a defender, are there opponents that you have faced that have stood out for you, or matches you have played that have remained with you?

Of course when I played for RKC Waalwijk I played against Daley Sinkgraven when he was playing for SC Heerenveen, and he is a good player who made life difficult.

He is currently playing left back for Ajax, but when I played against him he was a tricky winger.

Rajiv van La Parra was also a very good player. When he played for SC Heerenveen it was a challenge to play against him as he had a physical presence on the wing.

In the Jupilier League, Mark Fischer of Helmond Sport was a very good player who played for Roda JC.

Finally Mitch who are the managers that have been influential in your career as a professional footballer?

During my time in youth football, Mike Kolf at Zeeburgia. He managed to get the best out of me and every player if he saw that the player had ability.

At Ajax I had Gerrie Vink, who is currently assistant at Willem II. He encouraged every player he worked with and invested time and effort in every player in order for them to improve and in my professional career.

I would say current FC Emmen manager Dick Lukkien, who was assistant at SC Veendam when I was there. He has fantastic motivation skills and the SC Veendam manager at the time Joop Gall also played a key role in my development as a professional footballer.