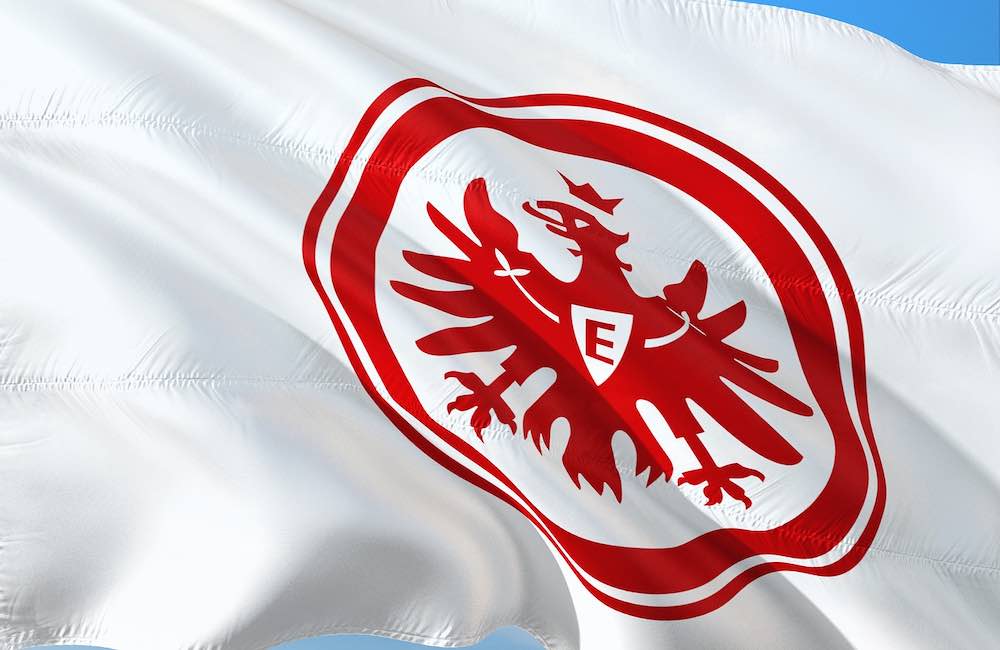 Kovac then left to take charge of Bayern and his successor, Adi Hütter, began with a 5-0 drubbing at the hands of Kovac’s Bayern in the DFL Supercup.

It certainly wasn’t the ideal start to Hütter’s tenure, and the fact it was at the hands of former boss Kovac made it an even more bitter pill to swallow.

Things were looking somewhat ominous for Frankfurt in the early weeks of the season. Elimination in the opening round of their DFB Pokal defence at the hands of fourth-tier regional side SSV Ulm was humiliating.

And after five Bundesliga matches Frankfurt sat just above the relegation spots, having just one victory to their name.

Salvation came in the form of the Europa League. Victories over Marseille and Lazio became the launching pad for their season and a nice upturn in domestic form.

Incredibly, Frankfurt topped their Europa League group, winning every game. In the Bundesliga they went from losing three of their opening five games to losing just four of the next twenty-five.

The transition from Kovac’s conservative counter-attacking style to a more fluid, open, and attacking approach under Hütter was initially tricky, but has quickly borne fruit.

Obviously, Hütter and his staff deserve a lot of credit for that, alongside the players, but so does Sporting Director Fredi Bobic. He has led the work behind the scenes which has helped transform the club.

Spearheading things on the pitch has been an attacking trio that are inevitably attracting attention from around Europe. Striker Luka Jovic has had his loan deal made permanent and amassed an army of admirers with his 22 goals and lethal penalty box instincts.

Ante Rebic has followed up an impressive World Cup with Croatia by continuing to be a constant threat for the Eagles and Sebastien Haller has arguably become the key man in the attack with his all-round play and a goal tally that is only just behind that of Jovic.

The excellent run of form has seen Frankfurt move up the Bundesliga table into a Champions League spot. The concern for Hütter might be that they are beginning to run out of steam after their European excursions.

A disappointing defeat to Augsburg on matchday 29 was perhaps influenced by their quarter-final tie with Benfica sandwiching it.

Having lost the first leg 4-2 in Portugal, Frankfurt needed to at least get two goals in the second leg. As with so many Frankfurt games this season, there was an incredible atmosphere at the Commerzbank-Arena. Fan culture is strong in Germany, but particularly so in Frankfurt and they unveiled another impressive tifo pre-match.

Take two and a half minutes of your time and watch Eintracht Frankfurt fans singing the club's anthem in front of their olayers after qualifying to the Europa League semifinals.

The team responded in kind with a heroic performance to win the game 2-0 and go through on away goals. But as can often be the case after such physically and emotionally draining games, this was followed up on Monday night by a difficult draw away to Wolfsburg.

A scrappy first half became a dominant second half for the hosts who were only denied by the woodwork twice, a goal line clearance from Makoto Hasebe and a couple of saves from Kevin Trapp.

Hasebe was excellent against Benfica and matched that performance to help deny Wolfsburg the lead they merited.

Hütter decided to introduce Jonathan de Guzman for a weary Sebastian Rode, and within minutes he scored against the run of play for what was beginning to look like a smash-and-grab victory for Frankfurt.

The openness of Frankfurt became their undoing, though, and some poor defending allowed John Brooks to get a late equaliser.

It was the least Wolfsburg deserved from the game, but with some tough fixtures to come and a Europa League semi-final against Premier League Chelsea to navigate, it could prove a costly two points to drop from a winning position for Frankfurt.

They currently sit two points above a fading Borussia Mönchengladbach and three ahead of an in-form Hoffenheim in what will be a fascinating race for fourth place.

It’s been a season exceeding expectations for Eintracht and a thrilling ride to boot. After the success of this campaign their smart recruitment strategy will likely be tested this summer, along with the club’s ambition as richer clubs come calling.

Frankfurt’s fans have rightly been acclaimed for their raucous and passionate support around Europe and Adi Hütter and his team have also gained admirers.

The only question now is how this adventure ends; to progress past Chelsea and reach the Europa League final would be an unbelievable achievement and buck the season trend of Premier League clubs beating Bundesliga opponents in Europe.

All we can do is applaud
Swiss football was lucky to have him.#SGEBenfica #EuropaLeague pic.twitter.com/g1EU0ET2zL

Champions League qualification via a top four finish in the league is in their hands and would be a fitting end to such a positive Bundesliga campaign.

So, with just a few weeks remaining, it’s up to Hütter and his side to determine whether the Eagles soar or have their wings clipped.

Loading...
Newer Post
All To Play For In Bundesliga After Derby Drama & VAR Controversy – Bundesliga Zeitung
Older Post
The Story Of Lechia Gdansk: A Journey Through Polish Football