Can Liverpool’s Luck Carry Them To The Title? 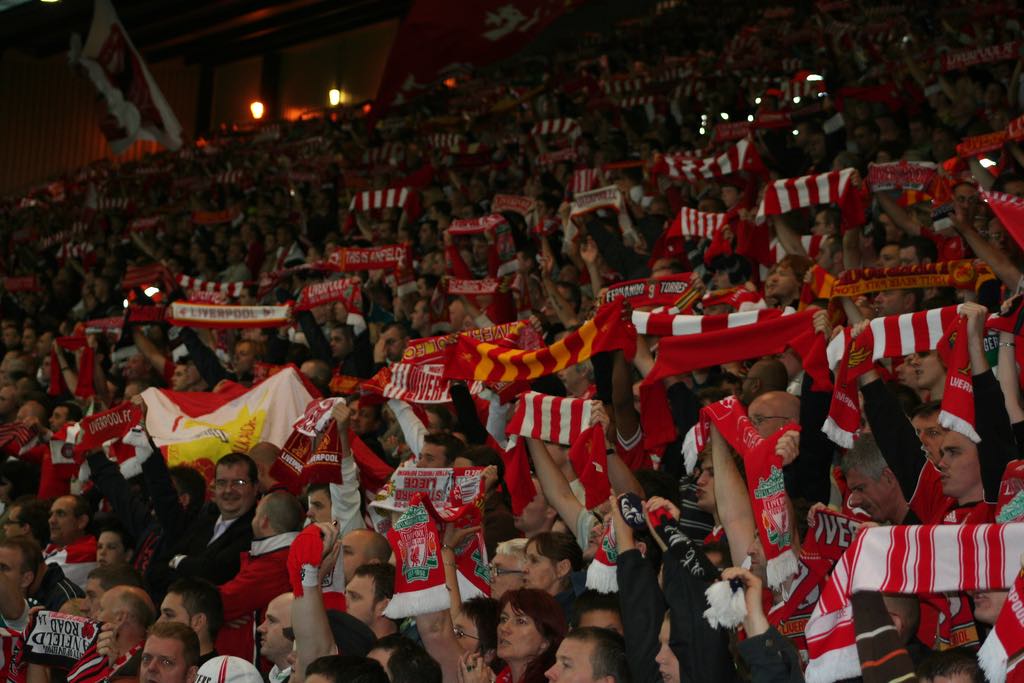 The English Premier League has thrown up a real nail-biter as the title race looks likely to run down to the wire.

Liverpool are currently on 79 points, just one behind league leaders Manchester City.

The two title contenders have just a handful of games remaining to determine who will win it all. Any dropped points at this stage are likely to send the title to the other side.

Manchester City are in the driving seat. If they win all their games, the title is theirs once again. Yet, there is a palpable feeling that this season belongs to Liverpool.

Throughout the season there have been “lucky” moments for both sides, but currently the pendulum of luck appears to swing towards the Reds winning the league.

The Merseyside club have been lucky a few times this season, and any team that wins the Premier League needs a bit of luck.

First up, a familiar face prevents a first league defeat.

Both Liverpool and Manchester City started off the campaign flying as they won most of their league games and avoided defeat until they were already well into the season. For the Reds, one of the major early tests was a trip to Stanford Bridge where they would come up against defending Premier League champions Chelsea.

Both sides had their fair share of chances, but it was Chelsea who scored first. Eden Hazard’s well taken goal put the Blues ahead 1-0, a lead that appeared to be enough for the win.

However, in the 89th minute, Daniel Sturridge scored a beauty from 25 yards out.

The former Chelsea player bent a left-footed shot into the top right corner of the goal out of the keeper’s reach.

The match ended 1-1. The result could have easily been their first loss of the season, but the Reds managed to find a vital late equaliser.

Especially given this match was sandwiched between matches against Chelsea in the EFL Cup and a Champions League group stage encounter against Napoli, securing a draw was huge.

Tied on points and fighting to claim top spot, Liverpool hosted Manchester City at Anfield in what at the time was the season’s biggest game.

Once again it a match where both sides had chances, but City were definitely the ones who felt they should have had the win. They had penalty shouts on top of the chances they created, before they finally got a penalty in the 86th minute.

Riyad Mahrez stepped up, as usual taker Sergio Agüero had been substituted earlier, and he fired it over the crossbar. With a golden opportunity so late in the game, City may well have been able to seal an immensely important win.

Maybe Liverpool would have been able to score a goal to force a draw, no one knows. But what is clear is that Mahrez missing the penalty resulted in both teams tying the match. Had City scored, they would have more than likely have won.

Looking at the table now, had City won, they would be ahead four points. With just six games remaining for Liverpool this gap may have proved to be insurmountable.

Origi snatches a win at the death in the Merseyside Derby

The Merseyside Derby between Liverpool and Everton is always an intense affair. With a title potentially on the line for the Reds, the Toffees had extra incentive to try and beat their city rivals.

The match was great with opportunities for both sides and some particularly amazing saves. Although Liverpool shaded it, both sides could have taken the lead had the finishing been better.

The derby seemed destined for a 0-0.

But that didn’t happen.

Instead, in the 96th minute searching for a later winner, Liverpool launched the ball into Everton’s 18-yard box.

The ball broke to Virgil van Dijk, who tried to hit a volley towards Jordan Pickford’s goal. Unfortunately, the centre back didn’t catch it well and ended up striking the ball into the sky, seemingly letting Everton off the hook.

The Dutchman even turned away in disgust and began jogging back to his defensive position.

The ball drops and falls awkwardly towards the roof of the net. Pickford, who seemed to have his eyes locked on the dropping ball, moved in a way that portrayed a nervous goalkeeper questioning what to do.

His intervention just managed to keep the ball in play as it bounced off the crossbar, only to once again bounce on the crossbar, before it generously fell for the waiting Divock Origi.

Origi, who has played a minimal part in Liverpool’s season, took a chance and put himself in position to take advantage of any mistake from Pickford. Some may call it luck, others would point towards the striker’s instinct, but regardless the whole sequence of events that transpired gifted Liverpool the three points.

Last weekend’s match was one of the biggest of the remaining matches, as Liverpool hosted Tottenham Hotspur.

At this point in the season, the Reds can’t afford to drop any points, as they have to keep the pressure on Manchester City.

Meanwhile, Spurs are in a tight race themselves as they compete for a top four finish. With Arsenal, Manchester United and Chelsea all in close proximity, every point is vital.

The match itself didn’t have many clear opportunities for either side, but Roberto Firmino scored a header in the first half to give Liverpool the lead after a peach of a cross from Andrew Robertson.

Despite their positive start, they couldn’t maintain the lead as Spurs equalised about halfway through the second half through Lucas Moura.

Once again, a tight game was poised to end in a draw, when luck shone on the Reds.

In a remarkably similar fashion to the late winner in the Merseyside Derby, Liverpool scored in the 90th minute.

A cross was whipped into Hugo Lloris’ area before getting headed away outside the box. Liverpool quickly shifted the ball out wide to get another cross in and it found Mohamed Salah.

The Egyptian forward headed the balls towards goal, forcing Lloris into a save which hit Toby Alderweireld and ended up in the back of the net.

Pep’s reaction to that Alderweireld own goal…😂 pic.twitter.com/39WBDOiGrc

Alderweireld was credited with the own goal and Liverpool went on to seal a 2-1 win. Talk about some good fortune.

The signs point towards Liverpool

Right now, most people would agree Manchester City have the advantage in the title race. They are a point ahead with just six games remaining.

However, looking back at the season they’ve both had, it seems clear there is something working in Liverpool’s favour.

On four instances the Reds should have dropped points. Ordinarily any team would have. On the occasion, sure it’s bound to happen that a club will salvage a point or a win through a fortuitous goal, decision, or mistake.

For Liverpool, it has happened four times already, and in high profile games.

Could this mean this will finally be the year Liverpool wins a Premier League title?

Only time will tell, but what is clear so far is that if there is one team with luck on their side, it’s Liverpool.