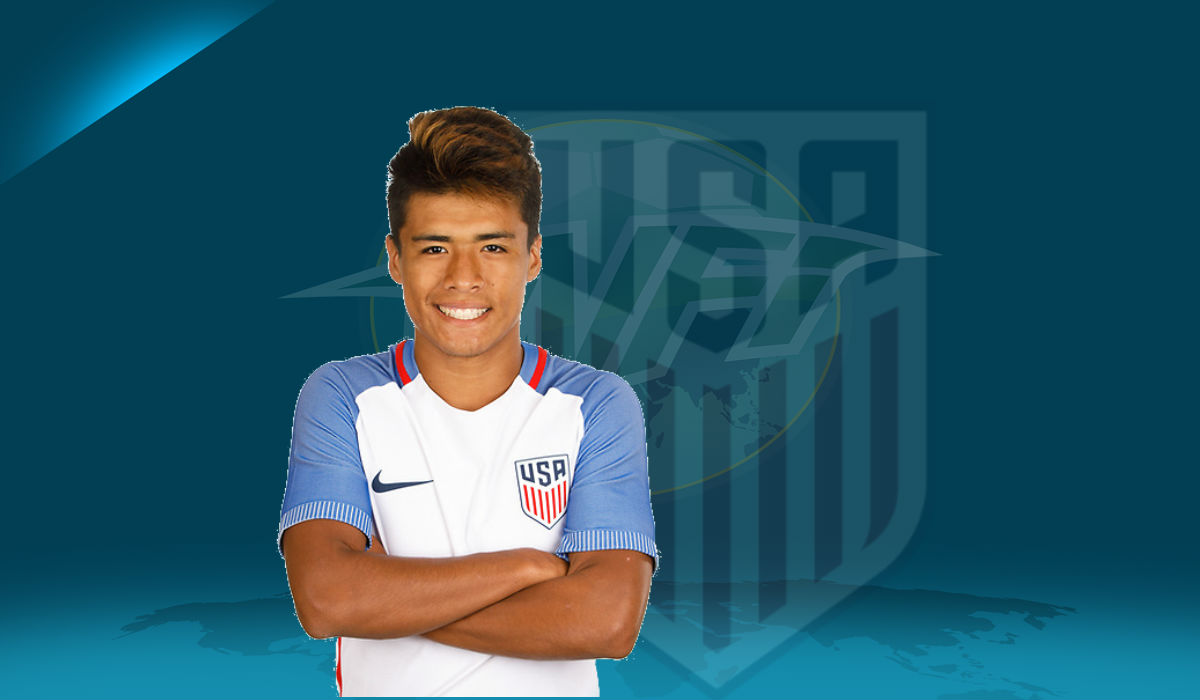 Ulysses Llanez, one of the brightest young footballing prospects in the United States, is now under contract with German side Wolfsburg where he has been training for several weeks.

The forward turned 18 today and will continue working at the Bundesliga outfit before officially joining when the transfer and registration window reopens in the summer.

Llanez had effectively been without a club since leaving LA Galaxy II last year, but has been starring for the United States U20s and was part of the side which won the 2018 CONCACAF Under-20 Championship in Florida. He scored seven goals at the tournament, and was named in the best XI.

He was one of his side’s standout players and alerted a number of teams in Europe, and he will now join the growing number of USMNT hopefuls plying their trade in Germany.

Llanez is also likely to star for the USYNT U20s at this summer’s World Cup in Poland.

Other Bundesliga based youngsters who could be included in the squad this summer include Chris Gloster and Sebastian Soto of Hannover 96, Bayern’s Chris Richards, and Llanez’s former LA Galaxy II team-mate, Alex Mendez.

Like Mendez, the 18-year-old was also eligible for Mexico and represented them at U16 level, but luckily for the USA he eventually opted to play for the country of his birth.

Widely considered one of the most naturally talented players in the US youth teams, Llanez is a tricky, creative player with good pace and crossing ability.

He is able to play on either wing and is willing to use his weaker left foot as well as his stronger right, putting doubt in the minds of opposition defenders.

He also possesses a powerful shot with his right peg, and isn’t afraid to have a go at goal from outside the area.

Llanez is under contract with Wolfsburg as of today, and will officially join when the transfer window reopens on June 1st.

He will join compatriots Michael Edwards and USMNT senior international John Brooks at the Lower Saxony based club, and will be hoping to feature for the first team sooner rather than later in order to boost his own chances of a senior call-up under Gregg Berhalter.