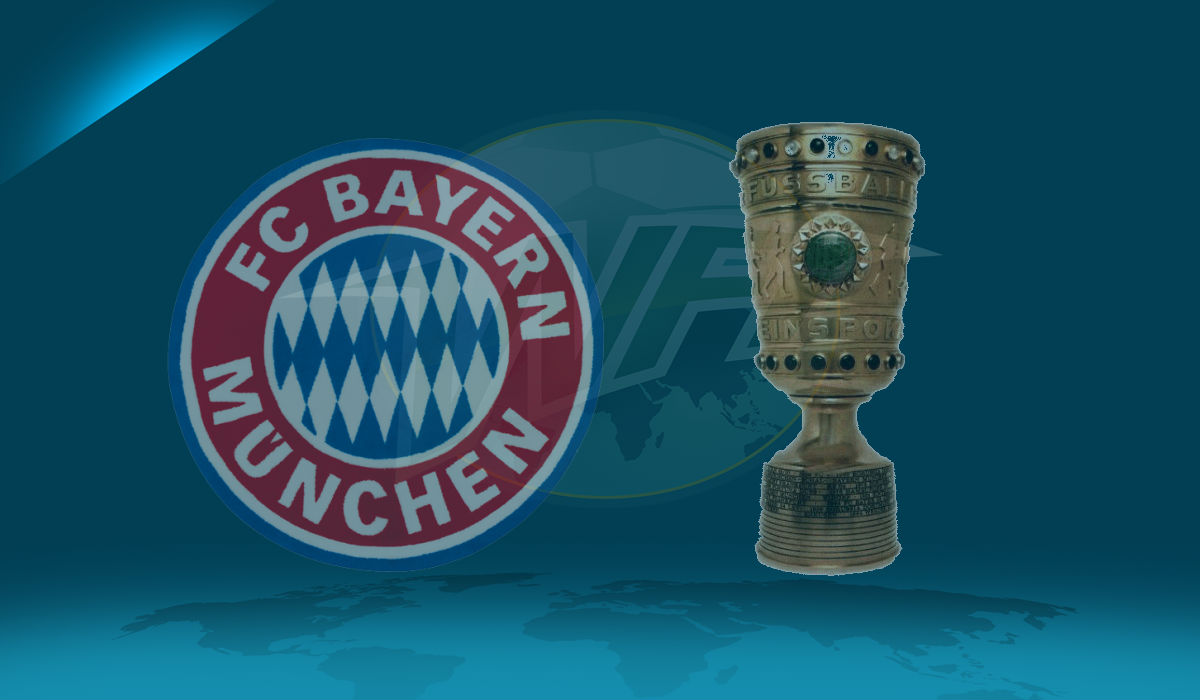 Rather than some kind of formality for Bayern München, the DFB Pokal final between the Bundesliga champions and RB Leipzig was rightly a game that many were eagerly anticipating.

The quality and experience of Bayern is obvious, but they have shown vulnerability enough times this season to give hope that an upset could happen for the second successive time.

Last year it was Eintracht Frankfurt, under the stewardship of Niko Kovac, who unexpectedly overcame Bayern to lift the golden trophy. This year Kovac was back, but as Bayern coach and looking to be the first man to complete a domestic double in Germany as both a player and a coach.

Opponents Leipzig had enjoyed a good Bundesliga campaign, finishing third and grinding out a goalless draw against Kovac’s side just a couple of weeks ago.

Going into the game, speculation continued to circulate over the future of Kovac and whether or not this would be his last game in charge of Bayern, regardless of result.

For all the uncertainty of Kovac, there was certainty that is was to be Arjen Robben and Franck Ribery’s final appearance for the club after glittering careers that have seen them cement legendary status at the Allianz.

Neither started, but Manuel Neuer did return to the starting line up after a brief lay-off with injury. Another player possibly making a farewell appearance was Timo Werner. The Leipzig forward has been heavily linked with a move to Bayern, but even if he doesn’t go there, he looks certain to leave after not signing a new contract.

If you hadn’t watched the game, it wouldn’t surprise you to hear that Robert Lewandowski opened the scoring for Bayern on 29 minutes with a terrific arching header. However, up until that point, Leipzig had been the better side and created opportunities. Were it not for an outstanding save from Neuer, Leipzig would’ve had the lead they deserved.

Football can be a game of fine margins though and it might be considered a cliché, but it’s true that if you don’t take your chances you can be punished.

Leipzig didn’t take theirs and Lewandowski duly punished them for it.

The goal itself was all about the Polish striker’s ruthless ability in the box as he leaned backed and expertly headed it goal wards with enough curl to evade the diving Peter Gulasci.

From then until half-time, Bayern hit their groove as Leipzig clung on for dear life. Only a combination of last-ditch tackles, a very good save from Gulasci and a fantastic goal-line block from Ibrahima Konate prevented Bayern putting the game out of sight before the break.

The second half started in much the same way as the first and Leipzig clearly benefitted from the opportunity to clear their heads and regather at half-time. They looked dangerous and seemed certain to equalise as Yussef Poulsen was sent through on goal, but Neuer pulled off an excellent save to deny him.

It was reminiscent of Neuer at his imperious prime and proved as vital as a clearance off the line shortly after, because Leipzig’s hopes soon went with it.

The champions drew on their considerable experience to rally from the pressure and in a moment of brilliance, the game was done. The first touch, tight turn and finish from Kingsley Coman was exquisite. Leipzig claimed a foul from Lewandowski and there was a case to be had, but after VAR check, the goal was allowed to stand.

The formalities of VAR may have interrupted celebrations, but it was a goal worthy of winning any cup final.In reality, it was the goal that ended this DFB Pokal final and although Leipzig kept going and looked for some hope, there was no way Bayern were letting this go.

Robben and Ribery entered the fray to enjoy the send off they’d deserved. Whilst they were saying their goodbyes, it was a welcome back for Corentin Tolisso after a serious knee injury that saw him miss eight months of action.

With time ticking away, a mistake from Dayot Upamecano was pounced upon by Lewandowski and he ruthlessly dispatched the opportunity that Poulsen had earlier spurned to make it 3-0. There was still time for Robben to miss a good chance to add a fourth before the final whistle.

Elation for Bayern, but heartbreak for Leipzig. They’d given a good account of themselves, but Bayern just had too much for them on the night and crucially, were more clinical. It will be interesting to see what Julian Nagelsmann can do with this promising group of players though.

For Bayern, there was a smile from Kovac that perhaps hinted an uncertainty his personal future as his players celebrated around him. The men who will decide his fate applauded from the stands as the players rightly enjoyed the fruits of their labour and quickly adorned commemorative t-shirts to parade the impressive gold trophy.

In a season where Bayern have won another double, it is perhaps harsh that talk will still be about failure in the Champions League and question marks over the immediate future of the coach, but this is Bayern.

In the short term, they can enjoy the success of adding two more trophies to a plentiful cabinet, but for the long term, there’s still work to be done and it remains to be seen if Kovac will be the man to lead it.