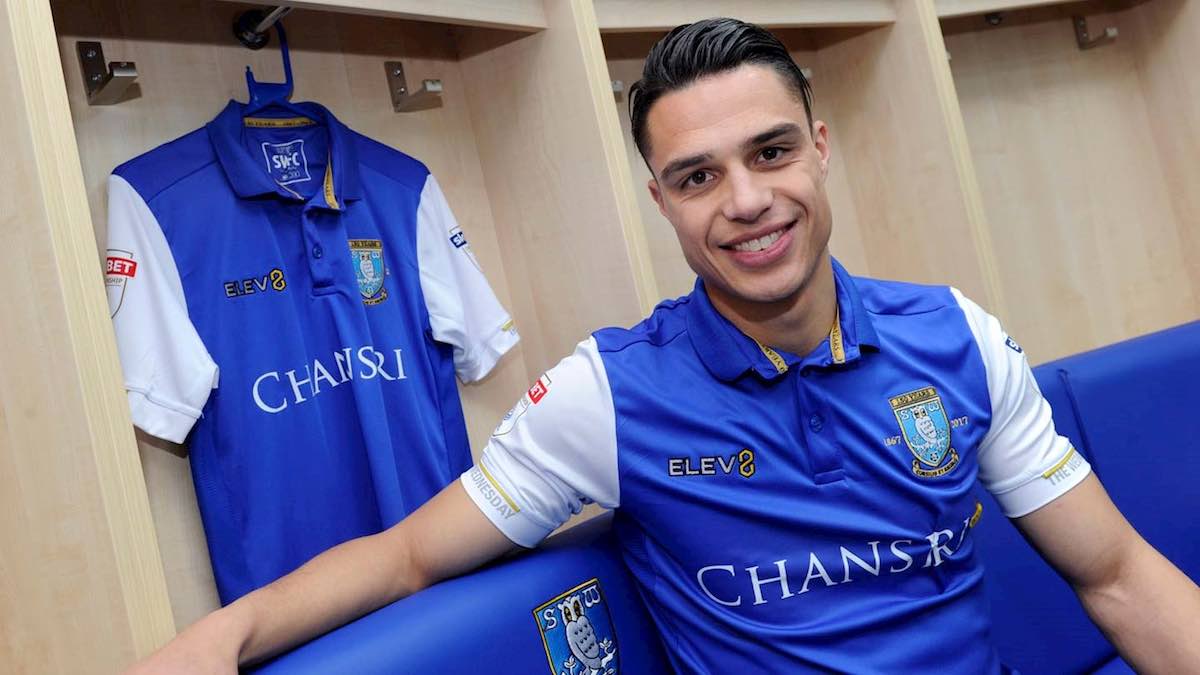 James Rowe interviewed Sheffield Wednesday midfielder Joey Pelupessy exclusively for WFi. They discussed the differences between the English Championship and the Eredivisie, and a change in position thanks to Patrick Kluivert.

Yes I arrived at Sheffield Wednesday from Heracles Almelo in January 2018. I was very happy with my transfer and I am still really happy here.

I am really enjoying my time at the club so far and it has been really good for my development not just on the pitch but also off it, but the most important is that things are going well on the pitch.

I have managed to play a lot of matches and make over 50 appearances for the club.

The tempo of the Championship is really high and you play against fantastic clubs in great stadiums so my time here has been really positive so far. I really enjoying playing in matches with a great atmosphere.

Sheffield Wednesday is a big club and actually bigger than I expected, in all honesty. It is a real people’s club with a beautiful stadium with a lot of history and nostalgia.

They are a pure English football club. They reached the Championship play-off final in 2016 which they unfortunately lost and they really want to get promoted to the Premier League. It would be really special to achieve that.

This season is almost finished and we had a difficult time back in December, but at the start of the new year we only lost two in 20 matches.

We are playing well and we hope to continue our good form onto next season where we hope to reach the play-offs and gain promotion to the Premier League.

You played for seasons for Heracles Almelo in the Netherlands. How do you look back on your time there?

I had a fantastic time at Heracles Almelo. I came from FC Twente where I came through the youth set up and debuted in the first team at the beginning of my career.

I decided to go to Heracles Almelo, and when I arrived they were fighting against relegation. That was difficult arriving from FC Twente who are the biggest club in the east of the Netherlands where I won league with Jong Twente

I managed to adjust well and the following season was fantastic. We managed to win the Eredivisie play-offs to achieve European football for the first time in the club’s history.

We finished 6th in the Eredivisie that season and went on to beat FC Groningen and FC Utrecht in the final. It remains the only time that Heracles Almelo has played European football which was a fantastic experience. That season I played all the matches and I had the feeling that I had broken through and became a professional footballer.

I received confidence from the club and the back room staff. We managed also to finish in the top ten of the Eredivisie throughout my time at the club, and that gives me a nice feeling. All in all I look back with fond memories of my time at Heracles Almelo.

Joey Pelupessy, that is all. #swfc pic.twitter.com/59ryg63WZF

Do you see clear differences between the Championship and the Eredivisie?

Yes definitely. I must also say that the way of playing in the Championship is very different. The top ten of the Championship: they play very careful and good football, such as Aston Villa, Leeds United, and Midddlesbrough. They also have very good players who can play at a good level.

When you play against mid-table teams and relegation candidates — against such opponents as Bolton Wanderers and Millwall — you experience kick and rush, and it was something that I had to get used to in the beginning. In the Eredivisie I was always used to applying pressure in the midfield, playing man to man, and playing against footballing teams.

There is a difference in the playing style of the Championship where the intensity is really high with a lot of power and energy. Players chase every ball and run themselves into the ground.

Experiencing playing at such an intensity has been such a good thing for my development as a professional footballer. In my first few weeks at Sheffield Wednesday I realised that I had to play the ball quicker and look around me, otherwise I would lose the ball.

I am delighted with my choice to come and play in the English Championship.

You have played professional football in the Netherlands and in England. Could you say who are the best players you have played alongside in your career so far?

I have been fortunate to play with many good players. If I look back on my time at FC Twente as I young player I played with Dusan Tadic, who is still a really good player. Also Nacer Chadli is a very good player and I played alongside Leroy Fer in midfield.

Moving onto Heracles Almelo I always though Oussama Tannana was a very good player. He was very decisive in the season we won the Eredivisie European play-offs.

Wout Weghorst, too, and you see how his career has developed currently at Wolfsberg in the Bundesliga, and Ilias Bel Hassani at Heracles Almelo, too.

I must be careful not to forget anybody. If I look at my time here at Sheffield Wednesday I play alongside Barry Bannan in midfield, and for me he is a fantastic player. Steven Fletcher also has a lot of experience playing for big clubs including Olympique Marseille.

It is great to play alongside experienced players who have a lot of quality.

I can imagine in your position as defensive midfielder that you have come up against many good opponents. Are there any that have stood out for you?

At Heracles Almelo I played a lot of matches in the Eredivisie against top teams. I always thought that Davy Propper was a very good player.

Karim el Ahmadi was a player who I always thought was a great midfielder and Davy Klaassen too.

Here in England we played away at Chelsea in the FA Cup in January. Chelsea played with somewhat of a b-team but still with fantastic players such as Willian, Ross Barkley and Mateo Kovacic.

You saw that they had a lot of quality and it was a great experience to measure yourself against such players. I believe that can only make you better as a player.

Finally, Joey, could you say who are the managers or coaches that have played a key role in your development as a professional footballer?

Yes, at FC Twente Steve McClaren gave me my debut so I will always be grateful to him for that. Before then I was regularly taking part in training with the first team.

At Jong Twente I had Patrick Kluivert and he was the one that put me into midfield. Before that I was always playing in defence or at right back.

I always thought of myself as a defensive midfielder and we became Champions under him.

At Heracles Almelo Henri Kroezen, who is currently assistant to Peter Bosz at Bayer Leverkusen. In my second year at Heracles Henri really worked with me after training about awareness and finding my way around the pitch. He really helped me and gave me confidence in combination with John Stegeman, who was my manager at Heracles Almelo. It was key to my development as as professional footballer.

Loading...
Newer Post
Did NYCFC’s James Sands Deserve A Spot On USA’s U-20 World Cup Squad?
Older Post
Bayern At The Double As They Win The DFB Pokal – Bundesliga Zeitung