Did NYCFC’s James Sands Deserve A Spot On USA’s U-20 World Cup Squad? 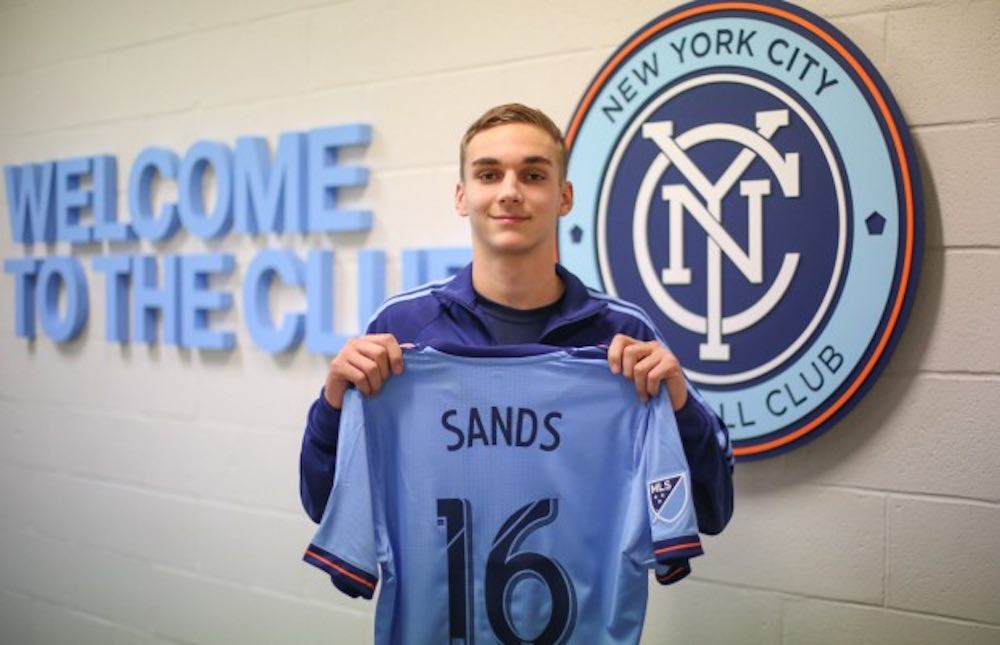 The U-20 World Cup is underway in Poland and the United States are on track to advance from the group stages. Their opening match against Ukraine ended in a 2-1 defeat but they have since followed this up with a 2-0 win against Nigeria.

They sit third in the group, tied on points with Nigeria and three behind leaders Ukraine. With a final group game against Qatar, who are yet to score a goal, the Americans are favourites to win and progress.

Yet, over on home soil as the MLS season continues, one question has emerged in correlation to the U-20 World Cup. Should New York City FC’s James Sands have been included in this U-20 World Cup squad?

Who is James Sands?

Homegrown talent Sands has started all but one of NYCFC’s games so far this season, missing the game away to Montreal Impact due to an injury. He has started 11 games, and in more than one position.

In his first six outings Sands started in the defensive midfield position. Since then, the 18-year-old has operated at center back for the club.

Considering his age and the extended first team experience he has had in Major League Soccer, it raises the aforementioned question. His flexibility also adds to the argument. Sands can feature at the center of the park or in one of the center back positions.

However, he faced stiff competition to get into the squad.

Sands has performed exceedingly well in the middle of the defence of late, and looking at that position in the U-20 squad, they currently have three players to fulfil the role.

Aboubacar Keita has started the first two group games at center back. On loan from the Columbus Crew, Keita has featured three times for the Richmond Kickers. Sands has had more first team experience considering his recent emergence in the NYCFC starting eleven.

His center back partner, Chris Richards, is an academy player for Bayern Munich. Richards impressed and managed to get signed by the Bundesliga giants after a successful trial following his time at FC Dallas.

Although he lacks much first team experience aside from minutes in the International Champions Cup last summer, Richards has featured at a higher level of youth football.

Lastly, Mark McKenzie makes up the trio of center backs for the US U-20 side. Currently with Philadelphia Union, he featured 19 times last season.

However, this season he has only made two appearances between a loan at USL Championship side Bethlehem Steel FC and Philadelphia Union.

McKenzie featured in USA’s win against Nigeria, coming on in the 60th minute. Were it not for an offside call one clumsy challenge in the area would have led to a penalty.

Should that one mistake define whether or not he should be in the squad over Sands? Of course not. However, it is worth considering Sands continues to benefit from the faith NYCFC coach Domenec Torrent has in him as he starts MLS games on a regular basis.

While Sands continues to fight to retain his place in the NYCFC starting eleven, the US U-20 squad continues to push on at the youth World Cup in Poland. The future of the USMNT looks bright, both at home and abroad.