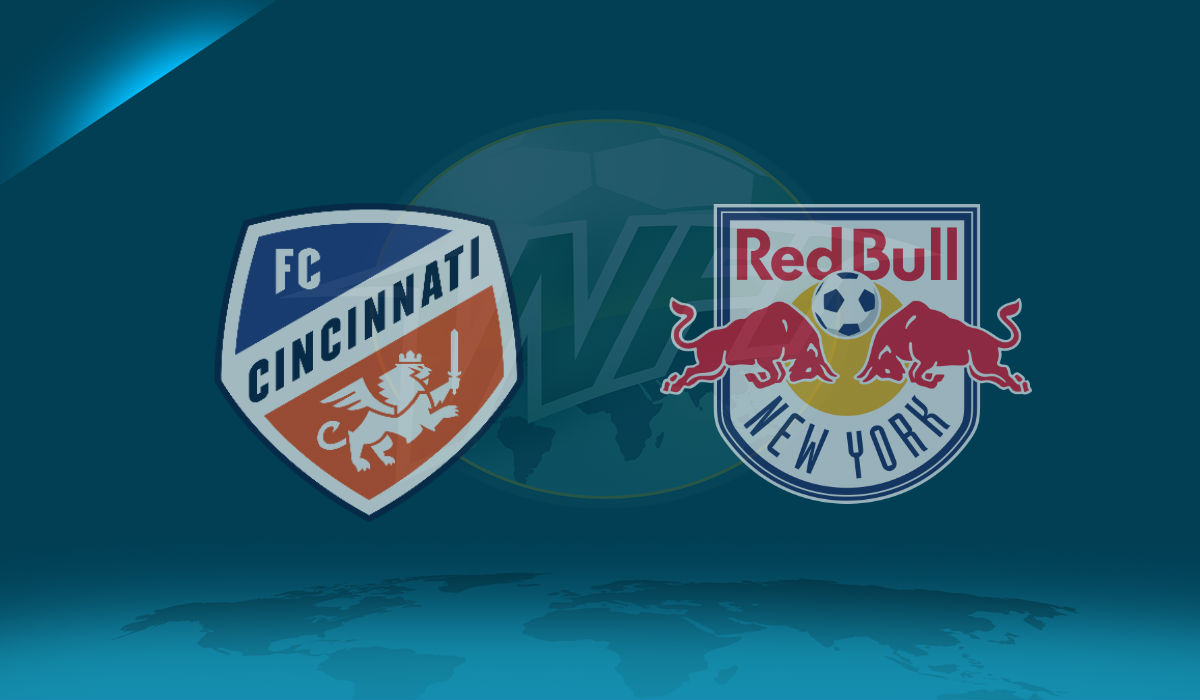 The Orange and Blue are desperate for a positive result over the weekend after their terrible run of form.

Meanwhile their opponents have vastly improved of late. The Red Bulls will want to keep the momentum going in this Eastern Conference clash.

Cincinnati have won just once in their last nine games. During that run, they only managed to score four and conceded 18.

This poor run of form includes a 1-0 loss to this Saturday’s opponents courtesy of a goal from Connor Lade.

The club currently languishes at the bottom of the Eastern Conference with 11 points from 13 games. Their last game ended in a comprehensive 5-1 away loss to Orlando City who are just two points ahead in the league table. Cincinnati have scored the lowest number of goals throughout the entire MLS.

They have also conceded a total of 23 goals, leaving them tied for the league’s third worst defensive record.

There is certainly room for improvement for the Orange and Blues, and that will have to start as soon as possible.

The New York Red Bulls suffered a similar disappointing streak earlier in the season. Between March 2 and April 20, the team won once, tied twice and lost six times from a total of nine games.

Ironically, their turn in form came in the aforementioned match against FC Cincinnati. Since then, the Red Bulls have lost once, tied once and won four, including victories against LA Galaxy and Atlanta United.

In their last outing, New York Red Bulls drew with Vancouver Whitecaps. They performed quite well on the night and perhaps deserved all three points. The team exploited spaces out wide exceedingly well through the performances of Derrick Etienne and Alex Muyl.

They have coped better than expected after concerns over how they would perform in the Englishman’s absence.

One of the reasons for this has been the emergence of academy forward Brian White. He has scored three goals in the six games he’s featured in so far and was especially integral in the draw against the Whitecaps.

White scored the equaliser in the first half to tie the game at 1-1, before whipping in a low cross that was deflected into the goal by Vancouver defender Andy Rose.

Important to note that New York Red Bull’s run of form has come mostly in home games. Of their last six games, five have been played at Red Bull Arena. Away from home, the club hasn’t performed as well with a record of one win, two draws, and two losses.

The game on Saturday will be huge for both clubs. FC Cincinnati will want to put their poor run of form right with a win which will take them above the New England Revolution in the Eastern Conference.

Conversely, New York Red Bulls will want to maintain their improved performances and work on their away form. Should they win, it would be their first consecutive set of wins away from home after beating FC Dallas earlier this month.

Greg Garza is a doubt for the match after recently suffering a calf injury. Likewise, so are Corben Bone and Allan Cruz according to the Orange and Blue’s match program. A cruciate ligament injury sustained in March means Jimmy McLaughlin will miss the game.

Aaron Long may make his return after a hamstring injury which has kept him out for the past two weeks. Tim Parker is available again after serving a suspension. Andreas Ivan is a doubt with an ankle injury. Florian Valot, like McLaughlin, will miss out because of a cruciate ligament injury.

A knee injury has ruled out Vincent Bezecourt. Lastly, as previously mentioned, Bradley Wright-Phillips will likely not feature with a groin injury.