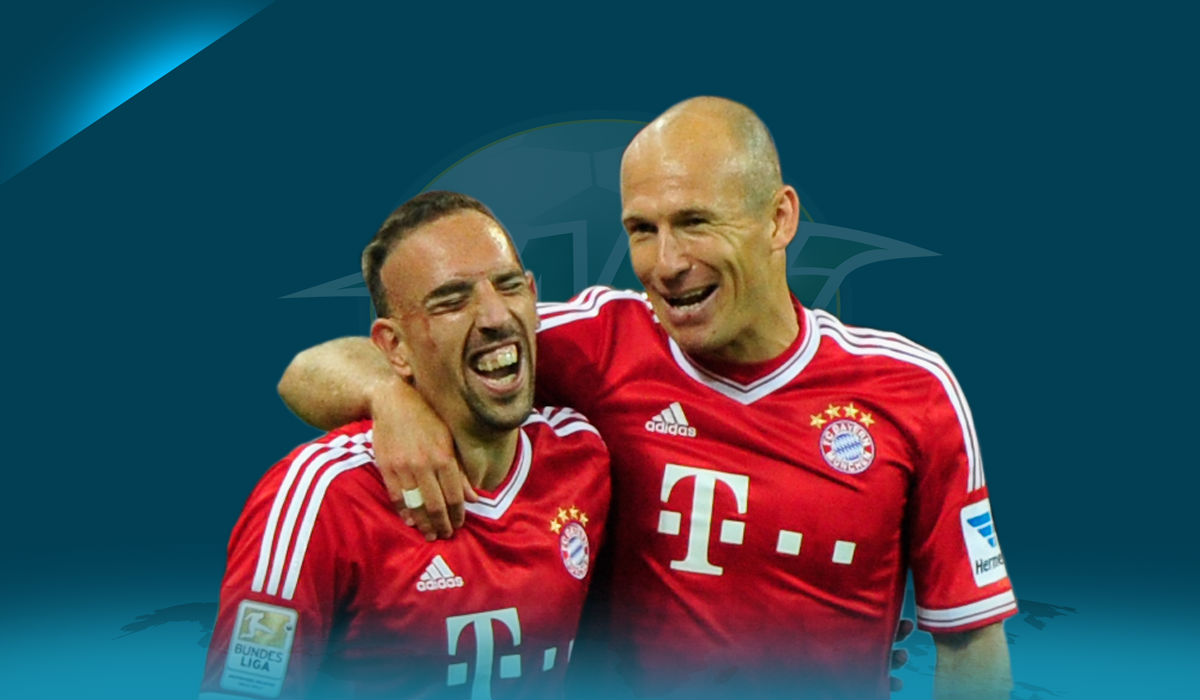 So, another Bundesliga season is over and it ended with the predictable outcome of Bayern München winning a 7th successive title.

However, that doesn’t tell the whole tale of an eventful season that I will retrospect in full after the DFB Pokal Final, because there may yet be announcements that put things further into perspective.

Instead, this edition of the Bundesliga Zeitung will focus on the final day of a storied campaign that still had a couple of twists and turns left to tell.

We’ll start will some simple formalities: an already safe Schalke played out a goalless draw with Stuttgart, who were already confirmed to finish in the relegation play-off spot. Schalke have an important summer ahead and incoming boss David Wagner does offer the Royal Blue fans hope that they will, at least, be in for a more entertaining year next season. Stuttgart have shown signs of improvement recently and will need every ounce of it to ensure they keep their place in the Bundesliga.

Bottom of the table Nürnberg showed why they are where they are in a 5-1 thumping at the hands of Freiburg. Also relegated Hannover put up a bit of a fight in a 2-1 defeat away to Fortuna Düsseldorf.

Those were the only matches on match day 34 that had nothing riding on them, the other six games either involved the title or the battle for European places. Not bad for a league often criticised for lacking competitiveness.

It’s true that too often, the title race has not been a race at all, and actually more of a procession than a race. This year has been different, with Bayern often contributing to it by way of stumbling on hurdles they were expected to clear. A final day show-down at the Allianz against Niko Kovac’s former club Eintracht Frankfurt, who themselves needed a win, was seen as from a formality.

Over in Mönchengladbach, Borussia-Park was the venue as Borussia Mönchengladbach took on Borussia Dortmund. Both teams desperately needed the win, Gladbach to claim the final Champions League place and Dortmund to maintain their slim hopes of the title.

An early goal from Kingsley Coman was exactly what the table-topping Bayern wanted and was a worrying development for a Frankfurt side that have been running on fumes in recent weeks. Bayern continued to push and increase their advantage. It seemed Serge Gnabry had done just that 25 minutes in, but the goal was ruled out by VAR for offside.

That goal being chalked off gave Dortmund supporters something to cheer about as their own team was struggling to settle against a Gladbach side that had rattled the woodwork. Shortly before half-time, a Marco Reus run ended with him being caught late in the box and despite VAR reviewing the incident, the penalty was not awarded.

Dortmund have been on the sharp end of VAR in recent weeks, but this incident only fuelled their desire and, a couple of minutes later, they took the lead through Jadon Sancho. VAR was again called upon to review whether or not the ball had gone out of play before Reus set the goal up. It was very close, but replays suggested the whole of the ball had not crossed the line and the goal eventually stood.

Both sets of supporters let their feelings towards the technology be known.

Marco Reus set up Sancho’s volley after just keeping the ball in play, according to the video assistant referee after a long, long delay. Judge for yourself.

“You are destroying our sport” chants from the Dortmund end re VAR. #bundesliga pic.twitter.com/iJyeuR8ZVe

So, at half-time it was status quo in the title race, but the battle for fourth position had taken a turn. Kai Havertz netted his 17th Bundesliga goal of the season to give Bayer Leverkusen the lead and despite Valentino Lazaro equalising for Hertha Berlin, a Lucas Alario goal before the break had restored their lead and put them clear of the pack.

In turn, the Europa League places were becoming an intriguing story that would continue to unfold. Wolfsburg were certainly doing their part, racing into a three-goal lead at the break with Wout Weghorst registering a brace.

Meanwhile, Julian Nagelsmann was bidding farewell to Hoffenheim before his summer move to Leipzig. His team took an early lead away to Mainz through Ishak Belfodil and doubled it courtesy of Andrej Kramaric, but Christoph Baumgartner receiving his marching orders for the visitors a few minutes before half-time would prove to be a turning point.

With Wolfsburg winning so easily, it meant Werder Bremen’s hopes of crashing the Europa League party were being dashed, despite Milot Rashica putting them ahead against Leipzig.

In Munich, Adi Hütter introduced Sebastien Haller as a half-time substitute for Frankfurt and it was a move that only took five minutes to bear fruit. His goal was not only a boost to Frankfurt, but also provided Dortmund with a glimpse of hope that this title race might just have one final twist.

Sadly for Lucien Favre, his team and the Dortmund fans making plenty of noise in Mönchengladbach, hope only lasted a few minutes. David Alaba restored Bayern’s lead in the game and their two-point lead at the top of the table.

Before @FCBayern's second goal: I think the key was @David_Alaba's one-touch pass to Coman before the WB arrived there. Thus Coman could create 1v1 against @Eintracht CB. #Bundesliga #FCBSGE pic.twitter.com/LjMRLV6zDJ

Dortmund then doubled their lead against Gladbach as Reus finished off a smart team goal in an improved second-half display. Shortly after at the Allianz, a goal from the unlikely source of Renato Sanches all-but confirmed the inevitable.

It meant that with half an hour left in the season, attention was drifting slightly from the title race and onto who would get the final Europa League place. Julian Brandt had already scored a third for Leverkusen in Berlin and they were firmly in fourth place with Gladbach and Frankfurt both losing.

Frankfurt had gone from having a firm grip on fourth place just a few weeks ago to now sitting in eighth place in the live table, just outside the European places.

It was a tougher path to the title than usual for Bayern and they had to win on the last day to seal it, but they, uh, did pic.twitter.com/cxTAgAQ5dR

Frankfurt’s hope now rested on the shoulders of Mainz, and with a man advantage they were putting Hoffenheim under pressure. Daniel Brosinski pulled a goal back from the penalty spot for the hosts and the comeback was on.

An equaliser from Jean-Paul Boetius was ruled out by VAR, but Hoffenheim’s relief and Franfurt’s anguish was short-lived. Boetius found the net on 83 minutes to make it 2-2 and this one stood. It was a goal that meant Frankfurt were back in the Europa League and Hoffenheim would be the team missing out. That was confirmed in the closing stages as Boetius scored again in the last minute and Jean-Philippe Mateta added another in added on time. Heartbreak for Hoffenheim was solace for Frankfurt.

The Eagles were having their feathers plucked by the champions. Franck Ribery and Arjen Robben had been introduced to make their final Bundesliga appearances for Bayern and, as if they had written the script themselves, they each scored to seal a 5-1 win and a record 28th Bundesliga crown.

A relatively straightforward 2-0 win for Dortmund over Gladbach ended a positive campaign that exceeded expectations, but still carries the disappointment of a missed opportunity.

Leipzig finished third, despite eventually losing 2-1 in Bremen; whilst fourth was confirmed by Leverkusen running out 5-1 winners in Berlin, with Alario completing his hat-trick.

Behind them, Gladbach capped an encouraging campaign with a fifth-placed finish, just above Wolfsburg on goal difference. The Wolves completed an incredible 8-1 demolition of Augsburg that included Weghorst getting a hat-trick to finish joint-third on the top goal scorers list, headed by Robert Lewandowski.

Franfurt took the final Europa League with their seventh place finish and it meant Bremen and Hoffenheim narrowly missed out.

Your final #Bundesliga table of the season, not bad considering Bayern Munich were nice points behind Borussia Dortmund. pic.twitter.com/gjdMihochV

It really did prove to be an intriguing final day of a season that provided plenty of competition and there’s more to come.

This coming Saturday sees RB Leipzig face newly-crowned Bundesliga champions Bayern München in the DFB Pokal final at the Olympiastadion in Berlin and I’ll be covering that in the next edition of the Bundesliga Zeitung.