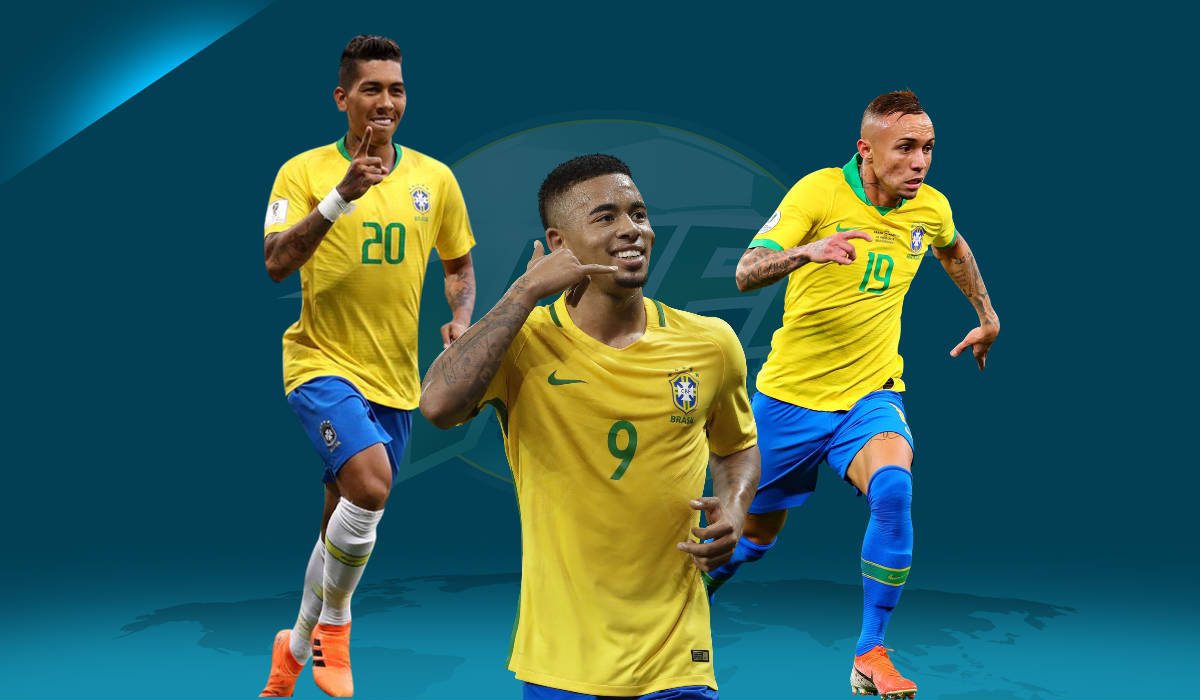 Brazil lifted the Copa America for the first time since 2007, and were able to do so without their supposed star player, Neymar, and despite being down to ten men for the final 20 minutes of the final.

Gabriel Jesus will appear in the highlight reel for reasons good and bad, assisting the first goal, scoring the second and then being sent off for a second bookable offence.

But much of this latest triumph will focus on the absence of Neymar, who is yet to win a major senior honour for his country.

Brazil managed to win the Copa without Neymar, but could they have won it with him?

That guy we saw playing for Santos on those grainy YouTube clips has gone, swallowed by his own brand and playing for a club who aren’t exactly darlings of modern football.

He is still one of the best footballers around, but has grown too big for his lucratively sponsored boots, perhaps through no fault of his own.

The free spirit on the football field, the most exciting player to come out of Brazil for a generation, and the next in a long line of entertaining Brazilian footballers is now merely a sideshow, and not for football reasons.

No Brazilian player since has reached the level of hype and excitement Neymar did while still playing in his homeland, but there are now many more effective players for the Selecao.

The angle that Brazil won the Copa America partly because of Neymar’s absence rather than despite it is an easy one to suggest, but that doesn’t mean it’s an inaccurate one.

Will Peru deny Tite the chance of becoming a genuine Brazil hero? pic.twitter.com/OcbNNe8WuT

Manager Tite didn’t really know how to replace Neymar in his lineup, but the problem of who should replace him seemed easier to solve than that of where to play Neymar and who to play alongside him.

It began with David Neres, Roberto Firmino, and Richarlison, but ended triumphantly with Everton, Firmino, and Gabriel Jesus, at least until those nervy final 20 minutes.

Everton especially impressed off the bench in the opening two games of the tournament, and by the time of the first meeting with Peru in the final game of the group stage, he and Jesus were given a go in the starting lineup. They strengthened their case for inclusion for the remainder of the tournament during a 5-0 win.

Everton is the inventive dribbler with a good engine and plenty of unpredictability. The 23-year-old is still based in Brazil, with Gremio, but won’t be for much longer after starring in this tournament.

Positionally he’s taken Neymar’s place on the left, but in reality the Paris Saint-Germain man has been replaced by a new style and a different mindset among the forwards.

There is no supposed star player for Brazil players to look for each time they get the ball, and they go about their business with a clear mind.

Firmino has solved Brazil’s centre forward problem, but that looked like it could mean trouble for the player actually wearing the No. 9 shirt, Gabriel Jesus, but Tite has found a way to use them both.

Jesus has enjoyed a good run of form in the final four games of this tournament, playing from a position wide on the right but regularly drifting into central attacking positions. Some of his linkup play with Firmino has been a joy to watch, and his cross to Everton in the final was as outstanding as the finish itself.

Brilliant from Gabriel Jesus to set up the opening goal of the #CopaAmerica final.

Nice skill followed by a great cross to Everton on the far side, finished off well on the volley by the Gremio man pic.twitter.com/2IHHeElZTA

Jesus also brings an intense work rate to match Firmino’s, and across this front three Brazil have as much industry as they do flair.

Jesus’ cross for Everton kicked things off in the final. The Manchester City man beat Miguel Trauco with a nice bit of deception, before finding the left-winger in acres of space at the far post. It was still a difficult finish but Everton volleyed home superbly just as the ball was about to touch down on the Maracanã turf.

Peru came back into the game via a Paolo Guerrero penalty, generously given for hand ball against Thiago Silva, but Brazil’s attacking trio were at it again shortly after.

Jesus played a neat flick to Firmino, but the striker, dropping deep as is his wont, couldn’t quite win possession. Peru took the ball but this is when Firmino is at his most dangerous. He didn’t give up, and his mind that ball should still be is. He slid in perfectly from behind to win it back.

Arthur picked up the pieces and drove forward before choosing the perfect moment to play Jesus through on goal. He had drifted from the wing into the position vacated by Firmino, and slotted coolly past Peru goalkeeper Pedro Gallese.

Only one Brazilian goal this Copa America where none of Coutinho, Everton, Firmino, Jesús was not involved:

Marquinhos assisting Casemiro in the group game vs Peru.

Arthur was now in on the act, representing a midfield which, on paper, has everything. It’s almost Barcelona-esque in its balance of passing, creativity, drive, vision and tenacity. Two of these players — Arthur and Coutinho — play for the Catalan club, while Casemiro patrols in front of the back four for Real Madrid.

Criticism of Coutinho’s time at Barça has been over the top, but he’s taken much more to this Brazil lineup than he has to Barcelona’s. At times he is almost part of the front three. Maybe Barça should consider Tite as their next manager…

Firmino should have made it three in the second half after being fed by Jesus following a good run through the middle of the park from Coutinho, but he pulled his shot across goal. Once Jesus was given his marching orders there was a feeling that this miss could be costly, but Tite quickly changed his plan, introducing Richarlison and Éder Militão to help regain control of the game.

It was fitting that Everton had the final say. With Firmino and Jesus now off the pitch, he won a penalty which was converted by Richarlison, who plays his club football for Everton…

Can’t wait to be back in my new @nikefootball Vapors. Available tomorrow at Nike.com/football . #NikeFootball #Nike #Mercurial

Neymar will no doubt be pleased. He’s not the bad guy he’s often made out to be when it comes to his teamwork, concern for team-mates, and his country’s cause. He took his captain’s role very seriously, for example. But part of him will be disappointed that he couldn’t have furthered his own individual legacy with an international trophy.

At 27 the mercurial attacker still has a chance to turn things around, but in order to do so he may have to change a few things off the pitch before things start to come good on it, just as they came good for Brazil at the Maracana.