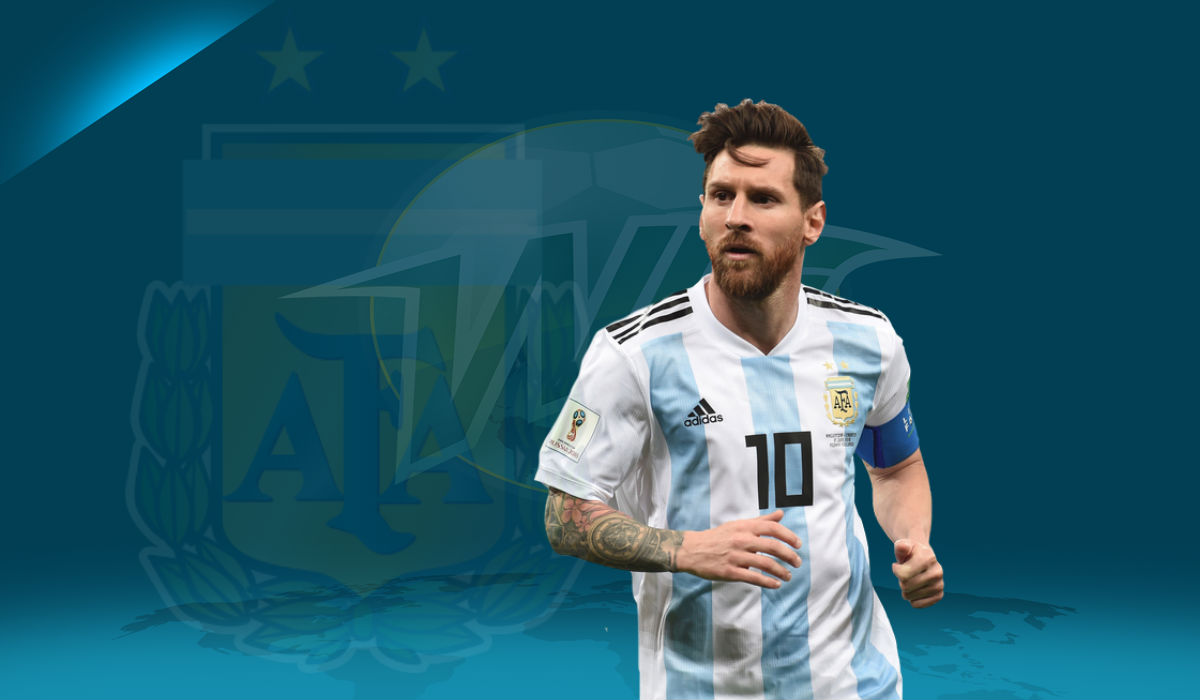 The headlines are always Messi, whether he does enough to make them or not. He’s marked out as the reason Argentina win or the reason they lose, often unreasonably so on both counts.

The sub-editors didn’t have to do much to engineer a Lionel Messi headline following Argentina’s Copa America third place play-off against Chile.

He left a bit on Gary Medel as the Chilean centre-back ushered the ball out of play, before nudging him off the field towards the advertising hoardings. Medel responded like a rutting stag, pushing his head and chest into Messi stopping just short of headbutting him.

Someone explain to me how Messi ended up with a red card… pic.twitter.com/V0JOczqPTM

Messi held his ground, and a melee ensued. Without taking time to think about what he’d just seen, Paraguayan referee, Mario Díaz de Vivar, raised his red card high in the air at no one in particular, but gestured in such a way to indicate that he was sending both players off.

With Medel’s head still in his chest, Messi looked up in disbelief at the flash of red.

This stunning photo tells the story: Messi shocked he has been given a red, Medel still with his eyes firmly fixed on his prey, calculating whether he has time to finish the job before he is removed from the pitch by armed police. pic.twitter.com/ye98WCCgO7

There were encouraging signs for Argentina towards the end of this Copa America, but Messi’s own tournament ended with him walking off the pitch in São Paulo having been sent off for just the second time in his career.

That they played quite well, at least after the group stages, almost made it more disappointing for La Albiceleste.

They didn’t disgrace themselves in the 2-0 semi-final defeat to Brazil, and were on the end of some questionable decisions (more on that later) but when anything other than victory is seen as failure, it still wasn’t enough.

It’s the constant conundrum for Argentina, and therefore Messi. Their team isn’t good enough to win international tournaments, but they are still expected to do so.

Of course they have a collection of very good players, but they’re rarely well organised, and no longer have biting tackling and recovery pace of Javier Mascherano in front of the back four to help save them from opposition counter-attacks.

Captain Mascherano was one of the reasons, along with Messi, they were able to progress to the final of the 2014 World Cup, and the defensive midfielder averaged 4.3 tackles and 2.6 interceptions per game at the tournament in Brazil.

Messi won the Golden Ball, and even though the award should probably have gone to Colombia’s James Rodriguez, it did feel like Messi’s World Cup. But Messi’s international script always contains an unwanted plot twist and Argentina lost in the final to Germany.

The Copa America, on paper, should be easier for Messi to win as it contains none of the powerhouses of European football, but it’s a unique tournament which needs more than just a group of good players in order to succeed.

The Chile team which has been so successful in previous editions was built on ideas of how to play the game and how to operate effectively as a group.

These were instilled by Marcelo Bielsa and continued by Jorge Sampaoli, with the latter winning the country’s first Copa America in 2015, on home soil. A number of star players emerged on the back of this and they won the Copa again in 2016.

But Argentina have also tried both of those coaches without success. The problem runs deeper than coaches and players.

Bielsa was owed £350,000 in unpaid wages by the Argentina FA at one point during his tenure.

“Bielsa met with AFA president Julio Grondona when he returned from Germany on Friday, but no agreement was reached. Jose Pekerman, Grondona’s deputy, said: ‘We don’t know what’s happening.’”

Pekerman’s words summed it up, and sum up a lot of what’s happened since. The plans and ideas seen in those successful Chile sides are something Argentina lack.

Even going into this Copa, manager Lionel Scaloni was seen as a caretaker boss, but ended up being given the job at least until the end of the tournament because there was no real plan — through no fault of Scaloni’s.

The occasional ray of light broke through. Lautaro Martínez was promising, Messi and his mate Sergio Aguero played well enough later in the tournament, and Argentina finished third, but it’s still not enough.

Messi rallied against what he saw as injustices, not just in his sending off but in the semi-final against Brazil when Aguero was fouled in the box prior to Brazil’s second goal. VAR was in operation but the referee chose not to view the replay.

“Brazil were not better than us,” said Messi after Argentina’s elimination.

“They found the net early and the second goal came from a penalty they didn’t award. The officiating was crazy. There were clear penalties, on [Nicolas] Otamendi, on Kun [Aguero].

“He [the referee] was on their side. In every divided ball or dispute, he went their way. It’s not an excuse, but the truth is that, in this Copa, they kept on blowing for stupid things, for handballs, penalties.

“But they didn’t even go to VAR when there were clear plays that should have been looked at.”

For once Messi might not have been the reason Argentina won or lost. Inconsistent use of VAR and poor officiating was to blame. But for them and Messi to win a trophy it still feels like someone else — possibly a coach, but more likely something higher up — needs to be the reason, and Messi needs to be part of it.

Loading...
Newer Post
No Neymar No Problem For Brazil As Firmino Jesus And Everton Steal The Show
Older Post
Brian Hamalainen On 2 Bundesliga Quality And Playing Alongside Koulibaly