Brian Hamalainen On 2 Bundesliga Quality And Playing Alongside Koulibaly 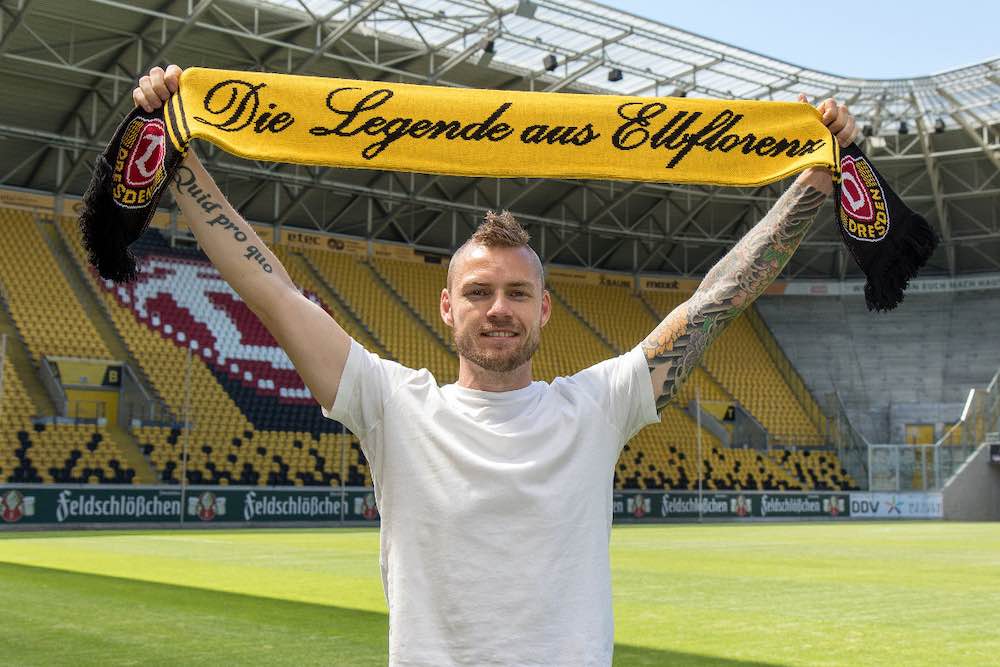 James Rowe spoke to Dynamo Dresden defender Brian Hämäläinen exclusively for WFi. They discussed his time playing in Belgium and Denmark, the mentality of Kalidou Koulibaly, and the influence of Francky Dury.

You signed for Dynamo Dresden in 2018. How are you enjoying your time at the club so far and how would you describe the club?

I have really enjoyed my first season in Dresden, especially in exceeding my expectations regarding my responsibility on the pitch and the trust I have received from all three managers that Dynamo Dresden has had this season.

Each one of the managers we have had gave me a lot of trust and confidence, and that it really nice.It has given me extra courage for next season.

Also the people involved in and around the club and the back room staff take their responsibilities seriously.

How would you describe the level of the 2. Bundesliga in comparison to your experiences playing in your native Denmark, and also in Belgium?

I played the previous seven years in Belgium and I would say the level of the 2. Bundesliga is higher, not only footballing, wise but also the interest from social media, and the fans and the stadiums are also fantastic.

In comparison to Denmark it is also higher. My first thought when I came to Belgium was that it is higher than the Danish Superligaen.

There are also dominant teams in Denmark, such as FC Copenhagen, Brondby, and FC Midtjylland, and it’s similar in Belgium. But I would say that the 2. Bundesliga has a higher level than the top league in both those countries, in my opinion.

You mentioned your time in Belgium where you played for Genk and Zulte Waregem. How do you look back on your time in the country, and playing for those clubs?

I really enjoyed my time in Belgium. I can definitely say that I made the right decision when I moved from Denmark to the Belgian first division because I felt taking that step was a step in the right direction.

Sometimes you see young players moving to bigger clubs and they do not stand a chance of playing, so I look back on starting my career playing regularly, and that is why I managed after only one season to transfer to one of the five biggest clubs in the country in Racing Genk.

My time at Genk was not what I expected. I did not get as much playing time as I wanted, and that was the reason I moved back to Zulte Waregem to kick-start my career, and to play football again, and that in turn eventually brought me to Dynamo Dresden in Germany.

Having played for a number of clubs in different leagues, could you say who are the best players you have played alongside so far in your career?

I have been very lucky to play with many good players. At Genk, for example, Kalidou Koulibaly, who is now playing for Napoli in Serie A. He is a fantastic football player and it has been wonderful to see how he was developed and managed to go on to play at a higher level.

He has a fantastic personality, is a really humble person and works really hard. He is not a guy that shows off and you can see that at Napoli in his body language. He does what he is supposed to do. I appreciate the qualities he has as a player.

Also when I look at players playing in Italy, Timothy Catagne, who is now playing at Atalanta. He has come a long way since his time with the reserve team at Genk, and you see how hard he has worked in his career to get to where he is now.

Those two players are really good examples of how you can improve your career by having the right mentality and working hard every day in order to improve yourself as a player. I really enjoy following the careers of the players I played alongside.

I can imagine in your position as a defender you have come up against many good opponents during your career so far. Are there any that stand out?

Yes, here in Germany there are many good individual players, and I must be honest by saying that I have not really caught their names precisely.

I would also mention my second stint with Zulte Waregem. We were lucky to play in Europe against the likes of Nice, Lazio, and Vitesse Arnhem. I remember in the match against OGC Nice that Allan Saint-Maximin really made a good impression, and he is a fantastic footballer with a lot of speed.

I have always seen myself as a good football player but those are the experiences when you realise that some of your opponents are much quicker than you!

You do your best, of course, but sometimes you need to accept that you cannot catch them. Speed is a difficult thing to defend against.

Here at Dynamo Dresden I have often played in the left back position and we have changed formation a couple of times. You meet other challenges, for example, I am not the tallest player and when you have to defend against an opponent that is above six feet tall you need to be smart and find other ways to defend and adjust your style of playing.

I must say that has turned out in a good way so far, which in turn has given me even more confidence as a player.

Finally, Brian, could you say who are the players or coaches that have played a key role in your development as a professional footballer?

There are a lot of coaches that can be important for a professional player, especially when you are young and have a coach that placed a lot of trust in you. I received that a lot particularly during my time in Belgium.

I will be honest and say that a very special coach, not just in terms of personality but also in the confidence he placed in me, was Francky Dury at Zulte Waregem who is still manager at the club now.

He gave me so much trust to go out and perform well on the pitch. He is the manager that has helped me the most to develop my game and therefore improve my level as a player.