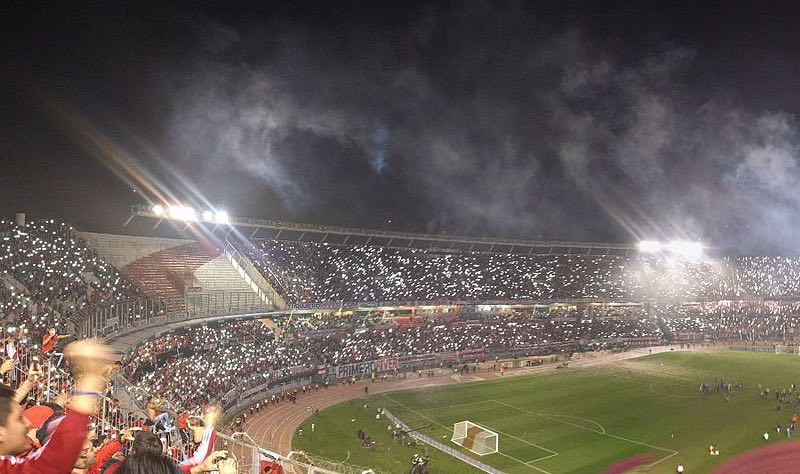 River Plate’s famous youth academy is producing another batch of youngsters who will begin to get more first team opportunities over the coming months and years.

In fact, the club has made a notable pivot away from outside recruitment towards developing homegrown footballers recently. We look case-by-case at each one’s chances of becoming a star at El Monumental.

The most high-profile of the young players making a name for themselves is the Argentina U-20 striker Julián Alvarez.

He made his full debut in 2018 and even featured in the final minutes of the epic Boca-River Copa Libertadores final in Madrid due to an injury and suspension crisis that hit El Millonario ahead of the clash.

The game came prematurely for him and he didn’t star in the Bernabeu but he has certainly impressed on other occasions.

So far in 2019 he has scored goals against quality opposition such as Independiente and Internacional. His movement is quick, and he finishes chances well–a nightmare combination for defenders.

Julian Alvarez with another neat finish. This boy is an incredible talent. https://t.co/moKQvddJAT

He also wears Enzo Francescoli’s famous No. 9 shirt, and people close to the youth setup have said their expectations are as high as they were for Javier Saviola at that age.

Alvarez had trials with Real Madrid as a young boy and a European future inevitably awaits the young man from Córdoba. River fans will just hope they get to see him star at home before his move abroad.

Another member of the Argentina U-20 squad, Ferreira has already had a big impact on the first team scoring crucial goals in both domestic and continental competition this year, filling at least some of the void Pity Martinez left by leaving for Major League Soccer.

He has a phenomenal ability to shoot from long range and has already notched up an impressive amount of goals from outside the area.

The club reacted to his fantastic form swiftly to move his release clause up to €25m in March, and 2019 will already go down as his breakthrough year.

Ferreira has a small light frame which makes it tricky for defenders to mark him when he accelerates away from them with the ball.

Cristian Ferreira is the most experienced of the ‘kids’ coming through. Skilful attacking midfielder. He is 19 and has made several appearances. Don’t miss his golazo to seal 3 points vs Aldosivi in October:pic.twitter.com/v8s8tP3gJd

He still has some aspects of his game to work on. His coach Marcelo Gallardo has become visibly frustrated with him a few times after wasting possession or critical set pieces needlessly.

He will also need to improve defensively to convince Gallardo to start with him more often. As he matures, his is very likely to attract interest from abroad.

Completing River’s trio of Argentina U-20 internationals is Santiago Sosa. He is a deep midfielder known more for his technical ability than for crunching tackles.

He likes to read the game, screen off opposition attacks, and find a free teammate with a simple pass once in possession.

He rarely makes runs into the opposition box, preferring instead to be correctly positioned in order to break up the opponent’s next attack.

His appearances at U-20 level already attracted attention. Everton decided to pay his €15m buyout clause in June, but the transfer hit a snag. Sosa does not have an EU passport and was denied a work permit in the UK. For now, the transfer seems dead, or at least on hold.

He has only featured a handful of times in the first team mainly due to the competition River have in that area. Leo Ponzio, Enzo Perez, and Bruno Zuculini all find themselves ahead of him in the defensive midfield role (known as the No. 5 in Argentina).

If the club progresses in the Copa Libertadores and Copa Argentina, Sosa may get more chances to start league games in September or October as Gallardo rotates his squad.

Marcelo Gallardo’s son has been on the fringes of the River first team for a couple of years and features regularly for the reserves.

Up to now he has struggled when playing for the first team, but will get more chances to prove himself.

With Casco and Angileri ahead of him at River, he may even be a candidate for a loan spell elsewhere in Argentina.

Sibille is another youth player who has struggled when given first team opportunities. He has played several times at centre-back when River have rotated, but not usually successfully.

He conceded a needless penalty versus Union in January and has yet to get close to consideration for the full strength XI.

He will get more chances to prove himself this semester if the team progresses on the continental front after both Luciano Lollo and David Martinez left on loan.

Another one of the club’s contingent from Argentina’s second city Córdoba, Beltrán joined River from Instituto in 2016 at a time when Racing and Lanus also assessed the possibility of taking him to Buenos Aires.

The 18-year-old is a fixture in the reserve team where he scores regularly. Fast, strong, and with a lethal shot, Beltran is a highly rated striker who forged a good partnership with Julián Alvarez before the latter graduated to the first team permanently.

Beltrán played and scored in every youth division at the club and has made four appearances for the first team to date when Gallardo decided to rest his senior players.

His first team appearances will likely be scarce in 2019 as River have five quality forwards when all fit and available, but he is certainly a name to look out for over the coming year or two.

Ezequiel Centurión (goalkeeper), Benjamin Rollheiser (striker), and Elias Lopez (right-back) also joined the squad on their pre-season training camp in USA but have yet to make their competitive debuts in the first team.

Another talented forward, the 19-year-old has exploded onto the scene in recent weeks. On the club’s tour of USA he scored in a friendly vs Chivas, and this week made a big impact coming off the bench in a Copa Argentina tie vs Gimnasia Mendoza.

The youngster is quick, left-footed, and likes operating in wide areas. His game is all about taking on a defender and shooting or playing a teammate through on goal. He has a release clause of $20m.