Stateside Soccer: Writing The History Of Soccer In The United States 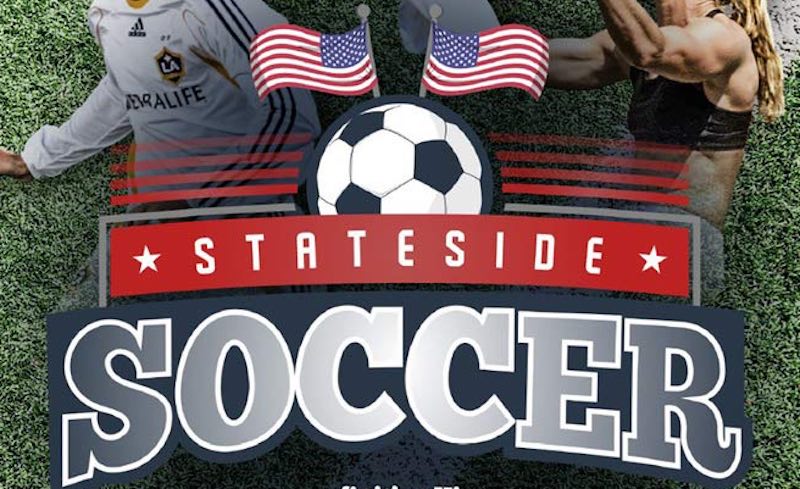 Fifth Avenue, New York City. The world capital of frivolous spending and upmarket stores such as Adidas, Saks Fifth Avenue, Louis Vuitton, Burberry, Michael Kors and every major outlet you can think of.

It’s also the street where an idea for a book was thought out by a 20-year-old guy from Milton Keynes, England, who was in the midst of finishing his dissertation documentary on concussions in non-league football.

While everyone was busy trying to find a necklace for a loved one, a basketball shirt of their favourite player, or an item of clothing to make them look fashionable, I was busy standing in the soccer section of Fifth Avenue’s Barnes and Noble wondering exactly why there wasn’t a book out on soccer in the United States.

I distinctly remember seeing The Mixer by Michael Cox and Das Reboot by Raphael Honigstein on the shelves, two incredible books and two of my favourites, but not a thing on their own game.

As a student who was finally willing to learn about something, I was keen to pick up any book I could find on the NASL, USMNT/USWNT, or an overview of the history of US soccer, but I couldn’t find anything. Nothing.

I flew back to the United Kingdom disappointed that I still hadn’t found what I was looking for (a bit like Bono) but I didn’t think any more of it.

I had a film to complete and a World Cup to look forward to. I finished the film (below) and the World Cup was marvellous. England did well and it seemed like the sun never went down.

It was perfect, but I had to think of a new project to start now I had finished university. There were no more assignments, no more deadlines for essays, it was the real world now and in a weird way, it took me back to that time in Barnes and Noble.

You always get told to find your niche and try to capitalise on that, and it spurred me to think outside the box. It spurred me, rather ambitiously, to try to write a book. A book on the history of soccer in the United States, because an entire history of it had never been done before.

There had been books written on specific eras, but never anything that covered the entirety of its history.

I remember planning it all rather seamlessly. The research was enjoyable because I was learning new things every day.

I didn’t know that the origin of soccer in the United States started due to a high ranking member of society trying to abolish slavery, and his grandson being moved to Boston in order to avoid confusion when the government tried to arrest his grandfather.

I never knew that post-World War I America had fallen in love with soccer and, certainly in the north east area of the country, soccer was the second biggest sport in the county behind baseball.

I never knew that the first Englishman to play in the World Cup played for the United States and had actually had a stint with Tranmere Rovers.

I never knew that off the back of the 1930 World Cup, Manchester United sent a boat out to sea to meet James Brown, one of the USA’s star players, in order to beat other clubs to his signing.

I never realised just how jam packed with gems the history of US soccer was until I started this book.

My book, “Stateside Soccer”, is available to Pre-Order on Amazon ahead of its July 29th release date (available in the US is October 1st)

Will be an amazing feeling to finally get it released, with every major aspect of soccer in the US covered!

If you want to know about the origins of the sport in the United States, it’s in this book.

If you want to know about the American Soccer League and how major industries that benefitted from World War I, created teams to compete in the league, and managed to sign some of Scottish and English football’s finest players, it’s in this book.

The history of the USMNT and the success of the USWNT? It’s in here.

If you were ever curious as to how the NASL was formed and how George Best was set to be the star name the New York Cosmos signed until Pelé became available, and how Trevor Francis was named Detroit’s Sexiest Athlete, it’s in this book.

Everything that you could think is here. No stone is left unturned, every detail is found and everything you need to know is here.

Learn about how a nation that apparently doesn’t love soccer/football actually has one of the longest, richest histories of the sport in the world.

The United States, both in the men’s game and the women’s game, are trying to change the perception of themselves in this sport.

Every tournament, every game, every media appearance: it means more to them because they have the sport on their back.

They have the sport on their back because there is the perception that US soccer is a new idea, when it really isn’t.

My one hope, out of all of this, is that when I return to New York City later this year in late October, I want to see two things:

I want to see the New York Yankees win the World Series and I want to see Stateside Soccer: The Definitive History of Soccer in the United States sitting on that Barnes and Noble shelf alongside other top books.

I want to be able to see that people can go into the sports section and be handed something new, something enlightening, and something that can legitimately change the perception of soccer in the United States for the better.

Loading...
Newer Post
Who Are Favourites For The 2019-20 Superliga Argentina?
Older Post
The Leagues Cup: The Right Tournament In The Wrong Place At The Wrong Time